With the weekly 13 Questions segment, I try to be as diverse as possible when it comes to featuring people from all walks of entertainment and pop culture as opposed to just film. That said, I thought it would be really cool to feature someone from the cosplaying community, and who better than Monika Lee? She's a talented cosplayer who makes her own costumes and has won numerous awards at various conventions. You can keep up to date with Ms. Lee and her appearances by checking out the links below, and check out her many other amazing costumes while you're at it! 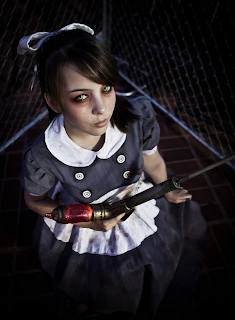 1. Who are you and where are you from?
My name is Monika Lee and I am an Atlanta-based cosplayer.

2. Where might people know you from?
I’ve been cosplaying since 2006, creating over 50 costumes, cosplaying around the country. So you may have seen me at a convention or two!

3. When it comes to what you do, who or what are your major influences?
I have many influences within the cosplay community (Yaya Han, Riddle, Volpin Props, Kamui Cosplay, to name a few). Our community is so full of incredibly talented costumers and I look up to all of them hoping I can learn more!

4. What four peoples' faces would you put on your own personal Mt. Rushmore?
Haha, I would put my friend Jessica Nigri up there because she makes the most incredible faces, along with my friend Katie George’s eye. And then Jackie Chan and Walter White (Breaking Bad). I’m kind of weird…:)

6. What are the last movies you saw in theaters and on DVD/Blu-Ray?
Last movie I saw in a theatre was the Dark Knight Rises and the last one I saw on DVD was Cabin in the Woods.

7. What's the last podcast you listened to?
I don’t listen to podcasts! I mostly just stream Netflix shows or listen to Pandora. 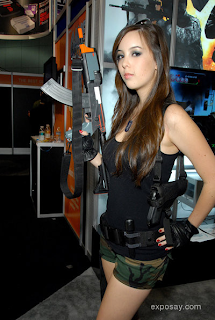 9. What's the last book you read?
I recently re-read George R. R. Martin’s a Song of Ice and Fire series. He better get hoppin’ on the next book…

10. What are your favorite sports teams?
Being French Canadian, my family and I are big Habs fans and my dad went to Duke so we’re also huge Duke basketball fans. But since I go to Georgia Tech, I gotta cheer for them too. :) 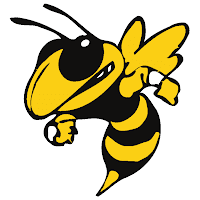 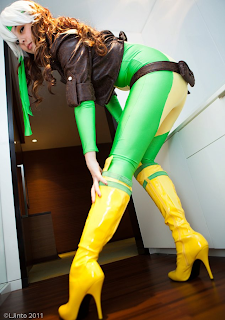 I really like Rogue from X-Men because she’s so sassy, but is sort of tragically alone because of her abilities. However we’re not exactly the same because I don’t have superhuman strength or the ability to fly…haha

12. Create a playlist of ten songs that give people an idea of your musical taste.
-Ain’t No Rest For The Wicked by Cage the Elephant
-One Mint Julep covered by Joe Grandsen
-Short Change Hero by the Heavy
-Paradise by Coldplay
-Reckoner by Radiohead
-Derezzed (remixed by the Glitch Mob) by Daft Punk
-Seven Devils by Florence + the Machine
-Diet Mountain Dew by Lana Del Rey
-Mary Jane’s Last Dance by Tom Petty
-Crystallize by Lindsey Stirling

13. If you could spend the day at an amusement park with one person from the entertainment industry, who would it be and why?
That’s really hard to narrow down…haha. I’d say Matt Smith (Doctor Who)! Because he’s quirky and cute and has a glorious British accent. Also I’m assuming we’d be riding around in his Tardis. 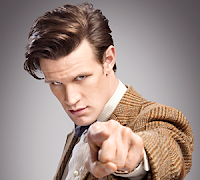