Pascal Laugier, you've done it again. You've made a movie with a plot that one would have to tip-toe around in order to review without spoiling anything. French filmmaker Laugier, as pretty much all of you may know, made quite the impact on the horror community a few years ago with the divisive and brutal MARTYRS. I was worried that, like some of his peers from the New French Extremism movement, he would either disappear (I'm looking at you Christophe Gans and Fabrice du Welz) or just surrender to the Hollywood system and become a remake machine (Alexandre Aja). Well, Laugier has resurfaced with THE TALL MAN - a somewhat misleading film about a mythical figure who abducts children - and, being a huge fan of MARTYRS, I couldn't be happier. Well, except for the "misleading" part that is.

Set in the small mining town of Cold Rock, Washington, THE TALL MAN initally starts out almost as a modernized, dark fairytale of sorts. Jessica Biel plays a single mother named Julia, who works in the medical field and operates out of what looks like a decrepit house in the midst of a town with a seemingly dwindling population. Children are being abducted at an alarming rate and the disappearances are tied to a local legend of sorts know as "The Tall Man", who apparently appears in the middle of the night and snatches up little kiddies. It's only a matter of time before the local legend hits a little close to home for Julia (literally and figuratively) when her son is kidnapped. She immediately pursues the shadowy figure, but as things begin to unravel it becomes clear that not all is what it seems. 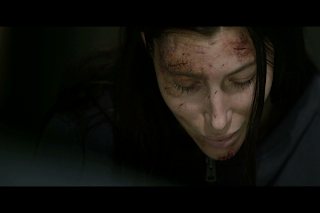 I, for one, thought MARTYRS was a fluke. Either that or Pascal Laugier had become considerably better as a filmmaker and storyteller after his fairly dull directorial effort HOUSE OF VOICES. Either way, I didn't think he would be able to follow up MARTYRS with something as clever and, for better or worse, thought-provoking. I still stand by that statement after seeing THE TALL MAN, although it appears he has indeed developed a fondness for tricky storytelling. Like MARTYRS, THE TALL MAN takes an unexpected turn at a certain point, which forces the viewer to look at everything in a different perspective. Depending on who you ask, that can either be a good or bad thing. Both films are very similar in terms of structure and execution, but that's all I can really say without spoiling anything or influencing how people view this movie. 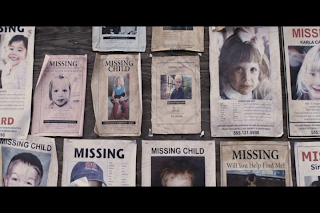 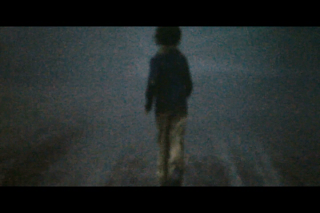 Since I can't really talk about anything plot-related, I'll go over a few things that I found to be noteworthy. For one, Laugier is great at executing jump scares. He did it to an extent with MARTYRS and he does it again with this one, especially in the first half. Secondly, I'd really like to know Laugier's thoughts and theories on religion. I hate to keep bringing up the director and MARTYRS instead of just focusing on this film, but they all sort of tie together anyway. The vague religious aspect (if you can even call it that) of MARTYRS goes without saying if you've seen it, but with this film in particular there are some creepy religious undertones that are touched on but never explored. Something else worth mentioning is the look of the film. The cinematography and general look reminded me, of all movies, of Lucky McKee's THE WOODS, in that it looks like the hue or saturation were increased to create an "off" look, which is fitting considering the nature of the film. 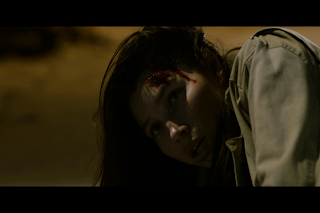 Jessica Biel is an interesting actress. She seems to go back and forth between mainstream movies and lesser-known films with modest budgets, and as much as she stars in stuff like POWDER BLUE and LONDON for example, it doesn't appear to decrease her value as a commodity. A lot of people may not look at her as a good actress, but I think a lot of that has to do with how gorgeous she is and how her looks may overshadow anything else she does. But, you have to give Biel credit where credit is due: while she doesn't reinvent herself and go "method", she tries and she takes chances with certain projects when she could easily be complacent as RomCom eye-candy or an Action starlet. She's not entirely believable as a single mom in a small town, again, because of her looks, but she does a good enough job here with what she's given to work with, and her presence goes a long way. Also appearing in the film is Jodelle Ferland, who's been quite prolific in the horror genre for years despite barely turning 18 years-old just a few days ago. Her character in this is a mute and she does a pretty good job as well. I wondered why she didn't use sign language since she's a teenager and has apparently been mute her entire life, but once you learn about her background, it kinda makes sense that she wouldn't have been provided the opportunity to do so.

Again, I have to tread carefully with this review, but I also feel the need to explain my score. I won't outright spoil anything, but I may be saying too much in this last paragraph. If you haven't seen it, I'd recommend giving THE TALL MAN a shot as a rental and seeing it for yourself. It's an interesting conversation piece and I wouldn't necessarily talk anyone out of seeing it, but be warned: it's a tad misleading. That being said, read on at your own risk. My main problem with the film isn't so much the turn that the film takes, or even the placement of said turn (which was the most surprising thing for me), but rather Laugier's inability to follow through with it in a way that won't completely turn some people off. While I did like certain apects of the direction that the film took, I also found it to be too deceitful and not clever enough for such a drastic turn to work. I thought the first half was a very effective, tense, and unsettling thriller with elements of a horror movie, and by the time THE TALL MAN had ended, it had become an almost unrecognizable - but not completely hollow - shell of its former self. Like MARTYRS, Laugier ends THE TALL MAN in a controversial manner, but in a way that generates different responses and feelings. Nonetheless, the ending will make you think. Overall, an interesting effort on Laugier's part that ultimately kinda falls flat.