It was over a year ago that Horror Movies And Beer posted the trailers for the French Neo-Gialli/Horror films BLACKARIA and LAST CARESS, and I've been highly anticipating those films ever since because: 1) I'm a fan of Gialli, 2) the French make pretty kick-ass movies, and 3) I appreciate the Danzig and Misfits references. Cut to present day, and now they're sort of available to North American fans; LAST CARESS will be released on Region 1 DVD any day now, and both films are available as a double-feature through an imported Region-Free release. I contacted one of the two directors of the aforementioned films, François Gaillard, and he was nice enough to talk about his influences and what sort of music and films he's into. 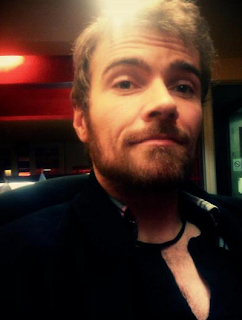 1. Who are you and where are you from?
My name is François Gaillard. I live in Montpellier. I studied cinema in highschool… but it was a very French way to learn… very theoric… So,I decided to shoot my own films. I started with very bad short… because it was difficult for me to find my own artistic identity… I was lost between French new wave, and the influence from American cinema… Then, I discovered Italian horror films. At first, Dario Argento’ s movies, then Lucio Fulci, Mario Bava, Sergio Martino, Umberto Lenzi… and finally, I became very curious.

I discovered a lot of french movies from 70’s that we have forgotten here (like Henri Verneuil or Philippe Labro’s stuff) and polish cinema (Andrezj Zulawski, Roman Polanski) . And then, I felt the need to try something very different that I made before… this need was so strong, that I decided to produce myself my own first feature: BLACKARIA. A giallo, that I co directed with my friend, Christophe Robin. I was caring about the camera, the aesthetic, and he cared about the actors.

So, this very little film went to festivals in Europe, and it was released on dvd in France, by LE CHAT QUI FUME. A French dvd company.

After the releasing, LE CHAT QUI FUME proposed us to produce our next giallo: LAST CARESS. But LAST CARESS is more an exploitation movie than something else (even if it still a giallo)

2. Where might people know you from?
I don’t really know… but, we have a fan base with BLACKARIA, and recently DIE DIE MY DARLING, a short action film inspired from Meiko KAJI (MATSU THE SCORPION, LADY SNOWBLOOD). 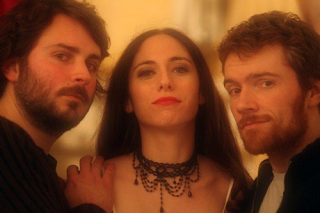 3. When it comes to what you do, who or what are your major influences?
As I told you, my first influence is the giallo. Specially Lucio Fulci’s gialli. He’s known for his zombie movies, but during the 70’s, he made some of the best gialli: LIZARD IN A WOMAN’S SKIN, DON’T TORTURE A DUCKLING, ONE ON THE TOP OF ANOTHER, and THE PSYCHIC! 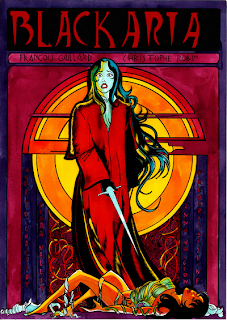 I’m fond of Mario Bava’s work! BLOOD AND BLACK LACE is a bible for me! BLACK SABBATH, too! Specially the segment : DROP OF WATER! A masterpiece for me!
For LAST CARESS, I was inspired by DEATH WALKS AT MIDNIGHT by Luciano ERCOLI, and Mario BAVA’s BAY OF BLOOD, and of course, Sergio MARTINO’s TORSO.
I was inspired by the work of Norifumi SUZUKI’s too. SCHOOL OF THE HOLY BEAST.
But… even if I love the Giallo, my inspiration depends of the plot of my movie. LAST CARESS was very… exploitation movie! For BLACKARIA, i was more inspired by LIZARD IN A WOMAN’S SKIN, wich is more experimental, and Brian DE PALMA’s SISTERS! For me, DE PALMA is a God!

5. What's the last album you bought?
MEIR, the second album by KVELERTAK!

6. What are the last movies you saw in theaters and on DVD/Blu-Ray?
In Theatre: REFLECTING SKIN, the first feature by Philip RIDLEY! Incerdible!
On DVD: THE COLLECTION, the second part of THE COLLECTOR! Very funny!!

7. What's the last podcast you listened to?
Ennio MORRICONE: DIES IRAE PSYCHEDELICO! What a trip!! 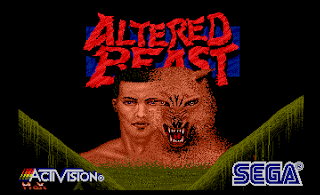 9. What's the last book you read?
THE 27th BOOK, by Marc Edouard NABE!

10. What are your favorite sports teams?
I do push-ups, but I don’t follow sports on TV. For me, it’s boring! 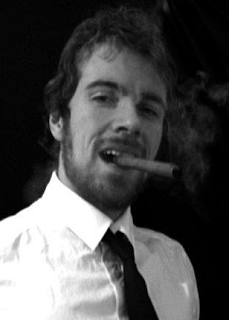 DEVIL MAN by Go NAGAI! Because I have bad feelings, just like Akira Fudo’s character. And I always feel guilty!

13. If you could spend the day at an amusement park with one person from the entertainment industry, who would it be and why?
Megan FOX!!! I would try to catch her in the Fun House! 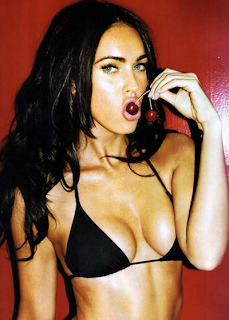