Tasha Courtney is a model and actress who's appeared in music videos for The Antlers, A Clear Blurr, and Colbie Caillat, as well as various short and feature-length films and television shows. I first saw Tasha in a movie called LIVING WILL with the late Ryan Dunn of JACKASS fame. When I saw those green eyes, it was love at first sight I tell ya. Ms. Courtney - a true Kentucky Gentlewoman - was nice enough to take time out of her busy schedule to answer 13 Questions and give us some insight into her life. Once you get to know Tasha better, you can check out the links below to keep up to date with what she's up to! 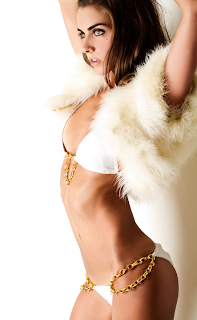 1. Who are you and where are you from?
I’m Tasha Courtney, model, from Florence, Kentucky.

2. Where might people know you from?
I’d be surprised if anyone knew me! ;) Maybe you’ve seen me in some clothing ads or doing bit parts in a few TV shows/movies. :)

3. When it comes to what you do, who or what are your major influences?
Well, there was a point in my life where I was OBSESSED with Adriana Lima. :) I think she had a lot to do with making me want to be a model. That stare and that body were just so hot! :) Nowadays I wouldn’t say there’s anyone specific that I’m influenced by. Mostly I’m motivated by beauty and art. I’m inspired by things I see in fashion magazines and by the photographers I work with. We feed off each other. They’ll share their vision with me, and it’s up to me to interpret it into something cool and engaging to look at. :) As far as actors and actresses go, I’m constantly blown away by the vast pool of talent! I couldn’t begin to name all the people that inspire me. But talent is the most attractive thing of all. Fearlessness with your creativity is a huge part of that, too, I think! :)

4. What four peoples' faces would you put on your own personal Mt. Rushmore?
My grandma, because she’s just so awesome – amazing! So funny and so intelligent! She’s my hero! :) Next I think my little bro, because his smile just makes my heart melt. I could definitely look at that face every day! :) After that, I think I’d have to put my dog, Boone. He’s my #1 man! I could not live without him! :) And last, Idk… I was thinking of other “heros” of mine, and there are a few… But I don’t think they should go on my Mount Rushmore if they’re not “family.” I don’t necessarily mean “blood,” but they need to be like, LIFERS. :) Maybe I’ll leave the last one blank. A space to fill for someone in the future. ;) 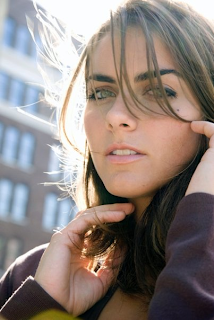 5. What's the last album you bought?
Recently got two; The xx “Coexist” and Hot Chip “In Our Heads.” LOVE the latter!

7. What's the last podcast you listened to?
“Making It” with Riki Lindhome.

8. What's the last video game you played?
Well technically, FIFA. But that was only for one match and I had no idea what I was doing! The last game I really played with purpose was the old school Mario when I was like 5th grade-ish. :) That and Duck Hunt were my faves! :) 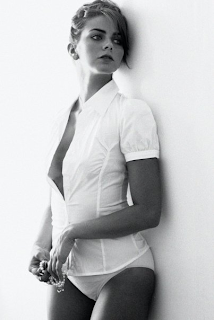 9. What's the last book you read?
Just finished Ken Follet’s “Fall of Giants,” the first book of the new ‘Century’ trilogy. He’s definitely one of my favorite writers of all time! :) Before that, it was “On the Road” by Jack Kerouac, Don Winslow’s “Kings of Cool” (the prequel to “Savages”), The Sleeping Beauty Trilogy by Anne Rice, written under the pen name A.N. Roquelaure, “Born Fighting” by James Webb, and of course, the “50 Shades” series. ;) Next on my list are: “Shantaram” by Gregory David Roberts, then the second book in Ken Follett’s new series, called, “Winter of the World,” and then finally, the “Game of Thrones” books. :)

10. What are your favorite sports teams?
The Cincinnati Bengals!!! Who Dey!!! You’ll catch me repping my team every Sunday out here in LA! :) I also like the Reds, but watching baseball on TV is no fun, so I don’t really follow them as much as I used to… In LA, I like to go to Dodger home games when I can, and in New York, it’s the Yankees! :)

11. What cartoon or comic book character can you relate to the most?
Binky Brown! Because everybody’s a little neurotic! ;) If you don’t know what I’m talking about you need to check it out! Look it up: “Binky Brown Meets the Holy Virgin Mary” by Justin Green. :) 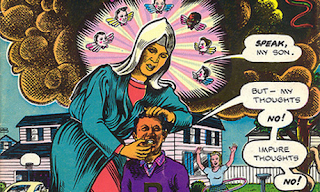 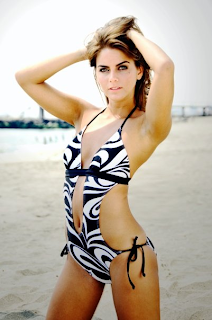 12. Create a playlist of ten songs that give people an idea of your musical taste.
This was sooo freaking hard!!! How do you sum up your musical tastes in ten songs?! Do you do all time faves?! Then you’ll end up all over the board, genre-wise… And it needs to be cohesive, lol… But finally worked one out! :) I think this just about sums up my ‘musical mood of the moment!’ ;) Enjoy!
“Trojans” – Atlas Genius
“Heartbeats” – Jose Gonzalez
“Look at Where We Are” – Hot Chip
“Needles & Pins” – Life in Film
“Down Slow” – Carina Round
“Feeling’s Gone” – Beacon
“Old Friend” – Cavemen
“Get Along” – Mikal Cronin
“Women are the New Dogs” – Saigon
“Oblivion” – Grimes

13. If you could spend the day at an amusement park with one person from the entertainment industry, who would it be and why?
George Clooney! We’re both Kentuckians! :) Just one date! It’s meant to be, lol! ;) I’d also LOVE to hang out with Jennifer Lawrence for a day! I think she’s so talented and so freaking gorgeous! She’s also from Kentucky, and she has a basset hound, too!!! :) We could bring the dogs, they could be best buds!... We could be best buds!... In my head we’re already best friends lol!!! ;)