This week's 13 Questions guest, Armando (a.k.a. raculfright_13), is someone I've known through the blogosphere for a couple of years now, and I've watched him turn his presence on social media into one of the more accessible sources out there for "Mexploitation", especially for Gringos like me. Whether it be through his writings on his blog (link below) or the fact that he uploads obscure Mexican trailers and film clips on to his YouTube channel, raculfright_13 does a great service for fans of exploitation cinema. Read up on my buddy Armando and follow him at the links below if you're not already doing so! 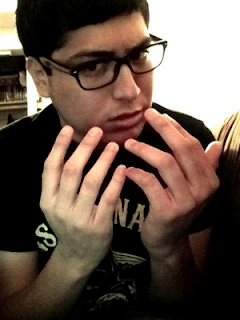 1. Who are you and where are you from?
My name is Armando. Sometimes they call me raculfright_13. I am from Pomona, CA (born & raised).

2. Where might people know you from?
I run a blog called Raculfright_13's Blogo Trasho. The blog is mostly related to Mexploitation movies aka "videohomes". Usually when someone is curious about a bizarre movie from Mexico, they usually ask me about it and if I know about it, then we'll talk about it like old school pals.

3. When it comes to what you do, who or what are your major influences?
I mostly review movies or talk about movies. Really obscure ones & Mexploitation ones mostly.

The biggest influences with obscure movie talk would be Joe Ziemba & and Dan Budnik of Bleeding Skull. I love those guys to death. They got quite the taste in 'trash' movies.

Now when it comes to Mexploitation movies, biggest influence would be Mexican underground filmmaker Aaron Soto since he was pretty much the man that introduced me to a bunch of Mexploitation titles that I never heard of before and then some. 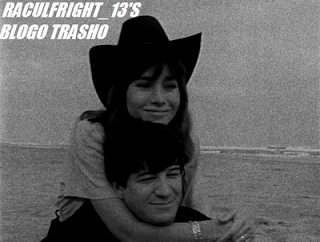 7. What's the last podcast you listened to?
Probably the Gentleman's Guide To Cinema like waaaayyy back. I'm not a podcast guy unfortunately! 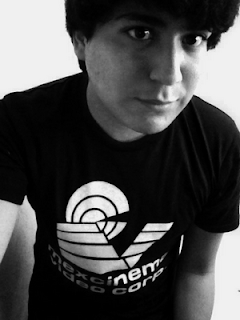 8. What's the last video game you played?
I played Diddy Kong Racing on my phone the other day.


9. What's the last book you read?
I started reading the Alice Sweet Alice book "Communion" which was written by Frank Lauria.

10. What are your favorite sports teams?
I'm not a sports guy so no favorite teams of any whatsoever.


11. What cartoon or comic book character can you relate to the most?
Probably Casper The Friendly Ghost. We both just wants friends. We don't want to harm any of ya'll.

12. Create a playlist of ten songs that give people an idea of your musical taste.
Five Cellars Below - Blitzkid
I Turned Into A Martian - Misfits
Take Good Care Of My Baby - Bobby Vee
Diablo O Angel (Devil Or Angel Spanish Cover) - Los Freddy's
I Need You Love - The Metallics
Nobody's Lonesome For Me - Hank Williams Sr.
No Tengo Dinero - Los Joao
Today Your Love, Tomorrow The World - Ramones
I Want To Fuck Your Girlfriend - Cancerslug
Tea - King Diamond

13. If you could spend the day at an amusement park with one person from the entertainment industry, who would it be and why?
I would love to go to Universal Studios Hollywood with Ellen Page. She seems fun to hang out with I guess, haha. 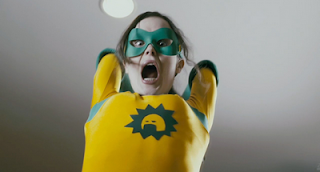