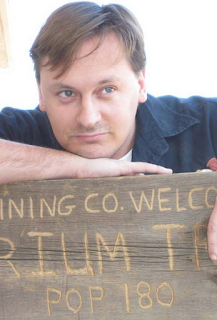 1. Who are you and where are you from?
I’m Edward M. Erdelac and I write books and movies. I was born in Indiana, educated in Chicago, and live in the Los Angeles area with my wife and a passel of kids and cats.

2. Where might people know you from?
A number of years ago, I wrote the definitive story about boxing in a galaxy far far away for Lucasfilm’s Star Wars website. I just finished putting out the fourth and final book in the MERKABAH RIDER weird western series, the greatest series you’ll ever read about a Hasidic gunslinger tracking the renegade teacher who betrayed his mystic Jewish order of astral travelers to the Outer Gods of the Lovecraftian Mythos. I’ve got a couple other books out, including TEROVOLAS (JournalStone Books), an unofficial sequel to DRACULA about Van Helsing having a nervous breakdown and taking the remains of Quincey Morris back to Texas for some downtime only to get embroiled in supernatural goings on that cause him to doubt his own mind. In July, my no ghoulies western COYOTE’S TRAIL will be out from Comet Press. It’s about an Apache kid who uses a Mexican prostitute as bait to lure soldiers out a fort and kill them en flagrante delicto. I’ve got short stories and novellas out all over the place about everything from cannibalistic gangstas to zombie killing samurai. If you don’t know me now, I’ve got other things in the works. Maybe you’ll know me later. 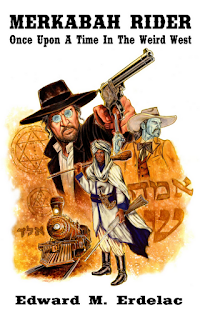 3. When it comes to what you do, who or what are your major influences?
Robert E. Howard, Richard Matheson, Cormac McCarthy, Joe R. Lansdale, Ambrose Bierce, H.P. Lovecraft, Yukio Mishima, Herman Melville, Alan Moore, Kazuo Koike.

4. What four peoples' faces would you put on your own personal Mt. Rushmore?
John Brown, Geronimo, Ralph Nader, and Malcolm X.

5. What's the last album you bought?
William Shatner – Has Been (actually my wife bought it for me)

6. What are the last movies you saw in theaters and on DVD/Blu-Ray?
Saw Iron Man 3 in the theater, bought A BULLET FOR THE GENERAL/QUIEN SABE? on DVD – Klaus Kinski and Gian Maria Volonte in a Damiano Damiani Zapata western.

7. What's the last podcast you listened to?
I’ve never listened to a podcast. I just don’t have time.

8. What's the last video game you played?
Aliens: Colonial Marines. Then my Xbox burned out. 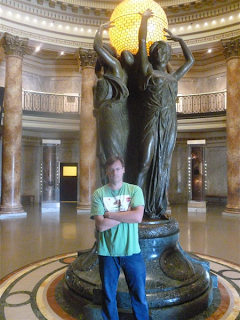 10. What are your favorite sports teams?
I’m more of a sumo wrestling kinda guy. I guess I’m nominally a Chicago Cubs fan.

11. What cartoon or comic book character can you relate to the most?
Billy Batson/Captain Marvel. A kid playing at adulthood, forced to deal with and often secretly baffled by the inherent problems thereof, when he’d just rather be screwing around. In Captain Marvel’s case, Black Adam and Mr. Mind. In mine, my day job and tax forms (respectively). 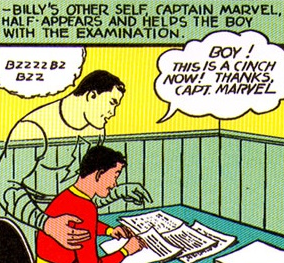 13. If you could spend the day at an amusement park with one person from the entertainment industry, who would it be and why?
Nick Frost. I just think he’d be hilarious to hang around with. 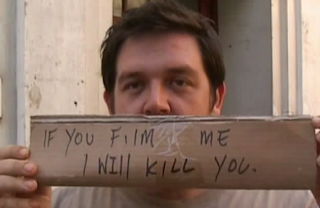