This review is another contribution to the Ninjavember blogathon hosted by Fist of B-List.

Set in a post-apocalyptic world in which the survivors apparently follow ancient ideals, the film revolves around a small group of warriors known as the Lost Clan. Shit pops off at a peace summit when the leader of the Lost Clan, Cage, is framed for the murder of the man responsible for organizing the summit, Fumitaka, as he attempts to have a bunch of rival clans call a truce. The other clans then use the assassination as an excuse to turn their attention towards the protagonists, at which point a fight for survival ensues. Sound familiar? Yeah, this is pretty much THE WARRIORS, but with ninjas and zombies (I'll get to the zombies a little bit).

NINJA APOCALYPSE draws influence from many sources, namely the aforementioned Walter Hill movie. In fact, it's a direct rip-off of THE WARRIORS, and the people involved with this didn't even have the decency to credit director Walter Hill or its writer Sol Yurick. For shame! But anyway, as Cage and his group are on the run, the film turns into a series of fight sequences as the Lost Clan plow through various gangs of ninjas, thugs, reptile people, and femme fatales. 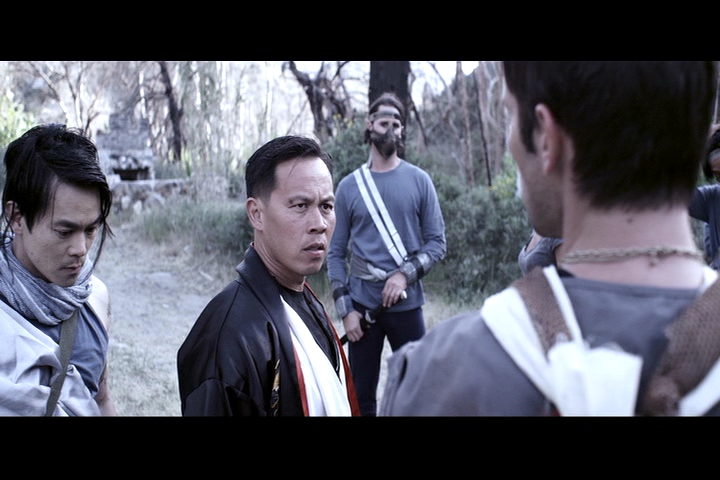 Also thrown into the mix for no apparent reason are zombies, which clearly pose another obstacle for our heroes. This is set during the post-apocalypse after all, so I suppose it's a given that zombies are shuffling around, right? As if shit didn't get batty enough, it's also revealed that our heroes possess super powers in the form of electrical projectiles they can launch at people. So, for those keeping track at home: ninjas, zombies, super powers. NINJA APOCALYPSE throws a lot of shit at the wall and, surprisingly, most of it sticks. 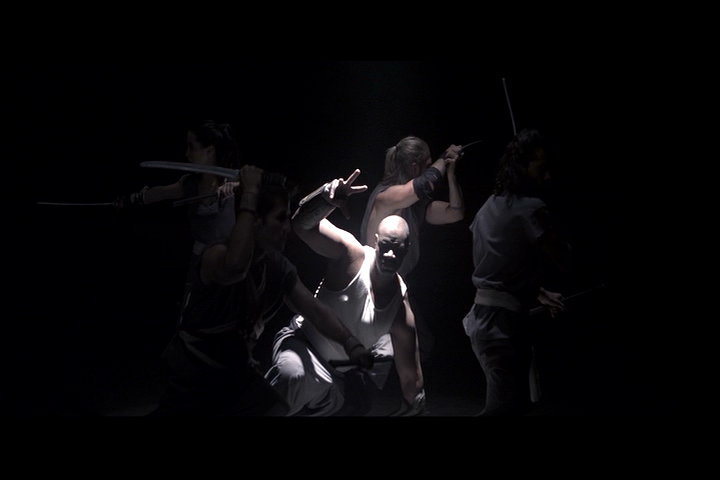 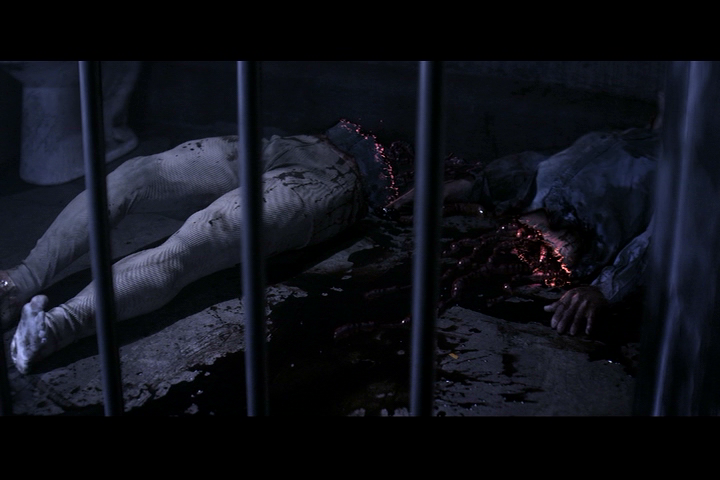 On top of everything I already mentioned, the level of violence and the choreography of the fight sequences are pretty good. Something noteworthy about the action is that the protagonists (all of whom possess their own unique skills) split up and go their separate ways once the shit hits the fan, taking on whatever clan members and katana-wielding goons come their way, which allows for a variety of fighting styles and locations and whatnot. One of the highlights is a stairwell fight sequence involving the member of the Lost Clan who looks like a hippie and a bunch of ninjas. The fact that the characters are able to generate and throw electrical charges at their opponents adds a touch of MORTAL KOMBAT to the proceedings. For reasons that I needn't necessarily get into, you can expect some STAR WARS and BIG TROUBLE IN LITTLE CHINA as well. Seriously. 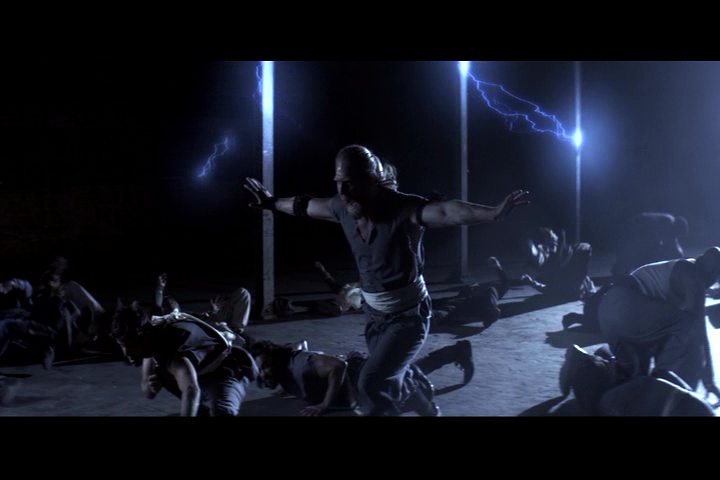 And yes, NINJA APOCALYPSE is as fun and ridiculous as it sounds. However, its technical shortcomings should be addressed. For one, the film is low-budget as fuck. Parts of it make Asylum movies look like a Ridley Scott film by comparison. Some of the visual effects (the green screen shots and the CG blood) look amateurish at best. The acting? Laughable and, in some cases, even embarrassing. It's as if Tommy Wiseau himself was on the set coaching some of the actors (especially Christian Oliver during the film's climax) in the art of extreme melodrama. And speaking of embarrassing, the peace summit scenes were kinda brutal, and a lot of the so-called ninjas were as convincing as second-rate cosplayers. But all of those things are part of what give this movie its charm. Indeed it's a messy WARRIORS rip-off with zombies, but you have to admire how unapologetic it is when it comes to its "what you see is what you get" attitude. 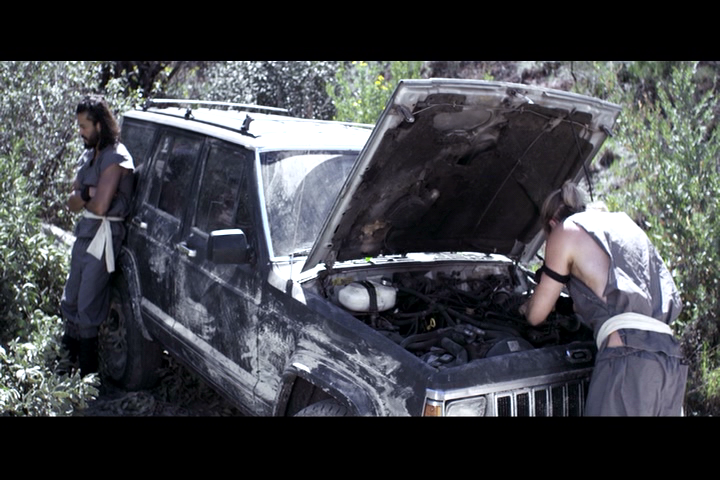 On the plus side, lead actor Christian Oliver is absolutely amazing for all the wrong reasons; the emotional final showdown is something to behold. And of course let's not overlook the fact that most of the fight scenes are actually pretty good - if they're not well-choreographed, they're at least fun to watch if a bit silly. Lastly - and most importantly - I loved the group of protagonists. If there was a series of them just going around and having various adventures, I'd totally watch it.