This review is one of my contributions to Fist of B-List's Ninjavember blogathon. Check there on a daily basis for all the mysterious ninja action, k?

When ALIEN VS. NINJA begins, it follows a group of ninjas out in the woods battling enemies with no context of what's happening. Specifically, we get an outstanding sequence where one of the ninjas single-handedly takes on a group of anonymous, masked bad guys who look like the Foot Soldiers of NINJA TURTLE lore. There are a lot of special effects used for this particular sequence but it allows for some dazzling swordplay and gravity-defying action. 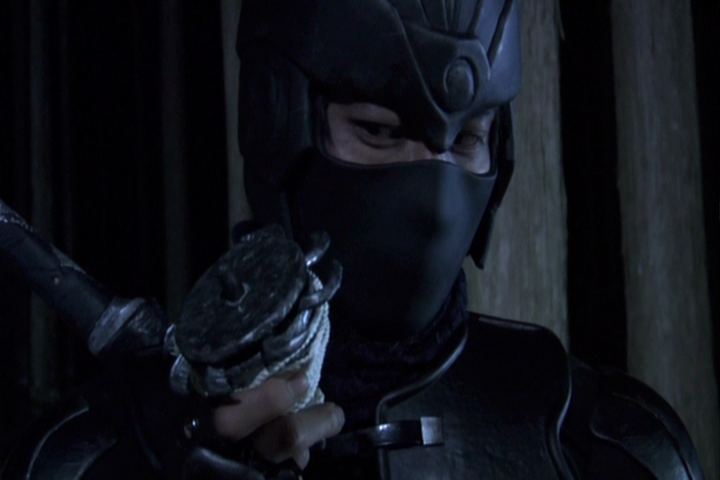 We're then gradually introduced to the various characters who make up the primary group of ninjas. Yamata is the unofficial leader of the group and a bit arrogant, but he has the skill to back it up. Nezumi is a maker of weapons and the comic relief. Jinnai is a vain, pretty-boy type of character. And finally there's the disrespected female of the group, Rin, who carries her weight but isn't taken seriously by her peers because of her good looks. Collectively, they're ordered by their "ninja chief" to investigate a mysterious fireball that penetrated the woods surrounding his fortress. Not a lot of time goes by during their mission when they're ambushed by an alien creature who's simply one of the many that's been terrorizing a nearby village. The ninjas then make it their mission to eliminate the alien species entirely. This leads to some entertaining fight sequences in the second act, one of which involves a perverted alien who makes sexual gestures towards Rin as it attacks her. On a side note, fans of ninja movies may recognize the actress who plays Rin, Mika Hijii, as the main love interest in Isaac Florentine's NINJA and NINJA: SHADOW OF A TEAR. 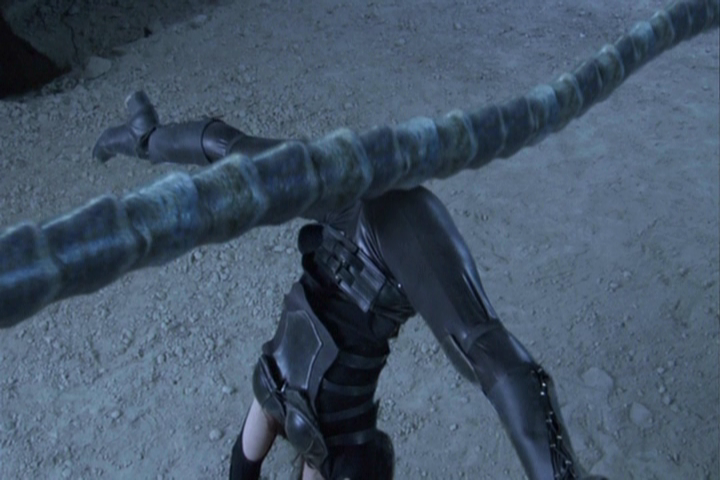 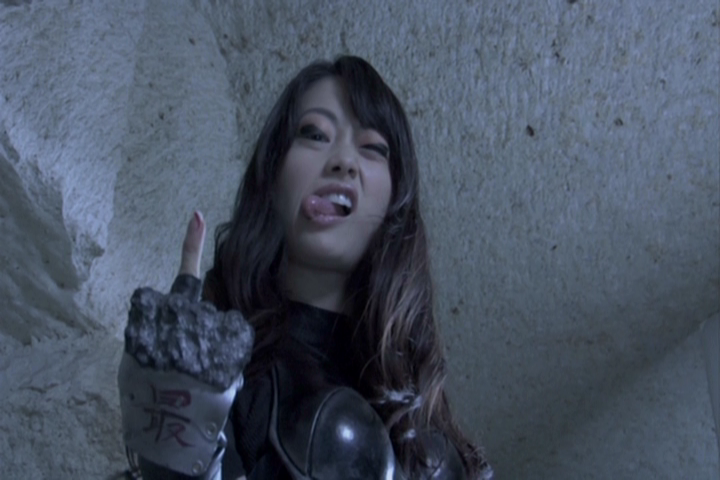 AVN is a fun little movie that breezes by thanks to a short running time. The character are great, the story is simple and easy to follow, and the fight choreography is solid and even quite innovative at times. Speaking of fights, fans of MMA and wrestling will be pleased with the "boss battle" that closes the film. Most of the fights involve a lot of weapons, but the final showdown is pretty much just hand-to-hand combat. One of the participants in this battle manages to incorporate a German suplex and an arm bar into his arsenal of offense. It's pretty "epic" as the kids would say.

Another highlight of AVN are the ninja costumes. They look great but are obviously impractical. The main ninjas wear a somewhat clunky-looking style of armor that theoretically doesn't lend itself well to being stealthy. They look more samurai-esque than ninja, but hey, what do I know - I'm just a stupid round-eye. And one could argue that the disposable ninjas who were swiftly eliminated in the opening fight sequence were defeated as easily as they were because they couldn't see out of their masks. But, again, it looks cool, so it's all good. 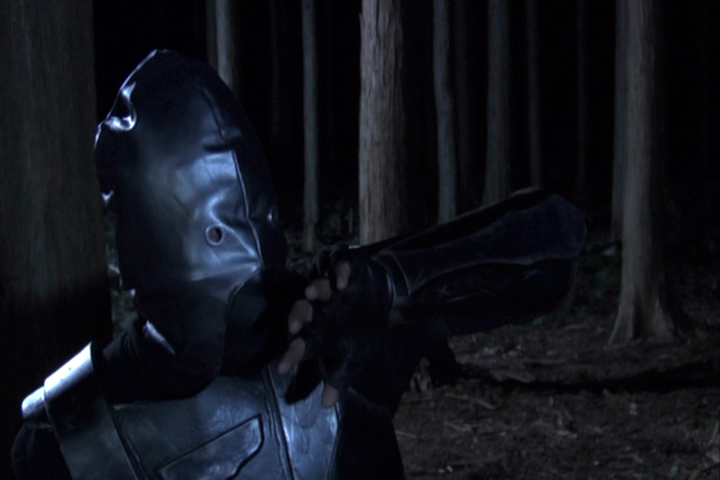 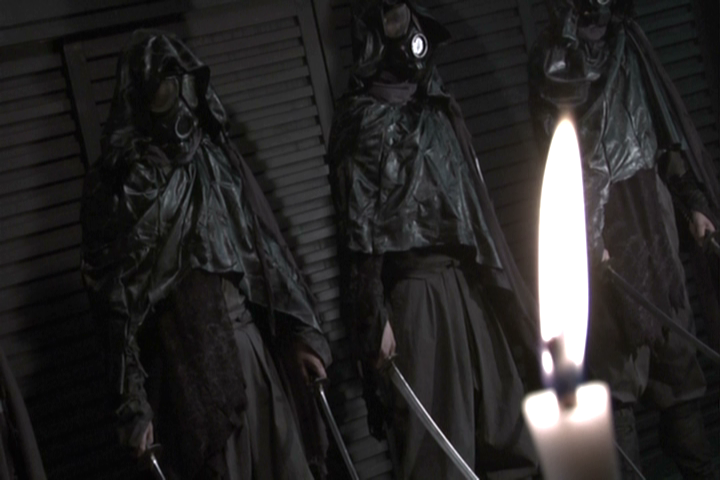 The main problem with this film is probably its bland, low-budget look. Quality-wise, it's like watching a soap opera or some generic TV drama. The special effects aren't great but they're fine considering this is clearly a low-budget movie. The creatures, who look like de-feathered versions of Big Bird from SESAME STREET, are very much in the spirit of old-school Japanese Sci-Fi cinema, in that they're clearly people in goofy-looking costumes. There's also some blood and gore in the film but it's nothing I wouldn't feel comfortable showing my children if I were a parent. You do get some of the high-pressure blood spray that seems to be commonplace in Japanese B-movies, but it's all very cartoonish. 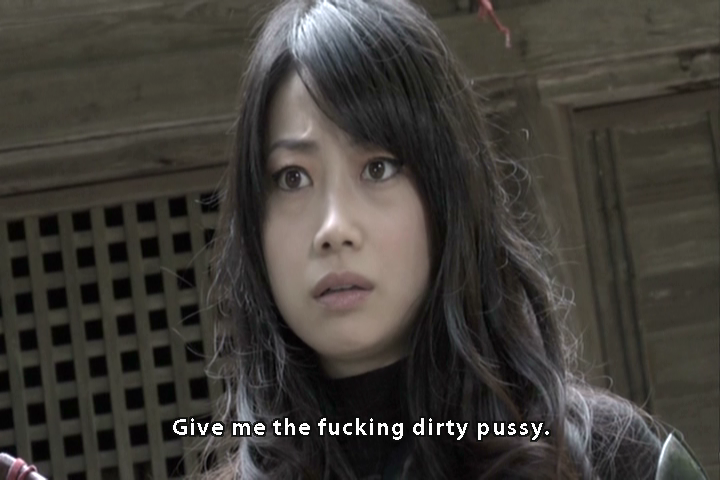 Overall, AVN was a nice surprise. The humor fell flat with me for the most part (as does most Japanese humor), but the characters are very likable and the action choreography is outstanding for what's essentially a low-budget creature feature with ninjas.