A medical student named Mia and her 2-person crew follow around a woman named Deborah Logan who suffers from Alzheimer's. They spend a lot of time with Deborah and her daughter Sarah at their home in rural Virginia. The intention is to make a documentary/thesis film about Alzheime'rs with Deborah as their particular subject. Deborah reluctantly agrees to take part in the project but ultimately does so at the insistence of her daughter.

Not that it matters, but both Deborah and her daughter are strikingly thin, as if Mia and her entourage stumbled upon a family of living skeletons out in the woods. I half expected Zelda from PET SEMATARY to come walking downstairs at any given moment. But anyway, back to the story at hand... 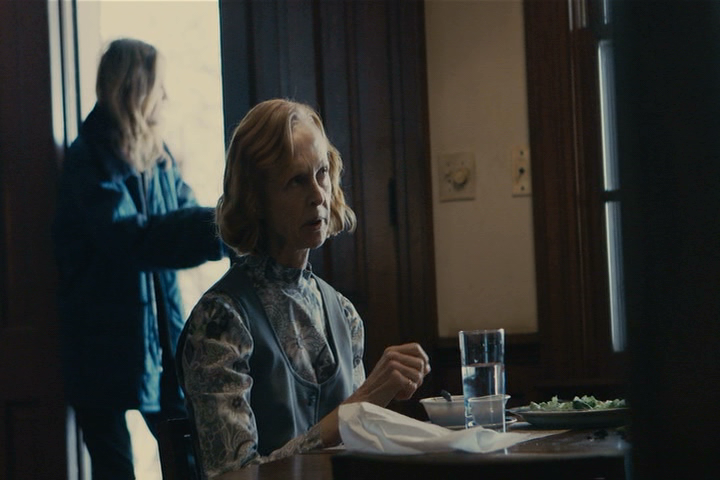 THE TAKING OF DEBORAH LOGAN is essentially a found-footage film (sort of) made up of the footage shot by Mia's crew, surveillance footage, etc. What we're watching is all of the footage pieced together to tell a sad and horrifying story. You see, the crew learn the hard way that Deborah is prone to violent outbursts. And while her behavior is expectedly unpredictable given her condition, Deborah surpasses anything they could've anticipated in that respect. Without getting into details, things get out of control rather quickly and their documentary on a disease turns into a full-blown horror show. 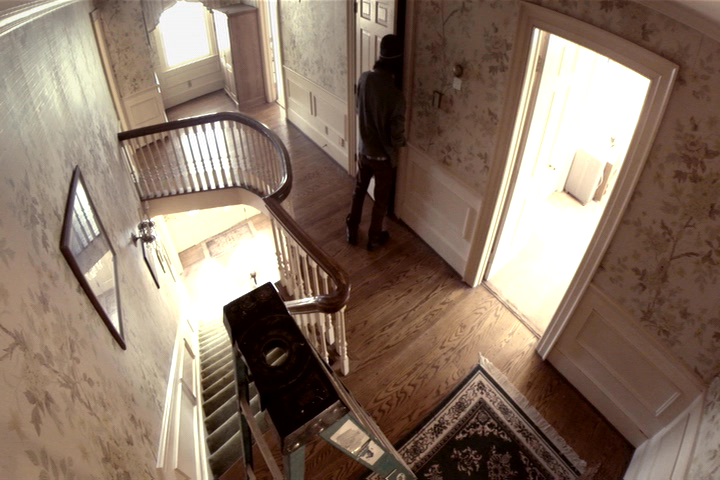 Deborah rapidly ages (visually at least) and her already fragile mental state deteriorates at an accelerated pace. Again, excluding all the juicy details, it would appear to everyone involved that Deborah's condition is the result of something far more sinister than anything the world of science and medicine could explain. This is even a revelation to her own daughter. It's as if whatever was taking control of Deborah finally had the audience it was waiting for. 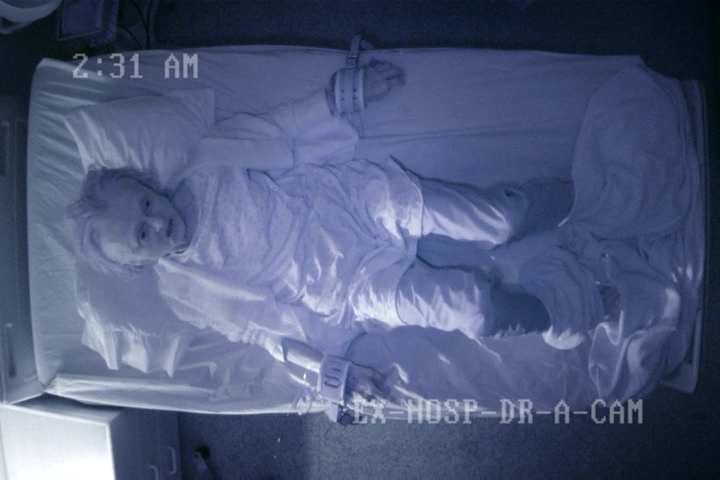 If you're nit-picky about the presentation of found-footage movies, you might have issues with this one. I used to be guilty of being overly critical when it comes to that and asking too many questions instead of accepting the product as is. The whole found-footage motif at this point it just a means of using a certain visual style to tell a story, not for people to perceive the films as legitimate footage a la BLAIR WITCH. That said, there are definitely a few things to be nit-picky about with DEBORAH LOGAN, but my only real issue was that one of the characters was a bit much in terms of his douchebag behavior. Almost every time he was on screen and opening his mouth, it sort of took me out of the movie. 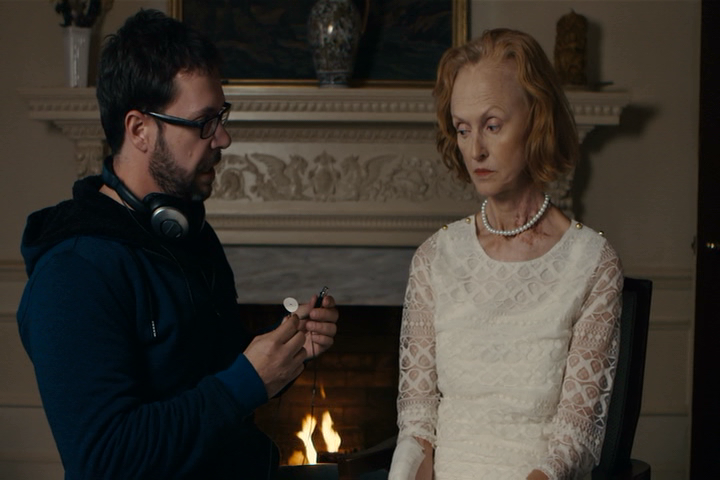 One of the things I like about this is that it's in the context of a medical documentary that turns into something horrifying rather than it being a group of people investigating something for whatever reason. The characters in DEBORAH LOGAN are constantly driven to keep going so they can help someone in peril, which makes sense, especially when it comes to Deborah's daughter. That said, the film is paced well. After a point, there's always something happening and there's revelation after revelation in regards to the eponymous character's condition. There's even a murder mystery element to the story. I also like that there are characters who bail once shit gets too crazy; they peace out and you never see them again.

As a horror movie, DEBORAH LOGAN is very effective. There are at least two or three really good jump scares and the film has a lot of creepy imagery. Unfortunately shit gets a little too crazy and fast-paced towards the end for the potentially terrifying moments to register. Similar to another found-footage movie called EVIDENCE, the back end of this film is just one crazy thing after another. Overall, I think I wanted to like this movie more than I ultimately did. It's a buzz movie with some hype behind it thanks to an enthusiastic horror community. I'm not saying it isn't a good movie - I think I'm just too jaded at this point to be blown away by it. I was someone who defended and supported found-footage horror for a while after a lot of people got sick of them and moved on, but I've reached a point in the last year or so where I'm tired of them and not as easily impressed as I once was. I'd still give this movie a "thumbs up", though, and recommend it. It's the perfect movie to watch on a quiet night with the lights turned off, and you'll get to see an amazing, brave performance from lead actress Jill Larson to boot.