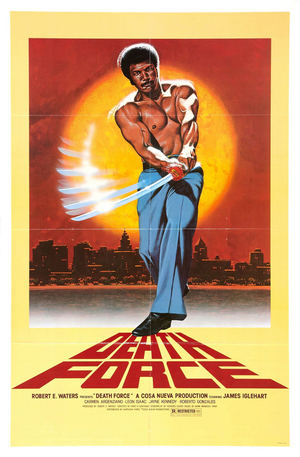 It's been an ongoing battle for years between myself and Mill Creek box sets. This is yet another attempt of mine to watch a bunch of these movies. Of the six or seven 50-packs I have, I'll be picking a movie at random each week and reviewing it. I think I can handle one a week. I think. Anyone wanna start taking bets on how many weeks this will last?

The film is a revenge tale that revolves around a Vietnam vet tracking down the two friends and fellow veterans who betrayed him and left him for dead. Initially the three of them turned to a life of crime after being discharged. They set their goals high and it was decided amongst two of them that Doug was the odd man out, so they slit his throat and threw him off a boat. Unbeknownst to the other two - Morelli and McGee - two stranded Japanese soldiers found Doug still alive after he washed ashore and nursed him back to health. Not only that, but they trained him in the way of the samurai, naturally.

While Doug is training on some random island and becoming a bad-ass with a samurai sword, Morelli and McGee are quickly trying to establish themselves in the crime world with aspirations of being a two-headed Tony Montana. They kill a lot of people and piss off even more in the process. For whatever reason, the two of them dress up in pin-striped suits at one point and blast a bunch of dudes playing cards with Tommy guns as if it were the 1920s. It's probably a comment on how delusional these two are. 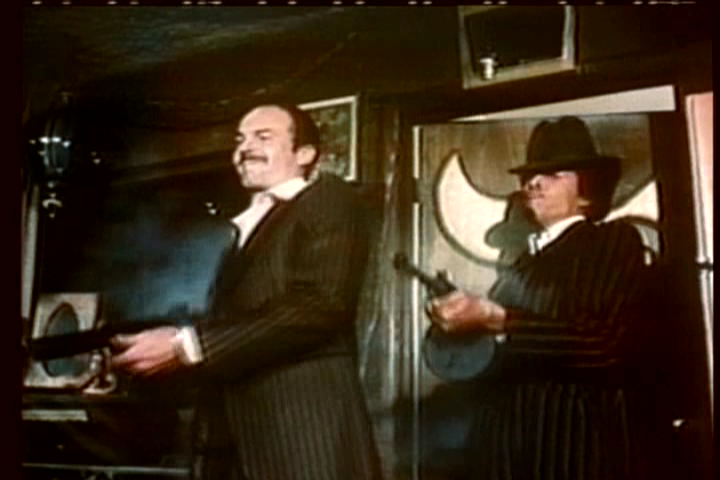 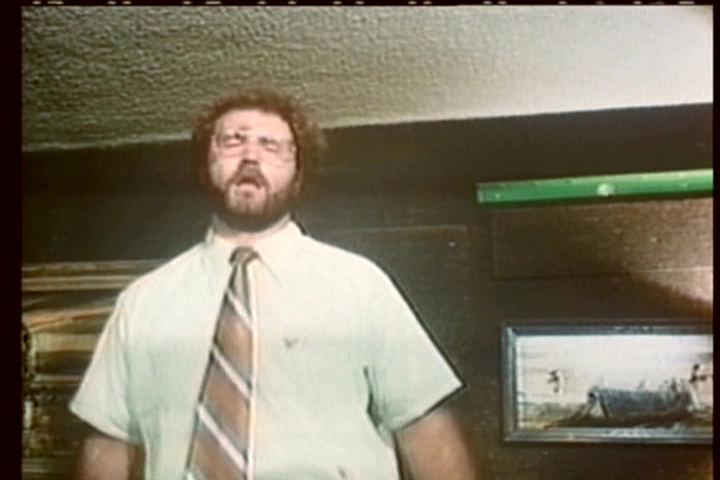 FIGHTING MAD hits all the right beats it needs to right off the bat to set up quite the revenge story, especially when you consider that the protagonist is shaping up to be the original Afro Samurai. There are essentially three different plot threads during the first half of the movie: the criminals making moves, the protagonist recovering and training on the island, and Doug's widow (or at least she thinks she's a widow) mourning the loss of her husband and struggling to find work as a lounge singer. In the meantime, one of the men who double-crossed Doug, McGee (Leon Isaac Kennedy), is aggressively putting the moves on his vulnerable wife, which adds more fuel to the fire. As far as how the second half plays out, it kinda goes without saying if you've seen more than one revenge movie. 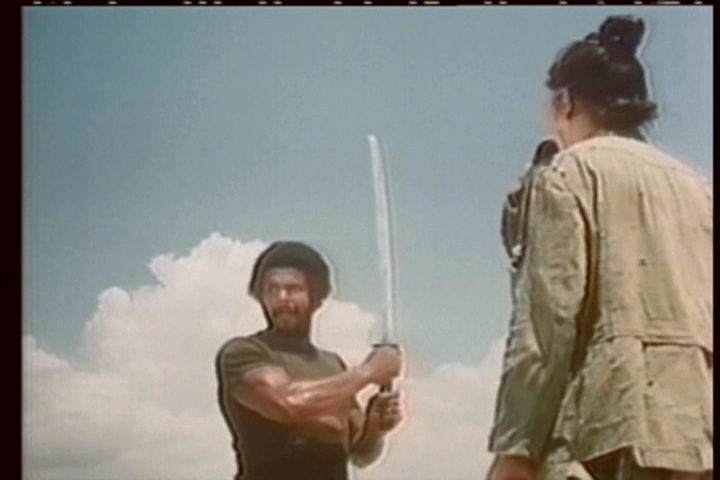 This ended up being a fun flick. Everything about it just reeks of Exploitation cinema. It's like three separate movies that eventually collide to form a genre mash-up (Crime, Martial Arts, Revenge, Romance), plus the whole 70s vibe just seals the deal. If this were made today, it would either be trying too hard or it would be a BLACK DYNAMITE style spoof. 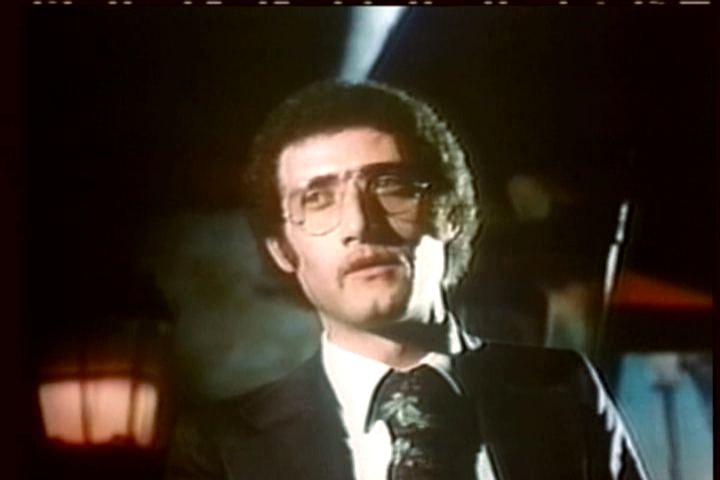 Mill Creek box sets (which are collection of poor-quality public domain movies) are known for having cut and edited versions of films due to rights issues that I know nothing about, and it's possible that this might be one of them, but I don't know if it's actually the case or not. It feels like there are scenes missing. Perhaps the story moves at such a fast pace that it only feels like it's jumping ahead and leaving gaps in the story. For example, at one point late in the movie, Doug is talking the cops out on the street and then it cuts to him getting a haircut and talking about baseball. But then again, maybe it's just a sloppily edited film in the first place.

There's not a whole lot more to say about this one. At its core it's your standard revenge movie, but it ultimately stands out because there's so much entertaining shit going on. It works on almost every level. The bad guys are scum; the good guy has a sweet Afro and wears bell-bottoms and kills people with a samurai sword; the love interest (Doug's wife) is beautiful. Speaking of the love interest, a lot of the film's promotional material touts her as being a Playboy model. The magazine is obvious synonymous with nudity, so it would lead one to believe that she sheds her clothes in this. For whatever it's worth, it's not the case. But then again, this could be one of the ol' Mill Creek cut versions. Regardless, Jayne Kennedy looks amazing, especially when she's wearing knee-high tube socks. As far as the fight scenes, they're not that great in terms of choreography, but some of the violence and gore makes up for it. There are quite a few decapitations and a lot of people get shot in this.On a side note, Jayne Kennedy, in real life, was married to Leon Isaac Kennedy when this was produced. Not only that, but they were also part of one of the first (if not the first) ever sex tape scandals. 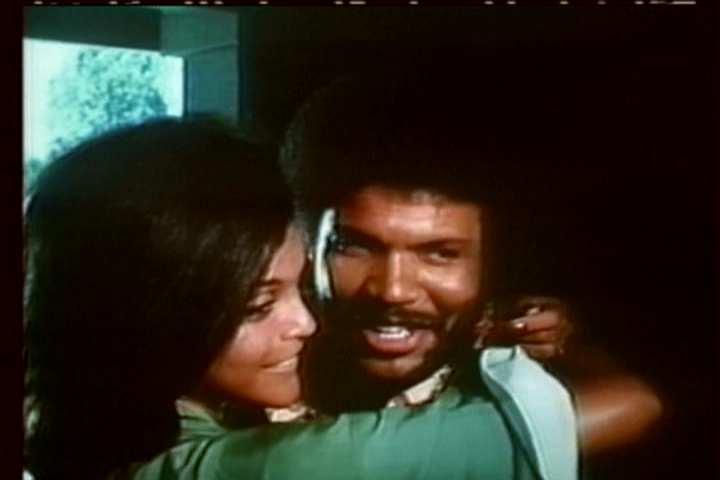 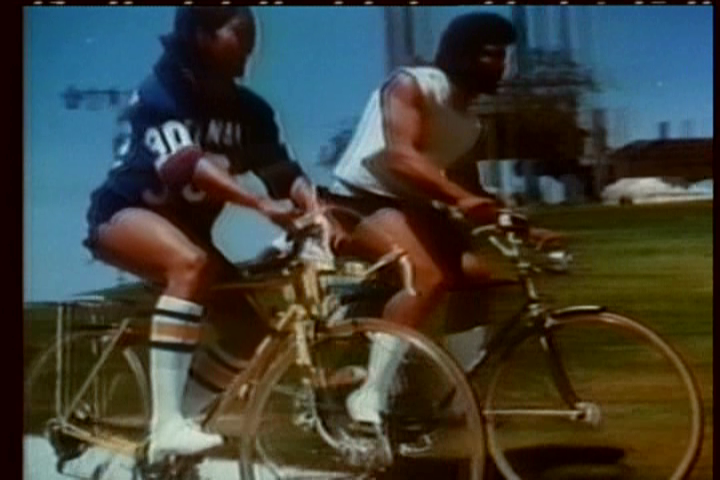 In the spirit of my failed Mill Creek-specific podcast, the Mill Creeps, I'll be utilizing the old GBF rating system instead of my usual scoring.

The Good: Definitely the 70s look and style. This just wouldn't be the same without Afros and bell bottoms.
The Bad: There's a lot of action in this but no real set-pieces per se. Some dangerous car chases and people being thrown from buildings would've elevated this, but hey, I assume they didn't have the budget for that so whatevs.
The Fugly: This has some of the worst squib effects I've ever seen. It looks like the actors are getting shot with paintballs. 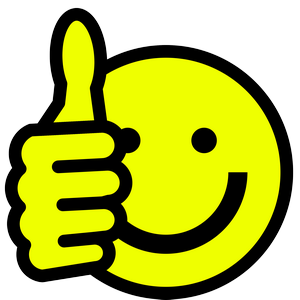