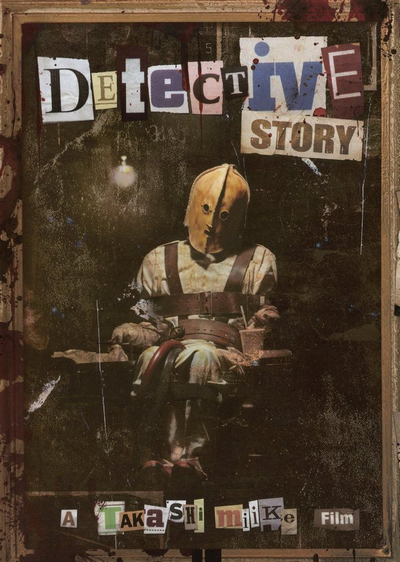 Takashi Miike is a director whose films I've always wanted to deeply explore ever since I saw his notorious J-Horror film AUDITION for the first time years ago. I got somewhat of a start as far as that's concerned but quickly realized he's very hit-or-miss. But, when you're as prolific a filmmaker as he is, variables of quality will be undeniable. What I love about Miike, though, regardless of how I feel about some of his lesser films, is that he clearly has an enthusiasm for cinema and storytelling on many levels. His movies range from bizarre and inaccessible to disturbing and violent to downright beautiful and compelling, and I'm sure there isn't a genre he hasn't tackled yet. Speaking of which, DETECTIVE STORY is a mash-up of genres and styles while remaining under the horror-comedy umbrella.

A bumbling private investigator named Raita Kazama teams up with his neighbor (who also shares the first name of Raita) to track down a serial killer. The killer may or may not be tied to a reclusive artist who draws inspiration from a German painter whose name escapes me at the moment. I'm not an art expert, so for the sake of comparison, let's just say that his works resemble H.R. Giger or someone of the sort. In other words, they're dark and morbid. But, whatever the case, the killer is targeting young women and removing their organs - each victim with a different organ removed and replaced with dirt, water, or something organic. 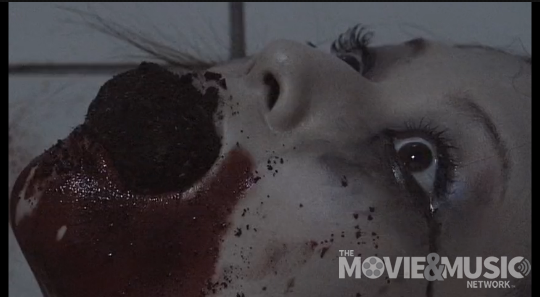 Shit kicks into gear when the first victim is found with her liver missing - clearly on the receiving end of a brutal attack. Prior to this, the film opens with a slow build and an introduction to our cast of quirky characters - the quirkiest of which being our protagonist Detective Kazama. DETECTIVE STORY takes its time setting everything up but we get enough of a glimpse into the inner-workings of the killer right off the bat that gives us a taste of what's to come. As the film goes on and the pace picks up a little, more women are killed and Kazama himself becomes a suspect as far as the real police are concerned. At one point, Kazama consults with an incarcerated killer a la Hannibal Lecter as a means of better understanding how a murderer thinks. 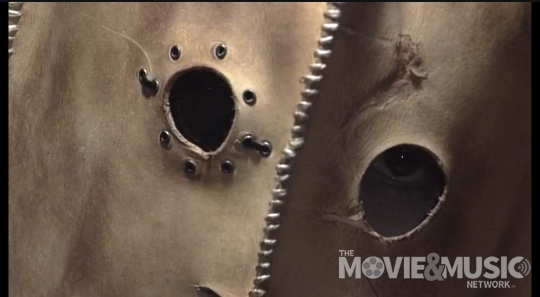 Contrary to the subject matter and content, DETECTIVE STORY doesn't have a particularly dark tone for the most part. It's more of a black comedy mixed with elements of neo-noir and even some physical, slapstick comedy, but it's still undeniably a horror film thanks to the inherent gore and a female ghost that haunts Kazama early in the film. The fact that Kazama is a P.I. lends itself well to the neo-noir feel. However, it should be said that this is more neo-noir in spirit rather than style. That said, the mash-ups of genres and styles works well. The comedy never distracts from the story at hand and successfully lightens things up enough for you to be charmed by the bumbling lead character rather than annoyed. 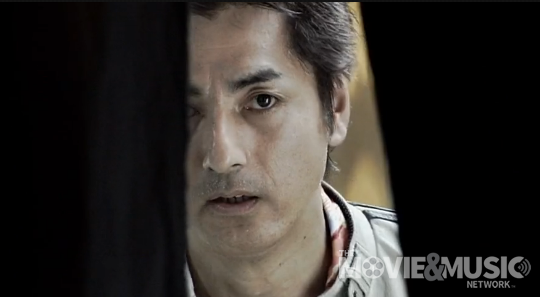 As far as the story, it's comparable to walking down a spiral staircase and not being able to see beyond a certain point. Once you reach the point of darkness, anything can happen. A door could open up just enough to shed some light, or you could wind up going further and further down to the point where you're in the bowels of the structure. The only guarantee is that whatever awaits you won't be pleasant. Perhaps that's a shitty analogy, but I was quite intrigued by how progressively unpredictable this became as the story unfolded. That said, it's only fitting that the biggest laugh was saved for the final scene. By the time it ended, I could have watched another hour. Maybe that's a testament to the pacing of the film, my emotional investment in the characters, or the type of filmmaker that Miike is. Bonus points for the solid avant-garde Jazz score.