This movie doesn't quite fit the theme I'm doing this month since the lead character has a penis (although there's no visual proof of this), but women do play an important part in the film, and it's also a woman who steals the show in this Nordic psychological horror movie.

John is a single guy who lives alone in an apartment. He just got out of a relationship with Ingrid, who, at the beginning of the film, stops by to collect the last of her things. One thing I will say about the plot without spoiling anything is that the circumstances surrounding their break-up are vague and slowly revealed as the movie rolls along. John later finds himself in an elevator with a woman named Anne, who's apparently his next door neighbor despite him never having seen her before. During their time in the elevator he notices strange things about her, like the fact that her torn undergarments are peaking out just below her skirt. As they make their way to their respective apartments, Anne introduces herself and asks John if he wouldn't mind coming into her place and do her a "favor". Turns out she needs a large piece of furniture moved (a massive cabinet blocking a door to be exact), and while he's there he sees a younger woman who's eventually revealed to be Anne's sister, Kim. 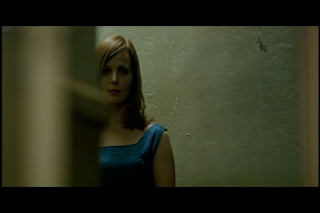 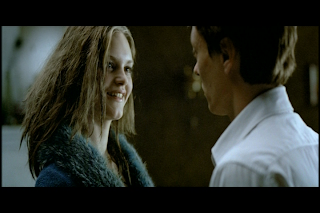 Anne and Kim aren't necessarily acting strange, but they're definitely wearing facial expressions and making unspoken gestures towards each other as if they were up to something that John was completely oblivious to. It's obvious that John is uncomfortable because of the awkward small-talk that ensues, especially when Anne and Kim bring up personal information regarding John's relationship that only he and Ingrid would know. The brief visit ends without incident, but it's not the last time that John will encounter the twisted sisters. 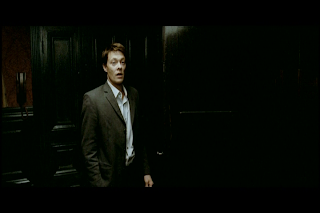 Do you ever notice that once you do certain people favors, they will take advantage of it and keep asking you for favors? Because of the nature of my job, this is something that unfortunately comes with the territory, which is why I try to keep my relationships at work strictly professional. Once you cross the "friend" line with certain co-workers, they expect you to bend the rules for them and compromise what little professional integrity you have, and when you say "no" they take it personal. Not that my personal story has anything to do with the movie, but the point is that I can relate to John's situation once Anne, sooner than later, asks him to once again go out of his way to do another favor. He initially declines because of how uncomfortable the sisters made him feel, but she eventually convinces him once she brings up her younger sister being assaulted and that she needs someone to watch over her while Anne runs out to the pharmacy. John agrees, and the film takes a dark and really bizarre turn once he finds himself alone with Kim, even by typical horror movie standards.

The only way that I could possibly ruin this movie for anyone who hasn't seen it would be to talk about the film's twist ending, but one of the great things about NEXT DOOR is that there are constant little reveals throughout the film as it builds to its grim conclusion. There are certain character traits about Kim (which, to be fair, are revealed very early on) that establish her as someone who has some serious issues, but that's all I'll say about that. 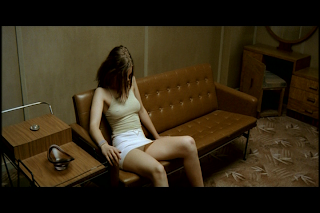 One thing I've noticed about the Scandinavian films I've seen is that the filmmakers involved really know how to shoot movies, and it's almost like you can tell the difference between their cinema and the cinema of other countries just based on the visuals, aesthetic, and how the camera moves. NEXT DOOR in particular has some wonderful cold and gloomy cinematography that impressed me right away, and it brought to mind the amazing Danish film TERRIBLY HAPPY, which was brought to my attention during the Reader's Choice theme I did a few months ago. Visually, NEXT DOOR is impressive; the off-kilter camera movements lend themselves to the unstable narrative, and the overall look of the film evokes a certain atmosphere without trying too hard. Another impressive aspect of the film's aesthetic is the look of Anne and Kim's apartment; it's shockingly spacious and almost maze-like.

The acting is pretty good all around, although I wasn't very fond of the lead actor for reasons that I can't explain. Maybe it has something to do with his look or the type of character he plays, but he doesn't exactly scream "sympathy" right away once the film places the character of John in some very odd situations. In particular, Julia Schact as Kim as quite amazing. She doesn't exactly turn in an award-worthy performance or anything, but there's something very magnetic about her and I found it to be a case of perfect casting. Schact's character is all over the place in terms of what type of person she is and what her motives are, and Schacht really drives that point home with a certain amount of subtlety and restraint that I admire. Physically, she bears a striking resemblance to Anna Paquin. Michael Nyqvist from the original GIRL WITH THE DRAGON TATTOO and, more recently, MISSION: IMPOSSIBLE - GHOST PROTOCOL turns up in the film, but I'll refrain from elaborating on his role in the story. 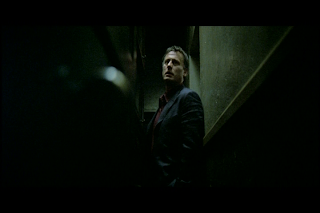 Though it does lose some steam towards the end of its 75-minute runtime because of certain reveals that are made a little too early in my opinion, NEXT DOOR is a great, well-paced psychological horror film with somewhat of a Lynchian influence. The general ambiguity and vagueness of the plot may not appeal to most people (admittedly, even by the end of the film there were certain things that didn't seem to make sense in retrospect), but I personally find it to be a noteworthy piece of horror cinema from the 00's.