THE MOTH DIARIES is based on a novel and directed by Mary Harron of AMERICAN PSYCHO fame, and it revolves around a group of girls at a private school, particularly a sixteen year-old named Rebecca, who watches as her best friend Lucy is slowly drawn towards a mysterious new girl named Ernessa. As jealously and curiosity compells her to figure out why the exotic-looking Ernessa is suddenly the object of her friend's affection, Rebecca becomes convinced that she's a vampire. 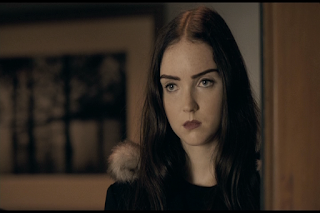 I've never read the source material, but I assume it's a much better book than it is a movie based on what I've seen in THE MOTH DIARIES. Not that there's anything wrong with it, but the film feels (and looks) like the pilot of a network television show that panders to the post-TWILIGHT teen demographic, albeit with some brief nudity and "adult language" thrown in. THE MOTH DIARIES gets a few things right as a horror film and a mystery, but it comes up short when it's all said and done for reasons that I'll get into. I will say, though, that I'm a fan of the private school setting in horror movies and thrillers, so at the very least this movie has that going for it, and director Mary Harron and cinematographer Declan Quinn (LEAVING LAS VEGAS, RACHEL GETTING MARRIES) exploit the setting in a way that makes THE MOTH DIARIES successful as an atmospheric Gothic horror film. 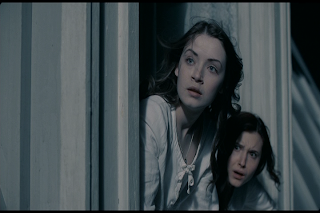 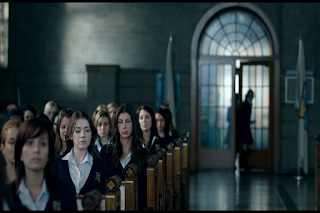 My main problem with the film, aside from the fact that it's painfully slow at times, is that it doesn't do a good job of telling a fairly simple story, which baffles me since the filmmakers had source material to work with and the story had already been told; they just needed to make a few tweaks here and there to make it presentable as a film, but at a running time of a little under eighty-minutes excluding the end credits, I can't help but wonder why they didn't stretch it out just a little more in order to elaborate on a few things, story-wise and thematically, that felt to me like they weren't fully realized. The biggest crime that this film commits is that it fails to do anything interesting with the vampire mythology when it very well could have, but I'll spare you the details as to why I feel that way so I don't get too much into spoiler territory. 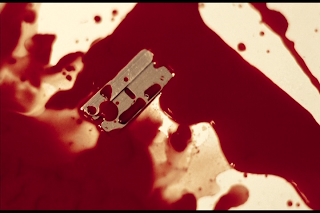 On the plus side, THE MOTH DIARIES is a visual treat. I mean, it's no SUSPIRIA or anything like that, but it's a gorgeous film nonetheless and somewhat reminiscent of Lucky McKee's THE WOODS as far as the aesthetic. There's also some interesting duality stuff going on between Rebecca and Ernessa; I'm not sure if this was intentional or if it's something that's touched on in the book, but I noticed a lot of underlying similarities between the both of them. As for the story, I interpreted most of it as being symbolic of Rebecca's issues and insecurities, as well as symbolic of a relationship that just ends one day for no apparent reason. You could be madly in love with someone one day, and that feeling could be gone the next, and it has nothing to do with lying or cheating. Sometimes a person just wakes up and they realize they're not in love with their "other half" anymore. Speaking of which, there are definitely some lesbian undertones as it pertains to the relationships between the three central characters, and at some points they're just flat out overtones, which I found to be one of the more interesting elements of the film.

THE MOTH DIARIES isn't so much bad as it is a missed opportunity. In my opinion anyway. As I said, I liked the look of the film, the setting, the lead actress, and most of the journey that the film takes you on, but there are a lot of things about the film that just don't feel like they're fully realized. Appropriately enough, it's comparable to reading a book with a bunch of the important pages torn out.