If I were to stumble upon a large black man with a lazy eye sleeping outside of a pigeon coop, only for him to awaken from his slumber and proceed to unsheath a samurai sword, aside from fearing for my life I'd probably think that this guy was a crazy homeless person or high on some sort of illegal substance - or both. Despite being taken aback by such a sight, I'd also be somewhat intrigued by this person. Luckily, director Jim Jarmusch made a film about that very person, and it turns out that he's in fact an assassin who's made a commitment to live his life according to "the way of the samurai". Played by Forest Whitaker, this character's quiet nature, dark clothing, and tendencies to move around stealthily in the night has earned him the nickname of Ghost Dog.

It's revealed that Ghost Dog is indebted to a mobster named Louie, who saved him from being beaten to death many years ago. Because of this, he's accepted Louie as his master. To show his gratitude to his master, Ghost Dog acts as a personal hitman for the mob, but only communicates with Louie and wants no ties to the criminal organization whatsoever. Things take a turn when Ghost Dog is instructed to assassinate a gangster who's having an affair with the daughter of the mob's boss. The hit goes smoothly, but since it's an inside job that involved the mob taking out one of their own, they conspire to take out Ghost Dog and cover their tracks completely. With Louie stuck in the middle, Ghost Dog turns his attention to the stereotypical mob, building up to an inevitable showdown. 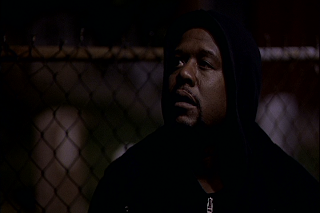 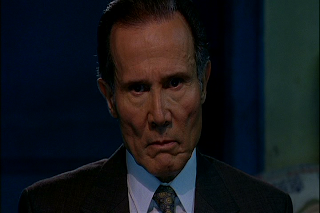 An interesting and subtle element of the film is the similarity between the samurai and the mob. There obviously aren't any actual samurais in the film, but there are numerous quotes and passages throughout the film that are taken from the Hagakure, which Ghost Dog spends his free time studying. These quotes are somewhat relevant to the story being presented. While it's never really expounded upon, the fact is raised regarding the mob having their own "code", which is something that's been long established in mob lore, be it in real life or in cinema, but rarely contrasted with samurai lore. Even more interesting, in my opinion, is that GHOST DOG can be seen as two things: a samurai film taken out of feudal Japan and set against the backdrop of New York City's criminal underworld, or a film about a delusional man that may or may not have mental problems, who becomes obssessed with a book about samurais and suddenly believes that he's one of them.

Something else worth noting are the recurring scenes of characters attentively watching cartoons on television. Is this a Jarmusch thing? I've only seen about four of his films including this one, so I can't really speak on the logic behind these recurring scenes.

GHOST DOG is an interesting and odd film with a great hip-hop score by the RZA. For being almost two hours long, it's paced very well and there's never an overly dull moment, despite it not being the most action-packed movie out there. What makes the film so engaging, in my opinion, is the mystique behind Ghost Dog, mixed with the natural strangeness of Forest Whitaker. The great Henry Silva plays the film's lead mobster. He spends most of the running time scowling and not saying a whole lot, but at one point he mimics elk noises out of nowhere, which just might be worth the price of admission alone. My biggest complaint would be the cinematography, which I found to be pretty bland for the most part.