On the run after betraying his gang, a Salvadorian teenager named Casper boards a train en route to the U.S. and forms a bond with a Honduran immigrant named Sayra. The gang featured in the film, La Mara, is based on the real deal. La Mara, also known as MS-13, is over 70,000 strong in both the United States and Mexico. When the movie opens, we're introduced to the soft-spoken Casper and his friend Smiley, who's a bit younger. Acting as his sponsor, Casper reluctantly helps initiate Smiley into the gang and subsequently shows him the ropes by introducing him to all of the heavily-tattooed members. He even later assists Smiley in performing his final task before becoming a full-fledged member: murdering a rival of the gang. It's during the initiation sequence that we're introduced to the gang's leader, Lil' Mago, who eventually plays an important part in the film. He's a scumbag, but I'll get to that.

The first half of SIN NOMBRE goes back and forth between Casper and Sayra's respective stories before ultimately uniting them on the freight train as they attempt to abandon Central America. One of the great things about SIN NOMBRE is that Casper and Sayra could have had their own standalone films, so the fact that the film is made up of two sub-plots (interesting sub-plots at that) and spends a good amount of the running time going back and forth between the two does wonders for the pacing. 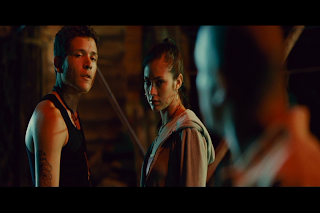 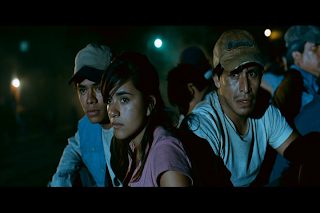 Initially, one of the issues I had with the film was Casper's sub-plot about him wanting to distance himself from the gang and eventually doing so through unfortunate circumstances. Because of how it's structured, it's quite generic and doesn't do anything that a number of urban films that came before it haven't already done. Thankfully it's not enough to take away from the film, for the simple fact that the actual gang is quite fascinating - Lil' Mago's character in particular. Lil' Mago is inherently similar to Charles Manson because of his manipulative personality and also because of the cult-like atmosphere of La Mara and how they're insistent on living together, sharing everything, and basically isolating themselves from the rest of the society. 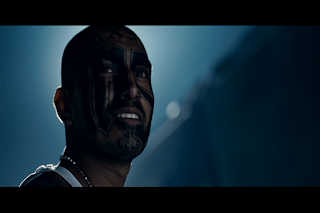 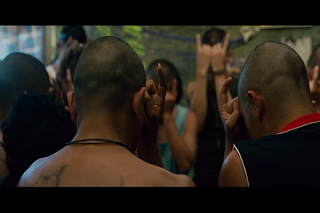 Aside from some random History Channel documentary on gangs, this film is about as close to we'll get to seeing the real thing. Which brings me to something else that I found to be noteworthy about the film. Another thing that makes SIN NOMBRE a fascinating watch is that it feels genuine and real for a number of reasons, namely because of the unfamiliarity with the actors involved. Ironically, the film's wonderful cinematography, which I found to be one of the film's biggest strengths, lessens the reality of SIN NOMBRE by constantly reminding you that you're indeed watching a film. I'm curious as to why director Cary Fukunaga (JANE EYRE) chose to gloss it up rather than taking a more stripped-down and dirtier approach.

In the end, I wasn't so much blown away by the story presented in SIN NOMBRE as I was the characters and the aesthetic. Story-wise, Casper's situation is fairly interesting because of the irony involved; he's doing the right thing by wanting to distance himself from the gang, but in doing so - regardless of what you think about the gang lifestyle - he betrays a code and a set of rules. Personally, I loved everything involving La Mara because of how un-Hollywood it all looked. In other words, there's a sense of danger to what they were doing. Knowing that these actors were in lower-class neighborhoods in Mexico with a bunch of fake tattoos that could have gotten them killed if they displayed them on the streets is interesting to me. SIN NOMBRE is cinematically impressive overall, but somewhat generic and predictable story-wise.