Set in an a CROW-esque industrial wasteland and borderline post-apocalypse cityscape, GABRIEL is about an arc angel who's sent down from the heavens to battle a group of fallen angels. The opening of the film establishes an idea and, I guess, a set of rules and guidelines, which state that, once a soul crosses over into the afterlife, it then travels into one of two opposing realms: a divine source of harmony and wellbeing (Heaven) and a consuming source of evil and malevolence (Hell). You know what? Fuck it. Normally I don't quote movies, but in this case I'll make an exception for some of the title cards that pop up at the opening of the film, because it sums everything up quite well: "For centuries, 7 arc angels, protectors of the light, and 7 fallen, soldiers of the dark, have silently fought for balance of power over these unclaimed souls. Each side is restricteed to sending only one warrior in every cycle. Upon arrival, they must assume human form. At present, darkness rules, and has the strongest grip on the city that it has ever held." 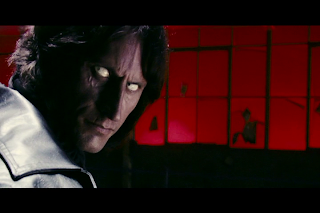 Now, I'm not sure what "city" the above quote is talking about exactly, Of course it's referring to the decayed city that the film takes place in, but I don't know if there's a specific city that the angels are supposed to inhabit. Know what I mean? I'm assuming that the "city" is the afterlife itself, or perhaps Hell, but I'm not sure. Maybe I should pay more attention when I watch movies. However, it's just a minor detail and ultimately not that big of a deal. Gabriel (Andy Whitfield) is sent down to kick some fallen angel ass, and in the process he tries to seek out other arc angels who, since the previous "cycles" I'm assuming, have succumbed to the fallen angels in some form or another (Uriel is a recluse who lives in a trailer, Amitiel is a heroin-addicted prostitute, etc). The fallen angels, led by Sammael, have been dominant over the years, and they're basically presented in the film as a gang of sleazy Goth pseudo-vampires. 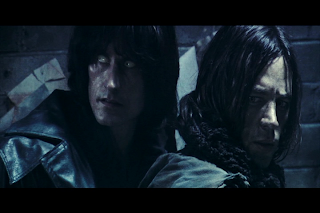 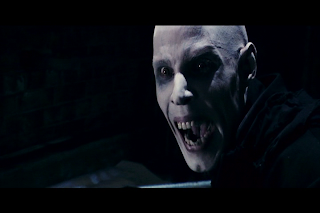 It's suggested that this is Gabriel's first rodeo, so throughout the film he sort of learns to adapt to his human form and use his powers, but not in a goofy fish-out-of-water type of way. On either side of the "war", you have characters using weapons and hand-to-hand combat instead of supernatural powers, which is kind of odd, but it's actually explained in the film. In the case of Gabriel, he has to limit his use of supernatural powers because it makes him weaker, which ties into the fact that he's sort of presented as a martyr of sorts when he selflessly uses his powers to help his fellow angels instead of using them against his enemies because it's in his nature to help others. With all of that being said, the film builds up to a final showdown between Gabriel and Sammael, with the rest of the fallen angels as the mini-bosses who Gabriel has to get through first. 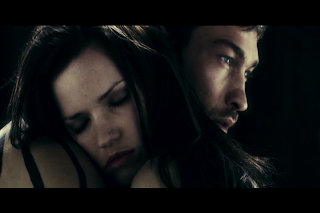 GABRIEL is an ambitious low-budget Australian production, and a passion project of sorts for director Shane Abbess. Despite the limitations on the production end of things, the film looks really good. It's generally a very hyperstylized film with a scummy industrial aesthetic. Dark, muted colors, and pretty much every character lives in poverty and looks like they haven't showered in many moons. I know I already mentioned the name of it, but the film that mostly comes to mind when watching GABRIEL, for an ample amount of reasons, is THE CROW. As for the action scenes, we get a bit of John Woo-style "Gun Fu" and MATRIX-esque slow motion shoot-outs that, thankfully, aren't overused. However, even though the limited amount of supernatural stuff is explained (and keeping in mind the budgetary constraints), it's still disappointing. 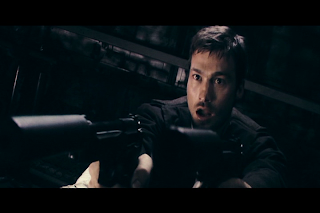 You'd think the limited resources provided to the filmmakers during production would have ultimately led to it being flawed in many ways, but it's not the case. As I said, GABRIEL looks really good for what it is, be it the special effects or the overall look of the film. The low budget isn't the issue here, but rather the fact that it doesn't really stand out from movies like the ones I previously mentioned in this review, or other similar films that came before it for that matter. I do like how they tried to incorporate the mythology of the angels into the film and sort of play around with it and tweak it in order to translate it all into a dark genre film, but ultimately you're just watching a bunch of dudes in leather jackets and trench coats shooting at each other in the rain. In other words, the mythos and the religious connection, I feel, doesn't really play as big a part in the film as it probably should have. It's still a fun little film, though, with great characters and a solid cast. It would have been cool to see this get turned into a series, because there's a lot of potential to expand on the universe and idea that's created here. Lead actor Andy Whitfield went on to star in the television series SPARTACUS: BLOOD AND SAND and his career looked to be taking off as a result, but unfortunately he passed away in late 2011 because of health problems. Much like another young actor from another film mentioned in this review, the tragic and premature death of Whitfield makes his character and performance in this all the more haunting.