Brian Paulin is a filmmaker and special effects artist who produces independent Gore-based horror films for his own Morbid Vision Films company. One of his films, BONE SICKNESS, is currently available on Netflix, while others are available through the Morbid Vision website, which you can find the link to below! 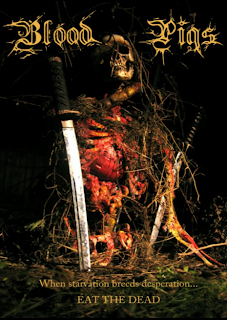 1. Who are you and where are you from?
My name is Brian Paulin and I am from Seekonk Massachusetts.

2. Where might people know you from?
I directed the movies Bone Sickness, Fetus and BloodPigs and I play characters in all of them.

3. When it comes to what you do, who or what are your major influences?
Tom Savini’s make-up effects work is what made me interested in learning how to do effects. Then my love for horror films like The Evil Dead, Return of the Living Dead and The Howling made me want to try making my own movies. Just watching was no longer enough. I had to take part some how.

4. What four peoples' faces would you put on your own personal Mt. Rushmore?
Tom Savini, John Carpenter, H.P. Lovecraft and Quorthon from the Swedish black metal band Bathory.

7. What's the last podcast you listened to?
Creepshow radio 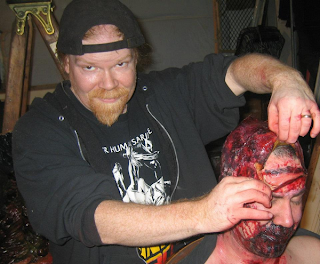 10. What are your favorite sports teams?
I have zero interest in sports. The only athletic event I watch is Sasuke from Japan which is called Ninja Warrior here in the States. Makoto Nagano is my favorite to watch. 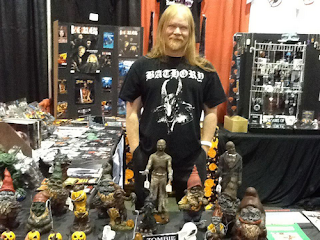 11. What cartoon or comic book character can you relate to the most?
I have no idea. Maybe Amano Jaku from Urotsukidoji.

12. Create a playlist of ten songs that give people an idea of your musical taste.
Sargeist – Burning Voice of Adoration
Bathory – The Rite of Darkness
Bathory – Call From the Grave
Funeral Mist – Sun of Hope
Immortal – Circling Above in Time Before Time
Satyricon – Mother North
Kiss – Detroit Rock City
W.A.S.P. - I Wanna be Some Body
Twisted Sister – Burn In Hell
Gorgoroth - Prosperity and Beauty

13. If you could spend the day at an amusement park with one person from the entertainment industry, who would it be and why?
Tom Atkins because Tom Atkins is awesome. 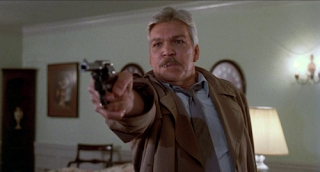