It was through my good buddies over at Trick or Treat Radio that I discovered Jim Smith - a New Jersey-based electronic musician who records music under the name TEEEL and owns his own record label, Synth Records. I can say without any hyperbole whatsoever that his latest album UNIVERSITY HEIGHTS is one of my favorite and most listened-to albums of 2012 and one that I highly recommend everyone check out if you're into synth-heavy electronic music with a little bit of guitars and horror movie references thrown in. You can check out Jim at the links below, and buy his music while you're at it! 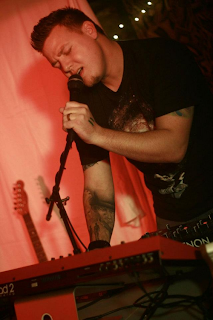 1. Who are you and where are you from?
Jim Smith from Planet Earth


2. Where might people know you from?
My music project, TEEEL


3. When it comes to what you do, who or what are your major influences?
Synthesizers, Horror Movies, Electronic music, Jack Daniel's Whiskey, Fortune Cookie fortunes, Darth Vader, Back to the Future, fast cars

5. What's the last album you bought?
Deftones - Koi No Yokan

6. What are the last movies you saw in theaters and on DVD/Blu-Ray?
Theatre - Dark Night Rises
Blu-Ray - Blade Runner 30th Anniversary

7. What's the last podcast you listened to?
The Cryptocast Episode 16

8. What's the last video game you played?
Midway Arcade Classics on the iPad

10. What are your favorite sports teams?
NY Rangers 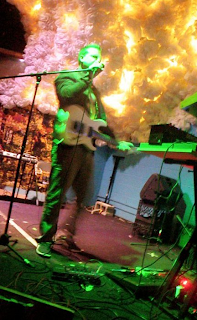 11. What cartoon or comic book character can you relate to the most?
Batman - I spend time in my cave, love my car, and obsessed with gadgets and electronics

13. If you could spend the day at an amusement park with one person from the entertainment industry, who would it be and why?
Jack Black, I think he would be fun to hang out, get drunk and joke around. 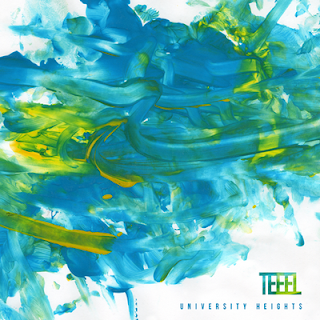