I love using this 13 Questions segment to give other bloggers a shout-out, and this week's guest runs one of my favorite Horror/Exploitation blogs out there. Get to know Jeffrey Canino a little better and then check out his blog at the link below to see what the fuss is all about! 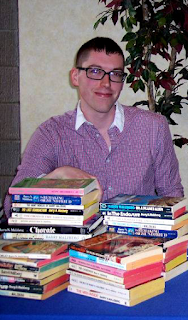 1. Who are you and where are you from?
I’m Jeffrey Canino, originally of Syracuse, New York, and currently located 3.5 hours south-west, nestled in the Hudson Valley. I live above a horse barn in an apartment with a chandelier, a stained-glass window, much counter space, and several hundred blu-ray discs.

2. Where might people know you from?
I write probably too much about horror movies at my blog, Nessun timore, which is Italian for “no fear” or (as I prefer) “without fear.” I specialize in Eurohorror, slashers, and found footage, though my horrific tendrils sink themselves into all the fleshy horror they can discover.

3. When it comes to what you do, who or what are your major influences?
Anyone who has ever written thoughtful, critical, and loving words about trashy cinema is an inspiration and influence to me. In an age of shallow 140-character Twitter reviews, it’s heartening to see some folks press on with quality analytical writing about cinema. I doubt I’d be as committed to writing about film with the same passion if the work of writers like Tim Lucas, John Kenneth Muir, and Stephen Thrower hadn’t shown me what was possible. If one day I’m able to be even a fraction as eloquent and prolific as any one of them, I will consider myself a tremendous success.

5. What's the last album you bought?
Manfred Hubler and Siegfried Schwab – Vampyros Lesbos: Sexadelic Dance Party 2XLP, which is probably too sexy to put on when having company over but that hasn’t stopped me yet.

6. What are the last movies you saw in theaters and on DVD/Blu-Ray?
I mostly saw whatever bits of IRON MAN 3 that I could see through the 3-D glasses. The last blu-ray I watched was WHAT EVER HAPPENED TO BABY JANE? Good lord, what a movie that was.

7. What's the last podcast you listened to?
Listing only one would do a great injustice to all the other fine programs out there, so I’ll simply say that The Feminine Critique, The Faculty of Horror, The Gentleman’s Guide to Midnite Cinema, Hello! This is the Doomed Show, Naschycast, The Hysteria Continues, and (of course) The Mill Creeps are on constant rotation in my ear buds. I’m also a longtime listener of The Best Show on WFMU.

8. What's the last video game you played?
I was playing Super Metroid recently but about ten minutes in I got stuck in a wall mid-jump, which was decidedly less-than-Super. 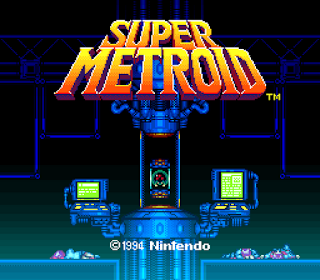 9. What's the last book you read?
The last two I finished were Robert Heinlein’s DOUBLE STAR and Lawrence Wright’s GOING CLEAR. Currently I’m savoring Theodore Sturgeon’s THE DREAMING JEWELS and Ted Chiang’s STORIES OF YOUR LIFE AND OTHERS.

10. What are you favorite sports teams?
The Baseball Furies. 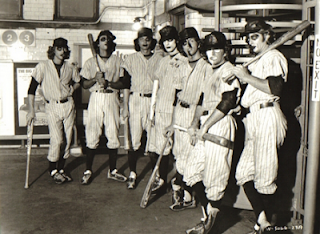 11. What cartoon or comic book character can you relate to the most?
I mean, I’d like to say something cool here but really, let’s be honest, it’s Eeyore.

13. If you could spend the day at an amusement park with one person from the entertainment industry, who would it be and why?
Elisabeth Shue circa ADVENTURES IN BABYSITTING. My reasoning should be self-evident. 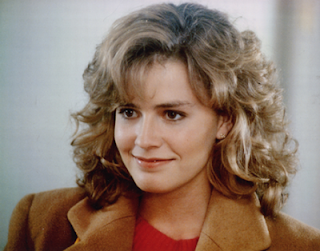