Tobe Hooper's original TEXAS CHAIN SAW MASSACRE isn't just my favorite Horror movie of all time - it's my favorite movie of all time period. I haven't seen it hundreds of times, and I can't quote the entire movie or describe it to someone frame-by-frame, but I can't stress the importance of TEXAS CHAIN SAW MASSACRE enough as it pertains to my overall love of cinema. However, despite holding the original in the highest regard, I'm not one of those people who damned the remake when it came out. In fact, I saw it on opening night with some friends and it went down as one of the funnest experiences I've ever had in a movie theater, but maybe I'll talk about that if I ever end up reviewing the Platinum Dunes remake one of these days. That being said, regardless of having an open mind, TEXAS CHAINSAW (released in theaters as TEXAS CHAINSAW 3D) has always looked like an absolute trainwreck for a number of reasons.

Rarely have I walked out of a movie theater after seeing something in 3D and thought to myself: "Wow, that was totally worth my hard-earned money!" To me, it's all just a scam to charge more money at the box office. That would be fine if filmmakers actually exploited 3D to its fullest potential. But hey, I'm not a filmmaker, so what the fuck do I know? Anyway, the whole point I'm trying to make is that 3D is pretty fucking pointless, and it has the opposite effect on me in terms of it being a selling point; I'll go out of my way not to see something in 3D on the big screen if I can help it. And when it comes to mainstream horror movies, 3D is usually a huge red flag for me, which is why I was a bit apprehensive about this particular film from the start. Oh, and there's also the track record of shitty mainstream horror to come out in the last few years, but that's a rant for another time. Ugh. 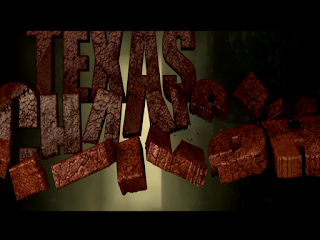 What TEXAS CHAINSAW does is disregard everything after Tobe Hooper's original and establish itself as a direct sequel, but it should be noted that it takes liberties with the original as well. After a montage of footage from the original TEXAS CHAIN SAW MASSACRE (basically a highlight reel of its death scenes and iconic imagery), we get a DEVIL'S REJECT-esque shootout at the infamous Sawyer house that picks up not too long after Sally Hardesty escaped the clutches of the fucked-up Sawyer family. There's a stand-off with a single cop, who simply asks that Leatherface surrender to the police. Oh, and instead of just the three original remaining members of the Sawyer clan, there are a whole shit-load of people in the house, including a woman holding a baby that's supposedly fathered by Drayton Sawyer (Bill Moseley, who replaces the deceased Jim Siedow). 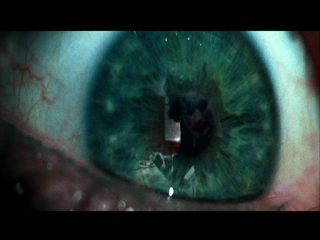 Long story short, shit doesn't turn out well for the Sawyers, and the baby - a girl - is rescued by a married redneck couple who subsequently raise it as their own. Cut to approximately 20 years later, and now the little Sawyer girl has grown up to be a beautiful young woman named Heather. The people who raised her went all those years without telling her the truth, but she eventually finds out everything when she gets word of her biological Grandmother passing away and leaving the tragic Sawyer house in her name. So Heather and her friends hit the road, pick up a hitch-hiker, and check out the Sawyer house, only to find that our old buddy Leatherface is still dwelling there. 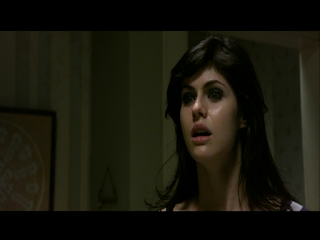 One of the things that piqued my interest about the film before it came out was the rumor that it would include footage from the original. I was very curious to see how they'd incorporate said footage, and I think they did a pretty good job with it. It was more or less an info-dump of imagery for a new generation of people who may not have seen the original, but I saw it as a nice trip down memory lane. And, to be fair, at least they didn't try to recreate the original with new actors and newly-shot footage like the FRIDAY THE 13TH reboot/remake/sequel thing from 2009. For continuity's sake, though, they were forced to replace Jim Siedow with Bill Moseley essentially re-enacting Siedow's scenes from the original so that they could feature his character in this film.

To anyone who's a fan of the franchise, it's a bit jarring to see Bill Moseley playing "Cook" considering we all know him for playing Chop-Top in TEXAS CHAINSAW MASSACRE 2, but if there's anyone who should've taken over for Siedow, it's Bill Moseley. Plus, it gave the filmmakers a chance to feature yet another person from TCM mythology in a cameo. Also appearing in TEXAS CHAINSAW are Gunnar Hansen (the original Leatherface), Marilyn Burns (Sally Hardesty from the original TCM), and John Dugan (Grandpa from the original TCM). With the exception of Marilyn Burns (who I honestly didn't even spot), all of the aforementioned actors appear in the opening shootout scene at the Sawyer house, but Dugan is the only person to reprise his role, which, to me, is quite the fucking Easter Egg.

I haven't read any reviews of TEXAS CHAINSAW aside from one that Christine posted at Paracinema, but the general word-of-mouth has been bad. In fact, I don't think I've ever heard anyone defend this movie. As much as I'm inclined to be contrary, I won't be defending this movie either, but I didn't think it was as bad as I was led to believe. One of the biggest complaints I've heard from acquaintances who have seen it is the continuity issues. The original TCM took place in the early 70s, which means that the character of Heather would be almost 40 years-old by this point. And the film makes it perfectly clear that this particular story takes place in present-day, so we as viewers can't even pretend that it's set in the 90s (which would be more accurate). To the film's credit, though, they don't reveal the year that the shootout at the beginning of the movie took place, which goes back to what I said about liberties being taken with the original's story. I can understand why people would be annoyed by this, but remakes/reboots have committed far worse crimes in the past, which is why I wasn't particularly bothered by it. 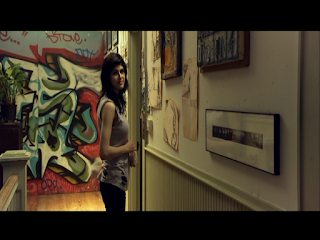 I felt TEXAS CHAINSAW had the potential to be pretty good, all things considered. The characters were pretty stupid and annoying except for Heather, but they're all irrelevant for the most part, and they don't exactly overstay their welcome if you know what I mean. Speaking of Heather, one of the main draws of this movie for me was actress Alexandra Daddario, who I've been crushing on ever since BEREAVEMENT. I think she did a good job in this, but to be completely honest, I was too mesmerized by her beauty to notice her acting. Whoops! All kidding aside, for a horror movie that simply requires lots of screaming and running and crying, Alexandra did a pretty good job. Another actor who I didn't really know anything about beforehand and was impressed with in this was Paul Rae, who essentially plays the film's villain. Dan Yeager, I suppose, did a decent enough job of carrying the torch and swingin' the saw, but the ultimate pay-off with Leatherface in the film left me a bit bewildered. I'll just leave it at that. 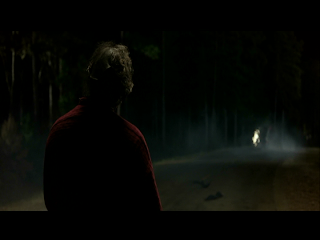 As I said, the potential was there, but when it's all said and done, TEXAS CHAINSAW shits the bed in one of the most crucial of areas: the writing. The screenplay was written by three people, and one of them is the man responsible for JASON GOES TO HELL, just to give you an idea of the quality here. And despite the fact that the film doesn't really follow up the original with a noteworthy amount of continuity, I really like where they went with the characters, and it seems like they writers had a solid outline and idea of what they wanted to do. For the most part they succeeded, but, without getting into details, the final product makes it easy to nit-pick and criticize. Again, good ideas and lots of potential for something fresh and exciting, but that's about where it ends. At the end of the day, though, this is a perfectly watchable slasher movie that didn't bore me or leave me frustrated by the time it was over. Go into it with very low expectations and I think you'll feel the same way.