WARNING: This post contains SPOILERS for Season 6 and some mild spoilers for Season 7.

I rarely stray from the traditional review and just write about shit like TV shows, so I thought I'd sit down and just spew whatever comes to mind in regards to the latest season of DEXTER. This is more or less, however, a review of the season and my general thoughts and opinions of it.

I can't remember the last time I had Showtime, so I've been keeping up with DEXTER as it's been coming out on DVD. I've been consistently keeping up since the first season, though, which is something I can't say about many shows. DEXTER being a part of my life for the last six years has pretty much been the only reason I haven't given up on it yet. I've gradually watched the characters grow and develop, I've ironically rooted for the character of Dexter despite him being a murderer, and I've seen characters who I've grown to like (and dislike) get the ceremonious farewell treatment via a knife to the sternum. And, with it widely known that the next season will be the last, I have to say that I'm a bit sad to see one of my favorite shows being put to rest. On the other hand I'm also relieved that the end is near, but I'll get to that later. 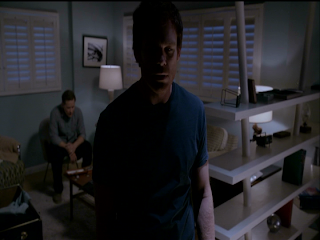 Season 6 ended with a huge cliffhanger. Speaking of which, one of the things I've always loved about DEXTER is that the cliffhangers have been consistently great. And what's even better is that the show actually follows through with them instead of doing the whole "psych-out" thing that TV shows like TRUE BLOOD have a tendency to do. But anyway, yeah, the ending of season 6. I won't exactly elaborate on it even though I posted a "Spoiler Alert", but I'll just say: what happened at the end of season 6 was inevitable. Dexter was bound to slip up, or at least be in the wrong place at the wrong time. It still doesn't take away from the "holy shit" factor of it though. 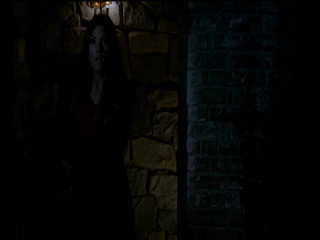 That said, I was very curious to see what they'd do with Deb and how they'd have her react to finding Dexter about to kill someone in his ritualistic fashion. On the other hand, how would Dexter react? Would Deb do her job and arrest him? Would Dexter be willing to go so far as to kill his own sister just to protect his secret? After all, Dexter spent six seasons covering his tracks and killing anyone who got too close and threatened to expose him, so who's to say that he won't instinctively murder Deb and spend the rest of the series dealing with the guilt of that? In doing so, however, he'd be breaking his code, but anyone who watched this season knows that the "code" holds very little meaning to Dexter now, especially with his revelations throughout this season in regards to his "Dark Passenger".

Ultimately, I'm glad that they went in the direction they did with Deb and Dexter. It was the logical and "safe" direction to go, but it makes more sense for the both of them to have this event hanging over their heads. It also gives the show an opportunity to question their bond and test their loyalty to each other throughout the season, and it has even more of an impact with two things in mind: 1) Deb's promotion, which gives her more responsibility and more of a reason to be by-the-book, and 2) the revelation at the end of season 6 in regards to Deb's true feelings about her brother. 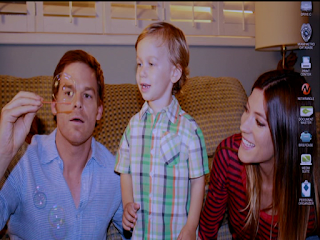 With that aside, let's get to the supporting characters and the obligatory guest star. In the past, both the guest stars and the sinister characters that come into the picture and pose a threat to Dexter have ranged anywhere from "great" to "underwhelming". With this season, as far as new characters being introduced, we have yet another love interest for Dexter in the form of Hannah McKay (Yvonne Strahovski), who's sort of a Black Widow type of character. Personally, I've been done with the whole recurring theme of Dexter having a complicated love interest since season 5 when Julia Stiles on. For someone who's so insistent on detaching himself from people, Dexter sure has a lot of girlfriends, but I suppose that's just the human side of him showing. Eventually loneliness and a feeling to connect with someone takes its toll on even the most reclusive of people. But yeah, the way in which Hannah's character ultimately affected Dexter and those around him was a bit predictable, but it resulted in some great moments of tension nonetheless - especially towards the end of the season when things take a turn with Hannah. 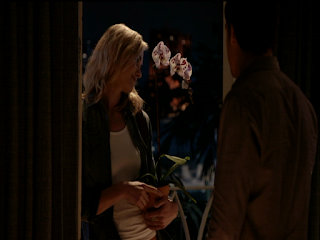 As far as the "special guest star", we have Ray Stevenson, who, I have to say, was a terrific addition to the show. I've always liked Stevenson and found him to be really good in spite of some of the films he's been in, but he's never been an actor who I go out of my way to see in movies and shows. Stevenson is superb here, though, and, most importantly, his character doesn't overstay his welcome. His character - a person of power in the Ukranian mob - not only serves his purpose but also creates an interesting contrast to Dexter as the two occasionally cross paths. Their relationship to each other was one of those relationships where you really wish they'd stop opposing each other and join forces because of how well their chemistry is, but alas. In any event, Stevenson is excellent, and I think the sub-plot involving the mob was handled well and did a good job of getting other supporting characters involved. 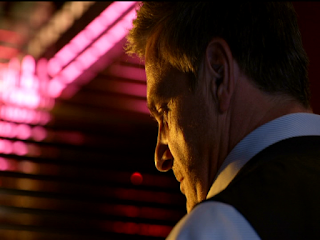 In the context of me watching the series as a marathon as opposed to watching the episodes on a weekly basis (I powered through this season in just under 48 hours), I have to say that it meandered quite a bit at times in between the opening episodes and the finale, but not as much as in the last season or two. There weren't more than a handful of times I can recall with this season where I thought to myself "Holy shit, I absolutely need to see the next episode right now!", but overall it kept me interested enough to not want to take a break or move on to something else, which is something I certainly can't say about the two seasons prior to this. I dug the assortment of serial killers that were incorporated into this season seemingly for the sake of the show's pacing. 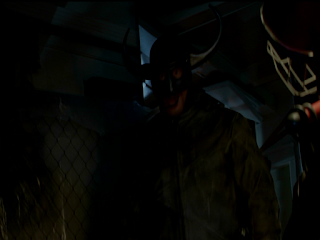 You can tell this season was written with the end of the series in mind, because all bets are off, which is especially evident by the time the season comes to its shocking conclusion. That said, this isn't a typical season of the show, and there's a nice balance of everything that has made the show great up to this point combined with a lingering feeling that everything could go off the rails at any point. Instead of figuring out absurd ways to extend Dexter's bloody reign as a homicidal anti-hero, they're throwing damn near everything at the wall and seeing what sticks. No one is safe. 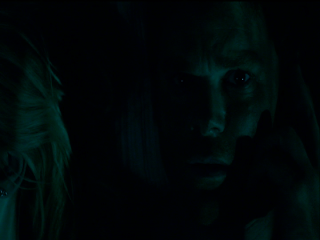 Overall, a very watchable season and a step up from the last few. I think I'd even go so far as to say that this is in the top three for me if I were to rank the seasons, but I'd really have to re-watch the first three before I could even begin to consider ranking them. The highlights for me as far as the performances are Jennifer Carpenter and Ray Stevenson. Carpenter (who I've always liked but has a tendency to get on my nerves at times) is pretty amazing in this and clearly puts so much emotion into her performance. And, despite the fact that he's kind of a douchebag, the character of Quinn has really grown on me in the last couple of seasons. When it's all said and done, I'm really curious to see where Quinn in particular stands. As far as Batista, the seeds are already planted at this point for his character to get some closure, but who knows; that could all change considering the final moments of this season.