I watched AMERICAN MARY a couple of months ago, so it's not exactly fresh in my mind. I watched it during a time when I started to get reacquainted with Asian action and horror. One of the directors whose films I decided to catch up on was Shion Sono. Watching Sono's films was a revelation, but that's a discussion for another time. The timing was strange, though; as I watched AMERICAN MARY, I couldn't help but notice some subtle references to Sono's films, specifically SUICIDE CLUB. Whether the similarities were intentional or not, I have no idea, nor do I care enough to check, but considering the directors - twin sisters Jen and Sylvia Soska - are huge fans of horror movies, I wouldn't be surprised if they were in fact nodding to Sono. One of the references to SUICIDE CLUB (and NORIKO'S DINNER TABLE) is the theme of "connection", which is fitting considering I feel like I have a connection to actress Katharine Isabelle. 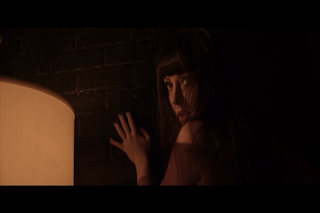 You probably think I'm some crazy, delusional stalker based on that last sentence, but I assure you it's not the case. Allow me to elaborate. Like most people who saw GINGER SNAPS for the first time, I fell in love with it. I was fortunate enough to have rented GINGER SNAPS completely oblivious to what it was and purely based on the crappy artwork of the American release. Me and a friend would have "Bad Movie Night", and we'd usually go to the liquor store, rent the worst-looking horror movie we could find, and just surrender ourselves to the awfulness of bad horror for 90 minutes. Not that I expected GINGER SNAPS to be shitty, but I certainly wasn't expecting it to be as good as it was. Its stars, Katharine Isabelle and Emily Perkins, have turned up in a lot of stuff since then (more so Isabelle than Perkins), and I'm always happy to see them because of how important GINGER SNAPS is to me. So there! Ironically, though, that connection to Isabelle is now severed thanks to this movie. I'll explain shortly. 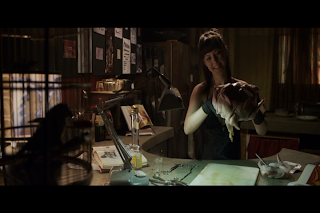 Mary Mason (Isabelle) is a medical student who aspires to be a surgeon. She's financially struggling, so she naturally turns to the Adult Classified Ads. Aw yeah! An interview at a strip club takes an unexpected turn when the club's owner offers her a large sum of money to put her surgical knowledge to use. The next day, she gets a visit from a woman who's addicted to plastic surgery and literally wants to look like a cartoon character. This encounter leads to another lucrative offer for Mary, in which she's hired to perform an "unconventional surgery" on another woman who's also addicted to plastic surgery. This section of the film plants the seeds for Mary's involvement in the strange world of body modification and, essentially, black market surgery. An unfortunate event then sets the stage for Mary to be victimized, which then leads to a revenge sub-plot. And that's about the most I can probably say about AMERICAN MARY without giving away too much details about the plot. But, with surgery and revenge on the table, the gruesome possibilities go without saying. 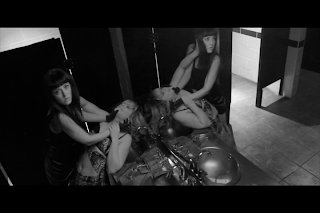 What I like about AMERICAN MARY is that, initially, it keeps you alert. You never know what kinda weird shit is coming next. In that respect, it reminded me of a Sono film, so I was even more curious when, later in the film, there's a line of dialogue that seems to be lifted straight out of SUICIDE CLUB. Unfortunately, that's pretty much where my enthusiasm for this film ends. The initial set-up of everything is pretty good. The rest? Not so much, but apparently I'm in a small minority of horror fans when I think that. For one, I thought the dialogue was brutal, on top of the fact that I felt AMERICAN MARY to be very uneven; whereas not knowing where the movie was gonna go in the first half was a good thing, the same can't be said for the second half. Not only was I unsure of what direction this film was headed in the second half,  but I can't even say that I was particularly interested. And I'm sure all of the hype leading into it didn't help either. 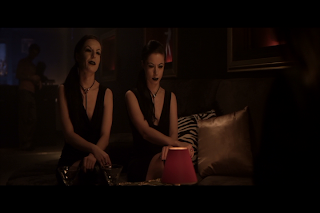 I have no problem with the Soska twins. They seem like cool people, and, as a horror fan, I'm happy to see horror movies being made by fans of the genre rather than hired guns. It's those people - whether you like them or not - who deserve our support, be it financially or whatever. The success of AMERICAN MARY (at least on a critical level anyway) is a step in the right direction for the horror genre, and I, for one, am extremely excited for Jen and Sylvia to be directing the sequel to SEE NO EVIL. The bottom line is: I was very underwhelmed by this movie and I don't see what all the fuss is about. It seems like the Soska sisters wanted to build a movie around the image of Mary that they drew up in their minds - a borderline dominatrix who dabbles in surgery and (literally) sticks it to the man. Or perhaps they just wanted to build on the idea of an attractive woman in bondage outfits and surgical gear. Whether any of those claims are true or not, I feel like the idea of the film is a lot more interesting than the movie itself. As far as Katharine Isabelle, she's undeniably hot, but she didn't quite have what it took to carry this movie as a leading actress. I didn't go into this expecting her to be the next Meryl Streep or anything, but I felt that, given the nature of her character and the fact that this was her chance to shine, she should have brought the thunder, and it was far from the case. And, because of that, I'm perfectly fine with getting Katharine Isabelle in small doses from this point forward.