Ever since being utterly impressed with director Adam Wingard's A HORRIBLE WAY TO DIE a couple of years ago, I've been meaning to go back in his filmography and watch some of his earlier films. With his recent YOU'RE NEXT finally getting a wide release after sitting on the shelf for about two years, I figured now would be as good a time as any to dig into his earlier works. 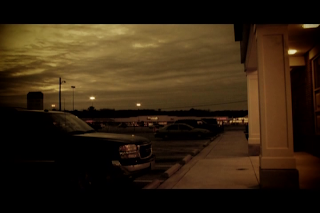 POP SKULL is set in Alabama and follows a depressed young man named Daniel as he attempts to get over a break-up by abusing over-the-counter and prescription drugs. Other characters come in and out of Daniel's life as the movie progresses - namely his best friend Jeff and Jeff's jailbait girlfriend Morgan. Daniel's ex-girlfriend Natalie appears in flashback scenes and occasionally shows up in the context of what's going on.

POP SKULL is a visually-assaulting and moody film that doesn't follow a traditional narrative. I learned after watching it that Adam Wingard and his collaborator Lane Hughes (who also plays Daniel) went into this project with no script and merely intended to make a somewhat autobiographical account of a rough time that Hughes was going through in his personal life. E.L. Katz was eventually brought in as a co-writer, and the rest is history. Wingard and Hughes initially shot some documentary-style footage of the actual people that the characters in the film were based on, but those scenes were ultimately scrapped. The end result is a psychological horror movie with an aesthetic that goes back and forth between nightmarish, psychedelic, decayed, and haunting. 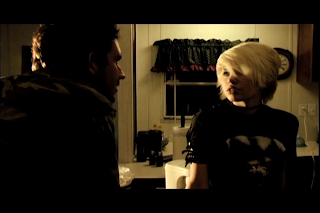 The film opens with a title card that warns viewers of possible seizure-inducing visuals that will turn up in the film, and pretty much right off the bat we're assaulted with strobes and flashing images that, according to Wingard, were inspired by "robotripping". This strobe sequences, which regularly appear throughout the film, also contain images that are either there for added effect or give us a glimpse into Daniel's memory - specifically memories of his ex. And that's basically the gist of POP SKULL. It's a dark and hallucinatory character study about someone who's going through a shitty time. There's also an inconsequential ghost story element to the film that allows for some of the more traditional horror imagery. 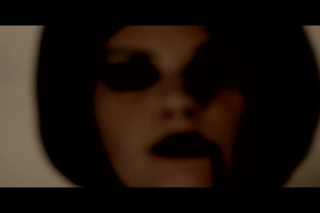 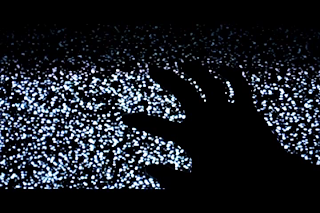 POP SKULL has a tendency to meander and drag at times, but that's inherent given the nature of the film and the lack of a true narrative. However, the occasionally slow pace is never damaging to the film. As pretentious as it may sound, the pace gives the viewer a lot of time to really soak in the imagery and atmosphere, although it does lose a bit of steam towards the end in a way that suggests that perhaps Wingard didn't quite have enough there for a feature-length film and tried too hard to stretch it out into a full movie. But, all things considered, it's not that big of a deal. We also get a lot of narration from Daniel throughout the film. The delivery of dialogue from Hughes and the other actors feels like I'm listening to a recording of some sort of drunken confessional, which is a good thing as far as I'm concerned. POP SKULL, as a whole, is beautiful and almost poetic in a drab way, kinda like if Shane Carruth made a white trash movie. It's also a good companion piece to A HORRIBLE WAY TO DAY in terms of the mood, visuals, and characters. The only caveat I'd throw out there is that the focus, seemingly, is on the imagery rather than storytelling and character development, so I wouldn't recommend that anyone go into this expecting something deep or profound.