This is a new weekly feature that I'll be doing throughout September - if I even make it that far. The point of this experiment is to force myself to watch movies I probably wouldn't normally sit through, and also to support my local Mom and Pop video store. What this entails is that I go to the video store, walk up to a specific section, and pick a movie off the shelf without looking. I grab a total of five movies from different sections, and then I watch and review them.

The Action Section: AMAZONS AND GLADIATORS (2001)
Unlike other movies in this post, I'd actually heard of this one. The timing for me watching it is a bit weird considering it was the first thing I watched right after finishing up the final season of SPARTACUS. What initially drew me to this film when I first heard about it, coincidentally, was my documented obsession with the SPARTACUS television show and a sudden interest in watching Gladiator-related cinema of the obscure variety. The fact that it stars Jennifer Rubin was also partly responsible for sparking my curiosity. 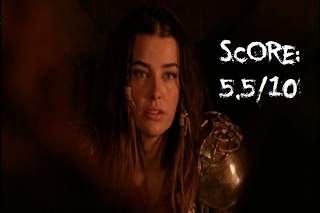 AMAZONS AND GLADIATORS is about a young Amazon warrior named Serena who seeks vengeance against the man who murdered her mother years ago: the cruel Roman governor Crassius. For those unfamiliar with Roman mythology, Crassius is the guy who took down Spartacus. Anyway, the first noticeable thing about this movie is how low-budget it looks, which is ultimately the film's major problem aside from the script and some of the acting - particularly that of super hottie Nichole Hiltz, who plays Serena. As much as I love Jennifer Rubin, let's face it: she's not the best actress out there. That said, I thought she was gonna stink up the joint, but she's actually fine in it thanks to her limited dialogue. AMAZONS AND GLADIATORS is more along the lines of something like HUNDRA rather than the insanely violent SPARTACUS show, so there's more of an emphasis on the adventure and female empowerment elements rather than excessive gore and action set-pieces. At 90 minutes, the film doesn't overstay its welcome and it's not as bad as I expected it to be. But, at the same time, I don't feel like I gained anything at all by watching it. 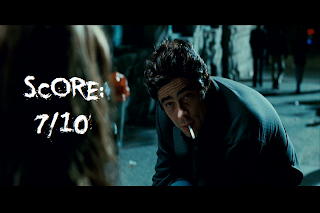 I'm pretty sure I'd heard of this one at some point, but not to the extent of me knowing what it was about. Seeing Halle Berry on the cover made me groan, but I was relieved to find out that Benicio Del Toro was in it. Nonetheless, I wasn't looking forward to watching it, and when I did watch the film, I went into it with the mindset of not wanting to like it, especially when it became evident early on that it's one of those movies that shamelessly tries to pull on the heartstrings. I like a good tearjerker as much as the next person, but I hate Dramas that don't try to earn their emotional reactions. THINGS WE LOST IN THE FIRE falls into the category of Dramas I don't like - at least with how it's set up anyway. Instead of taking you on a journey, it suddenly throws you into a tragic situation without much in the way of character development. In other words, it all feels very forced. We do get to know the characters as the film progresses though. It also switches gears at a certain point and the story's focus turns to something other than what's established early on, with the effects of the aforementioned tragedy looming large over everyone. THINGS WE LOST IN THE FIRE ended up winning me over about half-way through, mostly because of Benicio Del Toro's performance and the beautiful cinematography, but it's certainly not a film that resonated with me in any significant way. This is also perhaps the most adorable I've ever seen Allison Lohman in a film.

The Classics Section: THE ROSE TATTOO (1955)
I'm really bad when it comes to catching up with the classics. Great cinema is great cinema, but there's still an undeniable disconnect between myself and older films. All the great actors and directors who worked during the yesteryears of cinema are pretty foreign to me for the most part. The bottom line is that films from that era are a huge "blindspot" for me, so it's always refreshing to watch the classics every once in a while. I didn't know anything about THE ROSE TATTOO going into it and the only person in the film I recognized was Burt Lancaster. My earliest memories of Burt Lancaster date back to seeing him in TOUGH GUYS back when I was a kid, which is probably not one of the films he'd like to be most remembered for. But apparently he was quite the hunk back in his day. When I checked this movie out at the video store, the older woman who rang me up paused when she saw Burt Lancaster on the DVD cover and started to fan herself like she got hot all of a sudden. 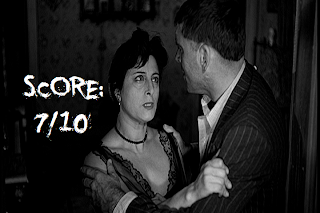 Like THINGS WE LOST IN THE FIRE, this is a film that revolves around a widowed woman and how she deals with loss. THE ROSE TATTOO is a Dramedy about a Sicilian woman named Serafina who spirals into depression following the death of her husband. On top of that, her teenage daughter is beginning to show interest in boys and soon begins dating someone. Just when loneliness takes its toll, she's unexpectely courted by Burt Lancaster's character, Alvaro, who turns out to be quite the handfull. The comedy and drama in THE ROSE TATTOO are balanced so well that neither feel forced or out of place. There's also a lot to chew on when it comes to the three main characters and how they all play a part in the story. The situation between the two leads in particular is worthy of a much longer discussion than this short review will allow. I've never dated a widow, but I've dated people who have just gotten out of relationships; the delicacy of a situation like that is something that neither party takes into consideration until it's too late, and this is something that THE ROSE TATTOO addresses. When it comes to my cinematic education, I don't feel like seeing this has benefited me in a major way, but it's a beautifully shot and well-done film. Anna Magnani's timeless performance is noteworthy.

The Comedy Section: WHITE COATS (2004)
Due to cost cutting, a group of hospital interns are forced to perform medical procedures that they aren't qualified for. Every possible gross-out hospital gag you can think of is in here. Exploding shit bags, botched surgeries, people vomiting into corpses, STD jokes, etc. WHITE COATS is mostly plotless and full of obvious jokes. In fact, I didn't even so much as chuckle a single time, but I wasn't exactly repulsed or offended by the film in any way. I've seen much worse when it comes to comedies that fall flat on their faces. 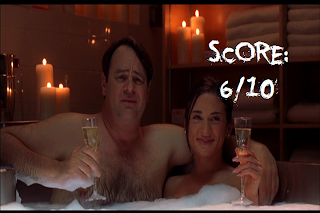 Where WHITE COATS fails as a comedy, it succeeds as a film about a group of people who adapt to a shitty situation and bond with each other in the process. Most of the interns are actually likable and seeing them go through their process of learning the ropes (or just fucking around) made this Canadian comedy somewhat enjoyable. Although, WHITE COATS also has one of the worst-written black characters I've ever seen - he's unapologetically piggish and tends to be the guy who attracts "drama", but he refuses to take responsibility for his actions and even goes so far as to pull the race card at one point. He's a real scumbag but yet he's made out to be this likable everyman for some reason. I was also surprised by the fact that the film goes in some serious and unexpected directions towards the end. What I'll take away most from this is my massive crush on actress Christine Chatelain. Good lord. Oh, and Dan Aykroyd is in it.

The Sci-Fi Section: CYBORG CONQUEST (2009)
When I picked this off the video store shelf, I was shocked to find out that this isn't an Asylum release. The artwork, which portrays a row of robots that look like carbon copies of TERMINATOR endoskeletons, just screams "Asylum cash-in", but it was actually distributed by First Look Studios, who've also been known to put out their share of bad, low-budget straight-to-DVD movies. And CYBORG CONQUEST (alternate title: CHROME ANGELS) is definitely a bad, low-budget straight-to-DVD movie. 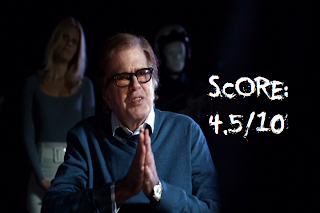 As this started, I thought: "Wow, this could end up being pretty fun." The film opens with an introduction of about six or seven hot chicks who rob banks and ride motorcycles. The good news is that these women turn out to be the lead characters of the film and have some great "Girls with Guns" moments. The bad news is... well, where do I even start? First of all, the movie stinks and the cool characters that are introduced would be better off in something else. Second, some of the lead actresses (I'm looking at you, Stacey Dash) are almost painful to watch. Third, the full potential of how awesome the characters could be is barely realized, and, unfortunately, some of them get lost in the shuffle and never get a chance to have their "moment". The biggest problem with the film, though, is that it just isn't very fun. It's not even enjoyable for the wrong reasons. I don't even care about the low-budget look and quality of the film because that's just the nature of the beast. CYBORG CONQUEST just drops the ball in every possible way when it comes to the fun factor. The gags are brutal, the plot is a mess, and the action is very disappointing. There's some decent eye candy in this, but that's about it.