First of all, James from Behind The Couch was nice enough to ask me to contribute to his October Lovecraftathon, so you can head over there right now and check out my review of COOL AIR, directed by Albert Pyun. I was a little hesitant to partake since I'm not as well-read when it comes to H.P. Lovecraft as I should be, but James has always been cool enough to contribute his awesome writing skills to The Death Rattle in the past whenever I've asked him, so it was a pleasure. Plus, it gave me an excuse to finally watch The Pyun doing Lovecraft! That said, I figured I'd go back and revisit another adaptation of Lovecraft's "Cool Air" short story, and thus I bring you this review of CHILL, which I first saw a few years back and wasn't too fond of at the time. 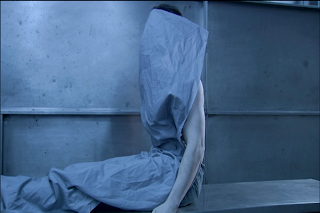 CHILL is a loose adaptation of Lovecraft's short story and it takes a more Slasher approach to the source material, with the Dr. Munoz character as an elusive killer rather than some weirdo who locks himself in a cold room and never goes out in public. Aside from Dr. Munoz, which is a direct reference to the short story, the lead character in this is also a writer, but he looks more like a washed-up boxer. Sam (the writer) arrives in a new town, broke and looking for work. He gets a job working at a store, and it's there that he meets Dr. Munoz who apparently owns the place and lives in a back room, where, like the short story, he keeps the temperature to a minimum. It's established through flashback scenes that Munoz was in involved in a project that lost funding, and now he conducts his own bizarre work in private. That being said, it kinda makes sense that he owns and lives in a shitty store; it's a low-key place where he can exist in solitude and not be bothered. 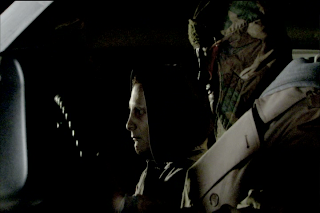 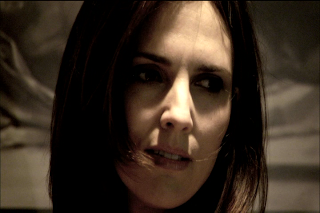 In the meantime, Sam meets an attractive woman named Maria, played by Ashley Laurence (HELLRAISER). Turns out Maria has some baggage in the form of a crazy ex-boyfriend, who also happens to be the detective who's investigating the string of murders that Dr. Munoz and his Frankenstein-ish assistant are responsible for. One of the very first scenes of the film is of Munoz and his disfigured monstrosity prowling the streets for victims. They drive a dirty-looking white van, which may as well have a neon-colored sign on it that says "Serial Killers Inside". More and more is revealed as the movie goes on in regards to why Munoz and his accomplice moonlight as killers, but among their victims are prostitutes, which leads to an awful sub-plot with an angry pimp. 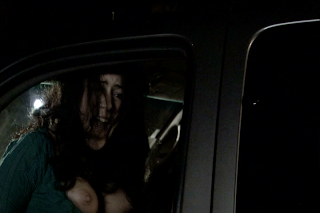 Without getting into details, the tension between Sam and Maria's ex eventually comes to a head while Sam somehow crosses paths with the mad doctor and learns about his disturbing lifestyle. If you've read Lovecraft's short story, the circumstances surrounding the meeting of Sam and Dr. Munoz are pretty much the same. With CHILL, there's not as much of a focus on mortality or the mystery surrounding Dr. Munoz as the source material, or even in regards to the relationship between the two lead characters. As I said, it takes elements from the short story and uses them to construct a slasher movie. 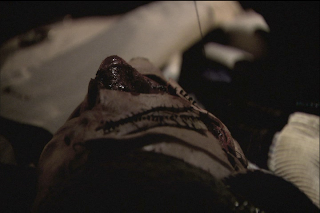 I ended up liking this one a little bit more than when I first saw it back in the day, but I still don't think it lives up to its potential for a number of reasons. The biggest problem I have with the film is the lead actor, Thomas Calabro, who constantly looks like he's about to fall asleep. This also has some embarrassingly bad CGI towards the end. On the plus side, I love the pairing of Dr. Munoz and his monstrosity and how they work together as a team and drive around in their white van. Also, this might be the most stunning I've ever seen Ashley Laurence, who I love anyway. So yeah, not as terrible as I remember, but a missed opportunity nonetheless.