Yeah you'll notice South Korean horror movies popping up on The Death Rattle. I've been wanting to watch more Asian horror in general, specifically South Korea for whatever reason, and this one right here is a doozy. SORUM is a movie that I picked up at my local video store and it's one of the few Asian horror titles in stock that I haven't seen (it's a small store). Lately I've just been grabbing anything off the shelf that has "Tartan Asia Extreme" on it and this was one of them.

SORUM revolves around a young, single cab driver named Yong-hyun who just up and decides he's gonna move into a dilapidated tenement building one day. There, he meets a couple of interesting characters. One of them is an author (I forget his name) who plays a really interesting role in this story, but I'll get to that later. The other is a young woman named Sun-yeong, who he's immediately drawn to upon first meeting her at the local 7-Eleven, where she works as a cashier. She also lives in the same building and has an abusive husband. The initial attraction isn't necessarily driven by romance but it eventually goes the route of them having an affair, which sparks a number of events that are disastrous for everyone involved. 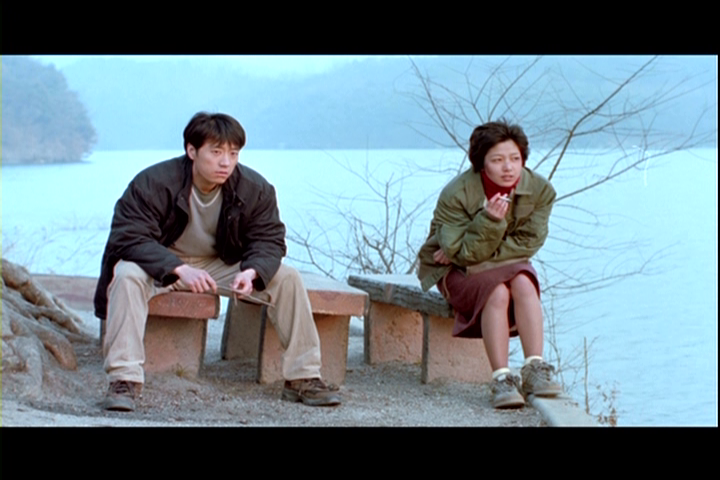 Going into this, I expected a ghost story, which it sort of is. You see, the building that the characters live in is also home to a terrible tragedy, and it's suggested that the souls of the people involved in the tragedy still dwell within the halls and walls of the building. As far as how our central characters are tied to that tragedy... well, that's where the big twist comes into the picture, so I'll leave it at that.

I have to say, SORUM took me on a ride. Sometimes in a good way and sometimes in a bad way. Like I said, I expected a ghost story, and while there are elements of it being a ghost story, most of the film plays out like a slow-burning Hitchcockean thriller - for the most part. To tell you the truth, I couldn't really tell where this movie was headed. Of course the seeds are planted for a complicated relationship between the two leads but my trained cinematic mind couldn't anticipate a specific endgame for the story and the characters. In other words, the film has a tendency to meander. 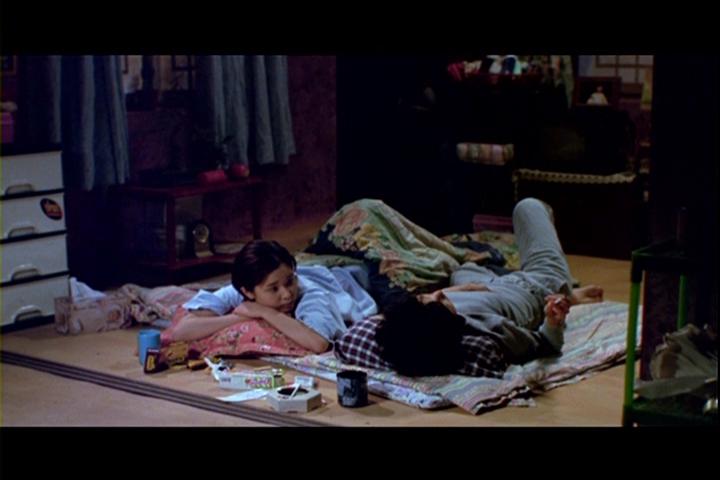 But you know the saying... "Good things come to those who wait", which is an understatement when it comes to this film. But first let me get back to the author. You know... the guy who the male lead sort of befriends and has conversations with on occasion. He's basically the film's self-referential element, or "meta" as the kids call it. The book he's working on is a supernatural story that's based on the very tragedy I mentioned earlier. In the process of working on his book, he plays amateur detective and does his share of research, and it's through his research that we learn about the tragedy and the alleged "curse" that surrounds it. Early in the film he utters the liner "I need a shock twist to end my book." Little did I know that he was essentially warning the viewer of interesting things to come.

One thing that's definitely worth mention is the tenement building itself. It doesn't appear to be very well maintained, but yet it looks oddly comfortable. It also looks like the type of place full of tenants that have been living there for many years and not the type of place where people come and go. It looks modern in some respects but it also has the appearance of an ancient building that suddenly protruded from the ground and cemented itself there as an immovable object like a concrete island that rose up in the middle of a peaceful lake. Maybe it's just my Western perspective marveling at something that's not a big deal at the end of the day, but, in my opinion, I don't think they could've picked a better location to shoot this movie in. 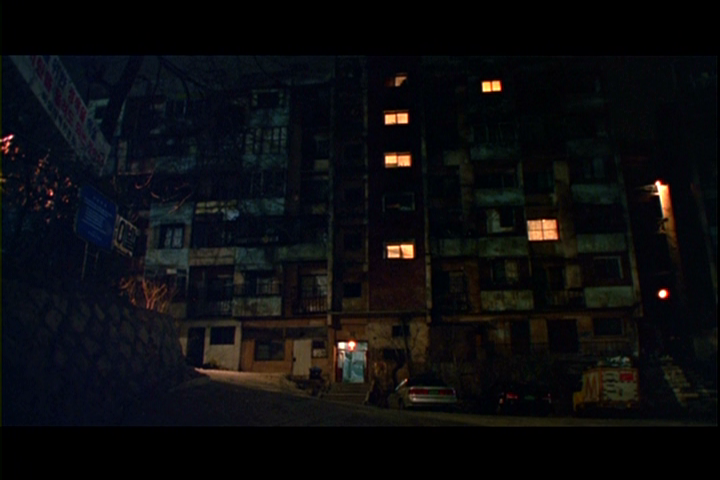 OK, are you ready for another one of Aaron's crazy observations? Well too bad because I'm gonna bring it up anyway. SORUM sort of reminded me of DRIVE. Yeah, the Nicolas Winding Refn movie from a couple of years ago. Just hear me out, people. You have a young, male lead who drives cars for a living and stays by himself in an apartment. He meets a young, short-haired female neighbor with relationship issues and begins to have an affair with her that sparks something in the both of them and sets a lot of things, story-wise, into motion. See? I'm not crazy! Well, I am, but you know what I mean. 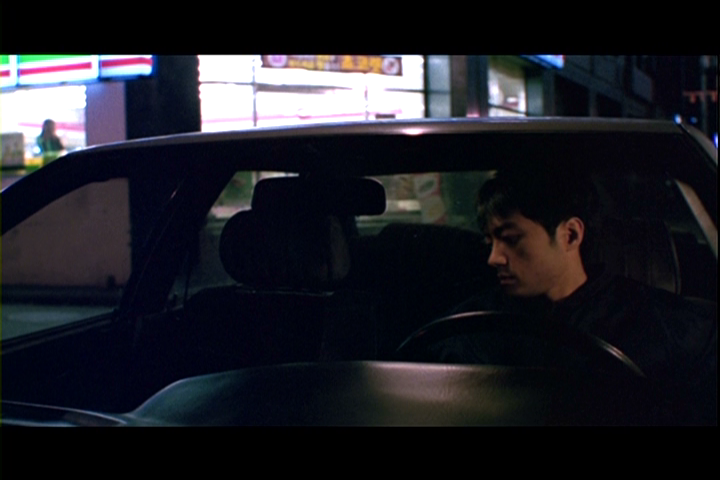 As SORUM approached its conclusion, I decided that it was basically an examination of some flawed individuals who cross paths at the wrong times in their lives. Mind you, whether or not this was a ghost story was still up in the air at this point. A large majority of everything horror-related up to this point could've been interpreted as being purely psychological. I thought the point of the film was that we can dwell in folklore and ghost stories all we want, but the true evil is a tangible thing that stares right back at us when we look in the mirror every day. Yeah, pretty deep, right? And then the last 20 minutes happened. I won't say whether or not it solidified SORUM as a ghost story once and for all, but it does put everything leading up to it into perspective. This all starts with a five-and-a-half-minute single-take scene that I wished would've went on longer, and from there SORUM quickly turned into a South Korean horror movie that I'd put up there with A TALE OF TWO SISTERS as one of the best the country has to offer. I personally think the end of SORUM is one of the best and most masterfully-executed conclusions to a horror film that I've ever seen. Period. And if the final shots of this movie don't creep you the fuck out, something's wrong with you.

P.S. The lead actress in this who plays the troubled love interest of the lead character died a few years after making this at the young age of 35, making this film all the more haunting.