I've been wanting to check this one out for a few years now. I mean, Jeffrey Combs and Angus Scrimm in the same movie... it's gotta be good, right?! 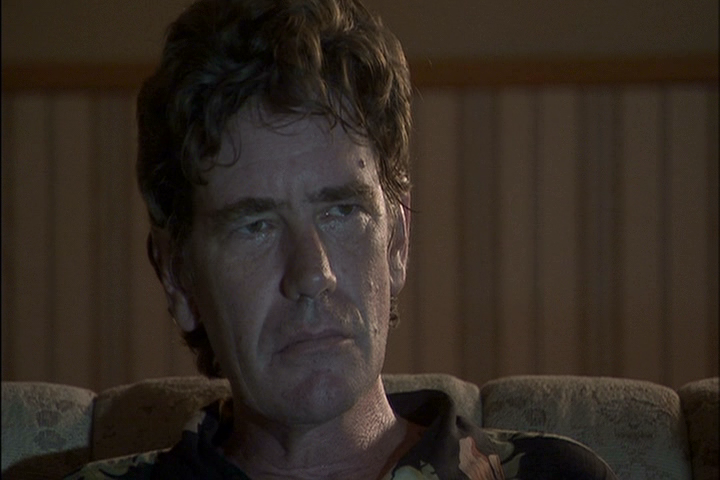 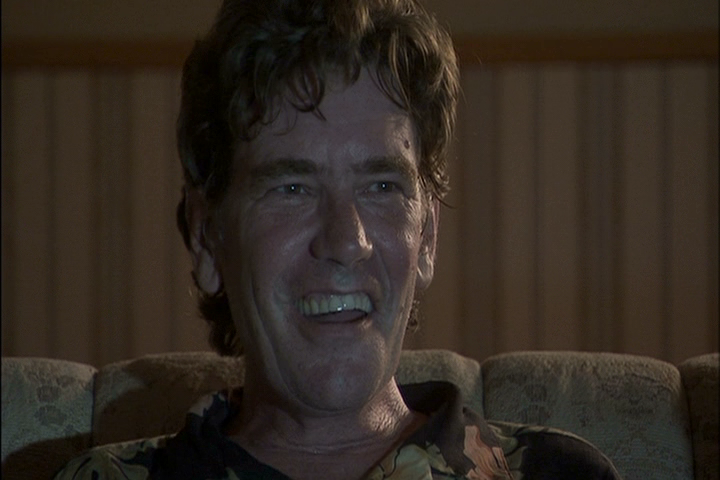 (Clearly he knows something I don't)

A young woman named Michelle gets in a car accident, wakes up in a hospital with memory loss, and her face is all bandaged up like a Mummy. According to her doctor, she'll have to get complete facial reconstructive surgery if she ever wants to live a normal life again. Melodrama ensues:

"Will I ever be normal?" "I used to be so beautiful!" Cue sweeping violin number and fake tears. 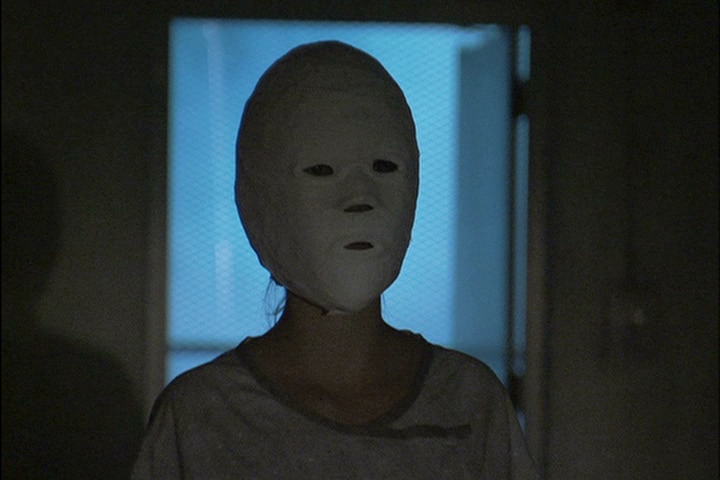 Prior to all this, we get a vague establishing scene that either shows us what happened to Michelle or it's all just a figment of her own hazy memory thanks to being on the receiving end of severe head trauma. Time eventually goes by and she comes out of the procedure as beautiful as ever (thank GAWD!) but still no memory of who she is or where she's from. That is, until her doctor (played by good ol' Angus Scrimm) presents her with the only personal item of hers that was salvaged from the crash: a fucked-up Ouija board thing. Except this ain't no Parker Brothers Ouija board that you can buy at Toys R' Us... this thing looks legit. And suddenly we get flashbacks of Michelle as a Goth chick, which is supposed to give us some clue about her past. But perhaps the most shocking revelation of all is that Michelle is a teenager when the actress playing her is clearly in her mid to late 20s. Bitch please! 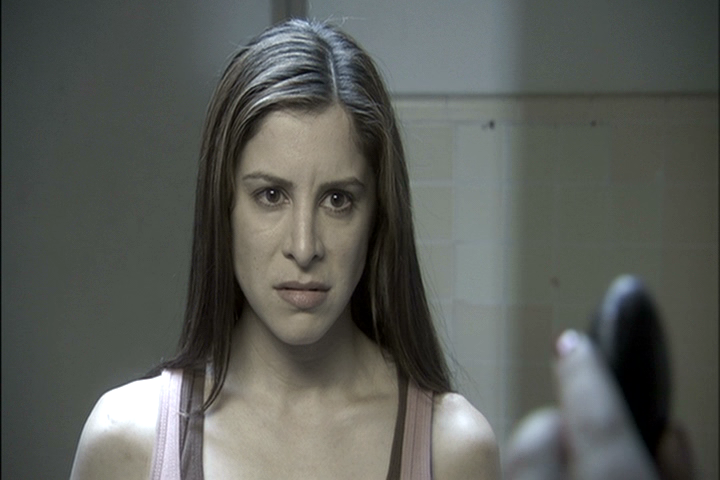 Long story short, she's picked up at the hospital by some sketchy-looking old dude who takes her to a home for troubled teens, which is apparently where she'll be living. So basically she's thrown into this house with a handful of misfit teens and it sort of turns into a third rate DREAM WARRIORS. Michelle even has recurring nightmares full of Satanic imagery and death, but I guess that's just her inner Goth chick making itself known. Because that's what Goths dream about, right? 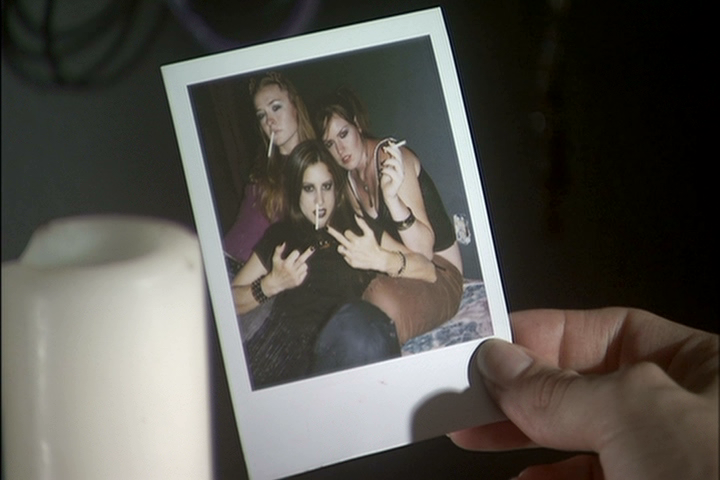 When this was all said and done, I wasn't really sure what happened. Michelle has a bunch of intense hallucinations and nightmares. As this is all taking place and she's trying to learn about her past, the people around her begin to die violently, building up to a showdown between Normal Michelle and Goth Michelle. Yes, you read that right. Oh, and spoiler alert by the way. Whatevs. 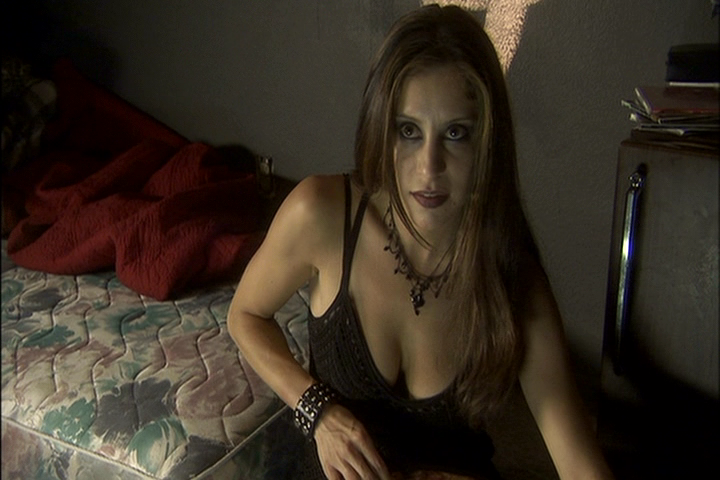 I knew right from the start that this was gonna be a steaming pile of shit, so I can't say that I was disappointed. In fact, SATANIC was pretty much everything I expected it to be: a low-budget, poorly-written, badly-acted, cheesball horror movie. Typically, when a horror film has to boast the names of respected genre actors who clearly shot all their scenes in a single day and collected a quick paycheck, it's safe to assume that it doesn't have much else going for it. That's why I tend to avoid horror movies (especially of the straight-to-DVD variety) that feature a shit load of beloved horror actors and check-cashers. 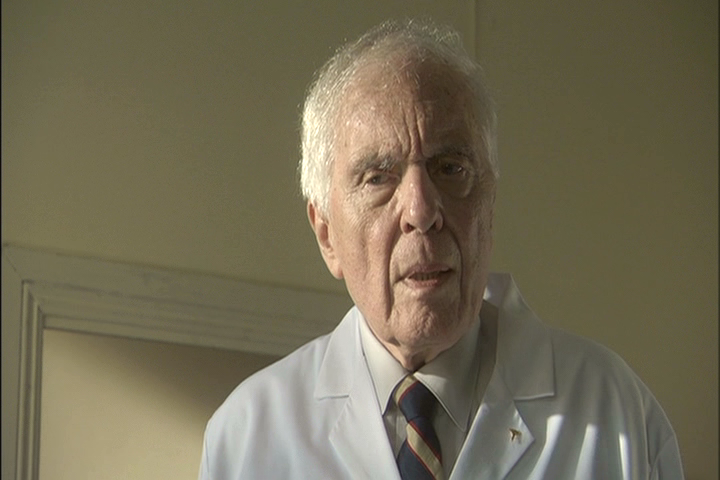 There's not much to talk about when it comes to the appearances of Scrimm, Combs, and Russo here. Acting-wise, SATANIC is pretty bad all across the board. I expected more from Diane Ayala Goldner, who I remember liking in the FEAST sequels as the butch Biker chick, but mumbles her way through this film and sounds like she's high on painkillers. Although, I will say that I loved Rick Dean (who starred in his share of B-movies before passing away in 2006) as the guy who picks up Michelle from the hospital and takes her to the home for slutty... I mean "troubled" teens. He reminded me of a cross between Tom Waits and Billy Drago and someone who's permanently drunk. Dean is on a completely different level than anyone else in this movie and I love every second of it. He has some great lines and his character seemed like the type who'd break the fourth wall and call the movie out on its own bullshit. Unfortunately, not even the late Rick Dean could save this Satanic turd from imploding thanks to its seemingly non-existent budget and terrible script.