Set in rural Kansas against the backdrop of an impending storm, NAILBITER follows a family of four (a mother and three daughters) as they travel to Kansas City to pick up the patriarch of the family from the airport - a soldier who's arriving home after being deployed overseas. However, they get derailed by a massive tornado (duh!) and find themselves taking cover in the storm shelter of a nearby home. Once the tornado passes through and they remain unscathed thanks to the sturdy shelter, they realize their problems have only just begun. For one, the door to the storm shelter is now blocked by a fallen tree. Will Bill Paxton and Helen Hunt come to the rescue? They'd better hope so, because, out of nowhere, they're being terrorized by a monster. Yeah, that's right... a monster. 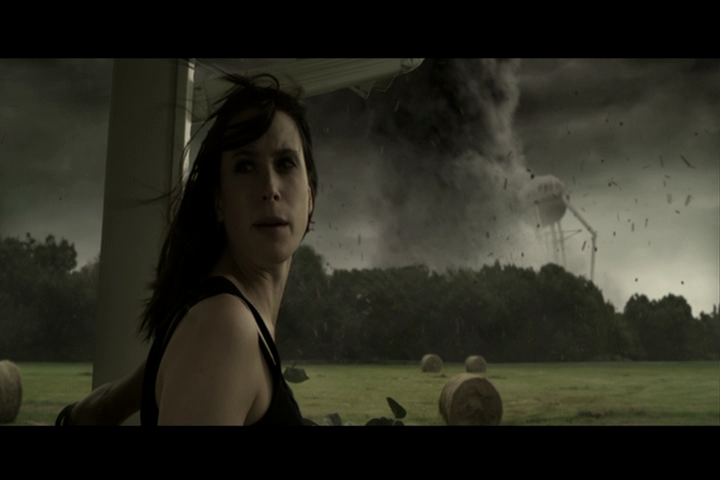 I knew NAILBITER was a monster movie going into it, but the question still remained: "Where did the monster come from?" Before this question was promptly answered by the movie itself, the possibility of it being blown in by the tornado swirled around in my head - like a tornado! A tornado full of crazy thoughts and even crazier theories. Yeah, I literally pondered the idea of a tornado picking up the monster out of a cave and dropping it outside of this particular home, where it subsequently saw fit to terrorize this poor family. Only to find out that the truth of the matter is even more insane than my own theory: the monster lives there. At the house. And not only that, but there are a whole family of these beasts. Mind you, this isn't some decrepit old house out in the middle of the woods. This is a rather nice house in rural Kansas that's right off the freeway. 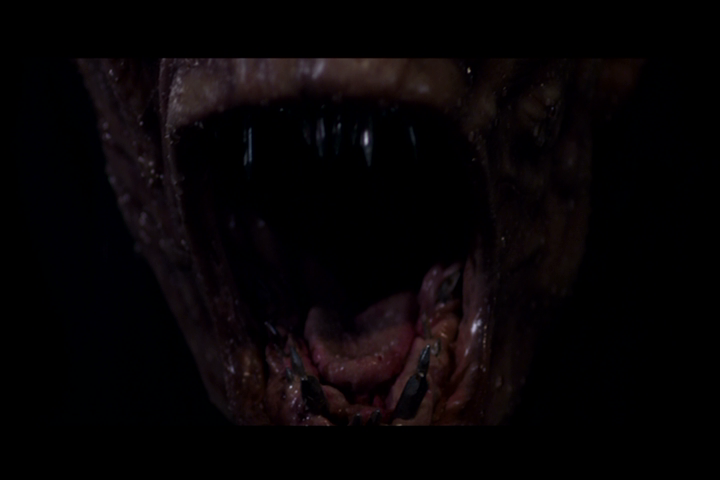 And that's all I'll say as far as the plot. It's really one of those "you gotta see it to believe it" kinda things. Plus, I'd be getting into spoilers anyway. At this point, I'd be totally fine with just ending my review of this movie altogether and moving on to something far more important: actress Sally Spurgeon, who plays the youngest daughter, also named Sally. As soon as I saw this girl, I had a strong suspicion that she'd be my favorite thing about this movie. Sally has a great look. She has these awful pigtails and looks like a young Drew Barrymore. She also looks like someone you'd see in an old 70s exploitation movie. I hope I'm not alone in thinking this, but when you watch movies from back in the day, humans seemed to be built and shaped differently, and Sally just has that look about her that I can't put into words. She also looks like someone who you'd see hanging around with Charles Manson. I truly fell in love with Sally and her smile while watching this (not in a perverted way, you sickos) and cherished every moment she was on screen. She just looked like she did not belong in this family and I loved it. 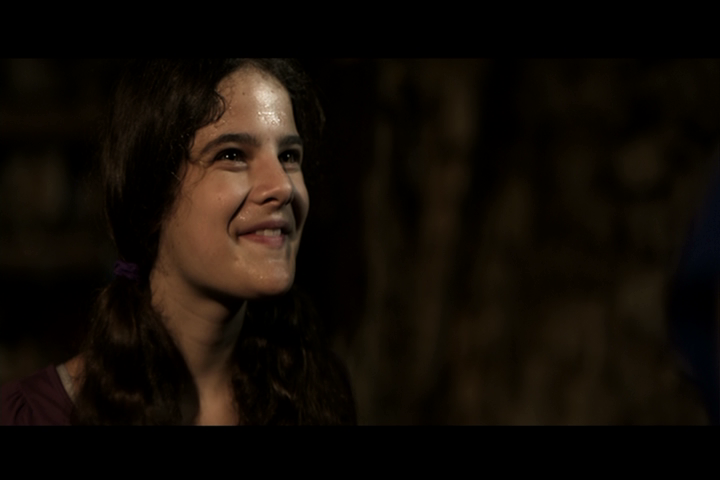 As for the other characters, there's the oldest daughter Jennifer, who's basically the rebellious teenager. She smokes cigarettes and hangs out with boys. Well... one boy. What a rock star. But I liked Jennifer, because she seemed to be the only one in this movie with any common sense. Too much common sense as a matter of fact. Which proved to be quite the contrast to her mother, whose sole purpose was to seemingly make the wrong decisions and get the family into the predicament that they found themselves in.

Notice how I'm talking about the characters and not the movie? There's a reason for that. The characters, to me, were the best thing about this movie. I'd like to say that NAILBITER is as awesome as it sounds, but it's unfortunately not the case. It started out that way but ultimately took a nosedive towards the end. The characters, however, were great, which is something that a lot of horror movies seem to be missing these days. For example, the film goes out of its way to establish the mother as a recovering alcoholic who seemingly struggles with sobriety on a daily basis. Does this aspect of her character have a pay-off? Not really, but it humanizes her. Plus, aside from one of those haunted house movies that seems to be the current trend in Hollywood, how often do you see a family as the center of a horror movie? Not too often. That's one of the things I appreciate about horror movies from the 80s and earlier: the family dynamic. Most of us can relate to a family in peril. Most of us can relate to the awkward relationship between parents and teenagers. Most of us can relate to having an older sibling who picks on us or a younger sibling who annoys the shit out of us. Most of us can't relate to having a large group of friends who look like models and fit every stereotype imaginable. And speaking of movies from the 80s and earlier, NAILBITER had a slight 80s vibe to it. The premise of stumbling upon a random house inhabited with monsters, to me, is something that harkens back to the ridiculous horror movies of the 80s. HUMONGOUS and GROTESQUE for example. Not only that, but the musical score for this sounds like a Jerry Goldsmith homage, and of course we all know that Goldsmith was the man back in the day. And of course there's Super Sally, who looks like she traveled through time from the set of E.T. 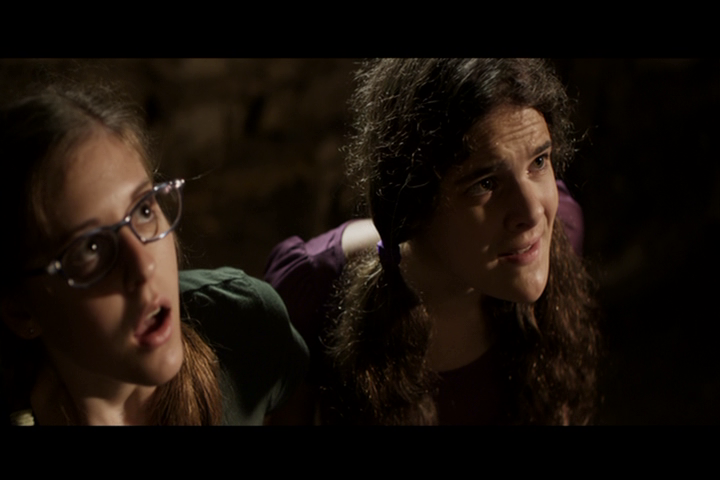 As I mentioned earlier, NAILBITER kinda falls apart towards the end - in my opinion anyway. I won't get into detail, but I will say that one of the big reveals towards the end reduced this from a fun and unique monster movie to an 80-minute episode of TALES FROM THE DARKSIDE, or something along those lines. The movie actually starts to go downhill at around the mid-way point, which is well before the big revelation and is actually when we get to see more of the monsters. I wouldn't call NAILBITER a complete disaster (Ha! "Disaster". Get it?) but it did end up being a huge disappointment for me when it was all said and done. It's certainly not as bad as its IMDB score would suggest (currently a 4.4 out of 10). With a running time of only 80 minutes, I'd say give it a watch on a Saturday night if you have nothing better to do, and if you do end up not liking it, it won't be too much of your time down the shitter.