Anyone wanna take a guess as to where this movie takes place?

On Halloween night, a group of friends decide to explore an abandoned mine and document all of their bad decisions on video. But before we even get to that, I'd like to touch on the characters a little - especially the one played by Alexa Vega (giggedy!). They're all in that post-high-school phase of their lives, which I thought was an interesting touch. They could've all very well been high-school or college students, but the uncertainty of their futures during a time where their lives are at a standstill plays a part in how they interact with each other throughout the film and how their relationships are fleshed out. Some people are more than willing to move forward while others are too afraid to let go of what they once had. I went into this with low expectations, so I was pleasantly surprised to see such care put into the character development and psychology. 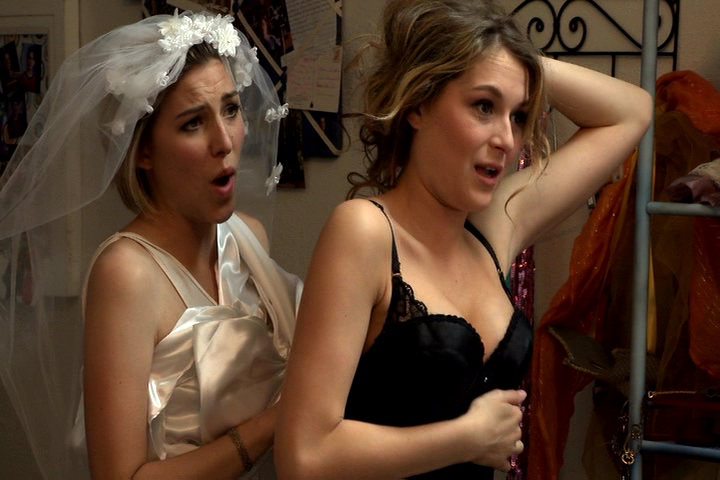 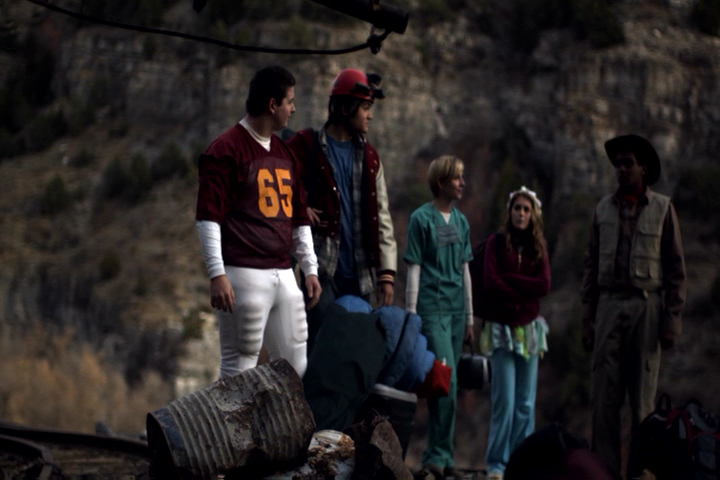 So yeah. Abandoned mine. Friends. Video documentation. Since this takes place on Halloween, the characters all dress in costumes as a way of keeping it festive despite the fact that they'll be in a place where no one can see them. In other words, it's kinda pointless. I'm a sucker for Halloween costumes in movies though. Especially movies from back in the day when people got creative instead of wearing cat ears and drawing whiskers on their cheeks. Unfortunately the costumes in this are lazy and uninspired. If you were to watch this and skip right to a scene in the second act, A) you wouldn't even realize that the characters were dressed in costumes (as you can see in the screenshot above), and B) you'd probably be confused as to why one of the characters is wearing scrubs. 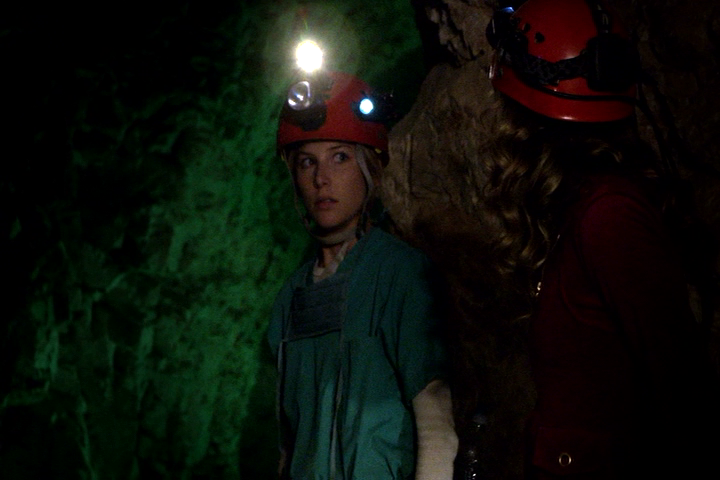 It's only just a few minutes into the film before it's randomly intercut with footage of the impending mine adventure, basically showing us what's to come before it happens in the context of the story. During these clips, characters are shown in distress, and they're juxtaposed with upbeat, happy moments early in the film. I get what the filmmakers were going for, but it's more confusing and distracting than anything, possibly due to the editing or the weird placement of the clips. Something else we get early in the film is an info dump on the history of the mine. The gist of it, as you could imagine, is that it's haunted. Basically, the characters get stuck in the mine and nothing too unusual happens. The tone of the film is really uneven. It's hard to tell if it wants to be scary or funny or cute. The characters are in peril one moment and seemingly bored and joking with each other the next. And then it's like "Oh yeah, we're supposed to be scared", at which point they act accordingly. Yeah it's weird. 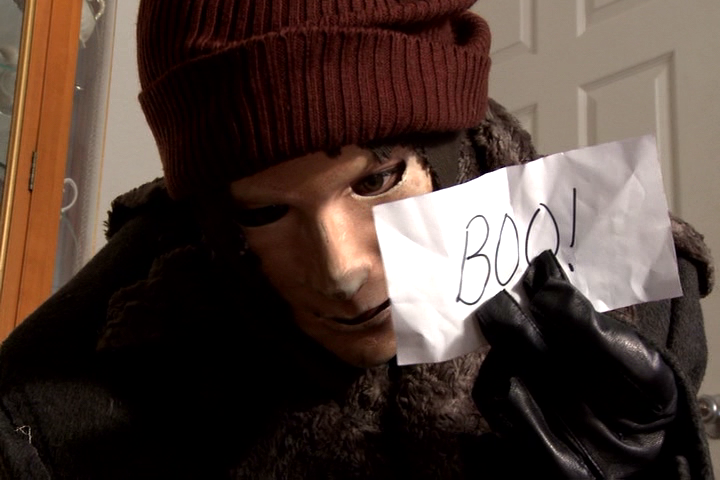 Earlier I mentioned being surprised by the depth of some of the characters. Another surprise was the film's unexpected emphasis on spirituality. And instead of showing you the ghosts, the movie suggests that perhaps the ghosts are in our head and they only show themselves if we decide to carry them with us, which sort of goes back to what I said about the characters being in a weird place in their lives and how they'll eventually decide to deal with it. I'm not saying there aren't any ghosts in the movie, but it's more of a psychological type of horror movie than a spook-fest.

Believe it or not, I have a lot to more to say about this movie, like the fact that all the characters are surprisingly likable with the exception of an obnoxious Indian guy who's basically the Jar Jar Binks of this movie. Or how one of the characters refers to the mine and its tunnels as a living creature with an anatomy, which I found to be pretty neat. But I won't. Instead I'll just go ahead and put a fork in this one. 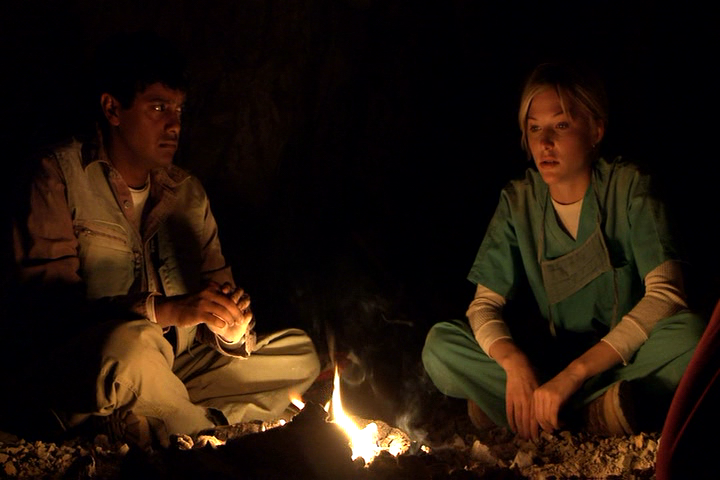 I found ABANDONED MINE to be pretty underwhelming as a whole and kinda goddamn boring. Despite being impressed with the things I already mentioned, there wasn't any misconception in my mind whatsoever that this was anything but a sub-par horror movie. But then the ending happened. The plot gets twisty during the final act, and the back end in general won me over big time because of the unexpected and strangely chilling directions it goes. Another thing I'll take away from ABANDONED MINE is being really impressed with actress Saige Thompson (she's the short-haired blonde in the screenshots). Something about her just really struck a chord with me - her presence, her look, everything. So anyway, while I found this to be worthwhile in the end, I doubt I'll ever watch it again and I wouldn't recommend it to anyone. I'd be curious to know how others would react to it, but it would be like pulling the pin on a grenade and handing it to someone, hoping it wouldn't blow them to pieces. As weird as it sounds, ABANDONED MINE is like if GOOSEBUMPS tried to pay homage to SESSION 9.