It's fitting that this film deals with prophecies and warnings because I too heard the warnings (via other reviews): 11-11-11 isn't a good movie. But I didn't listen. Would I have been better off paying attention to the signs? I'll answer that question soon, but first I'll explain why I disregarded the warnings and jumped in the fire. Quite simply, I'm a fan of director Darren Lynn Bousman. He directed two of the three SAW movies that didn't suck (I'm sure Emily will have an issue with that statement), and he also directed an interesting remake of MOTHER'S DAY that I feel is quite underrated. Oh yeah, and he also directed REPO: THE GENETIC OPERA, but I admittedly enjoy that movie for a number of reasons - the music, not so much. Until the day he makes an absolute abortion of a film, I'll always have time for Bousman.

The film opens on November 8, 2011, building up to the eponymous date, during which some cataclysmic event will apparently take place. The story revolves around a prolific author named Joe, who's mourning the loss of his wife and son. Understandably an emotional wreck, Joe - who comes from a Catholic background - questions the existence of God and has pretty much reached a point in his life where he's lost his faith, so he turns to writing about it as a means of therapy. Speaking of therapy, he also attends group sessions, where he befriends a young woman named Sadie (portrayed by Wendy Glenn, who played the sketchy chick in YOU'RE NEXT). Sadie's curiosity about Joe borders on genuine concern and just being flat-out nosy. 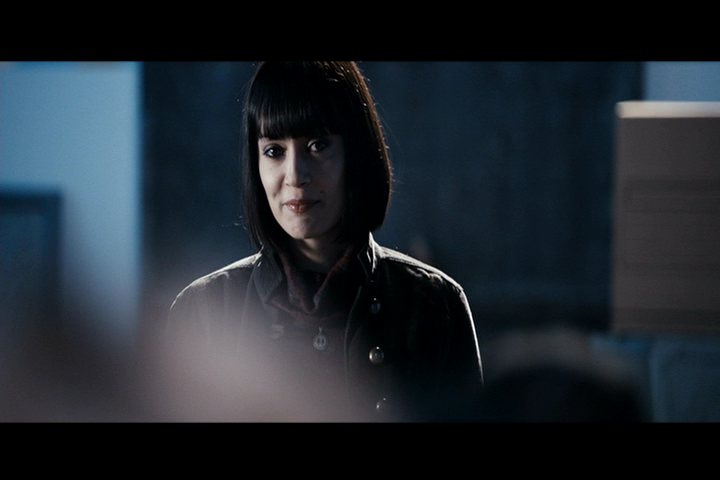 Because of the personal loss he's suffered, Joe also has nightmares about the tragic fire that killed his wife and kid. He also sees visions of a winged demon. Another apparent symptom of his damaged emotional and mental state is that he begins to see the number eleven pop up everywhere, especially the sequence of 11-11. Long story short, the death of Joe's elderly father reunites him with his brother - an unconventional pastor who endorses sinning - and thus we have the contrast of an Atheist and a man of God. From there, they work together to determine whether or not they're days away from an apocalyptic event based on Joe's visions. There's also an inherent conspiracy theory element to the story in regards to the date 11-11-11. 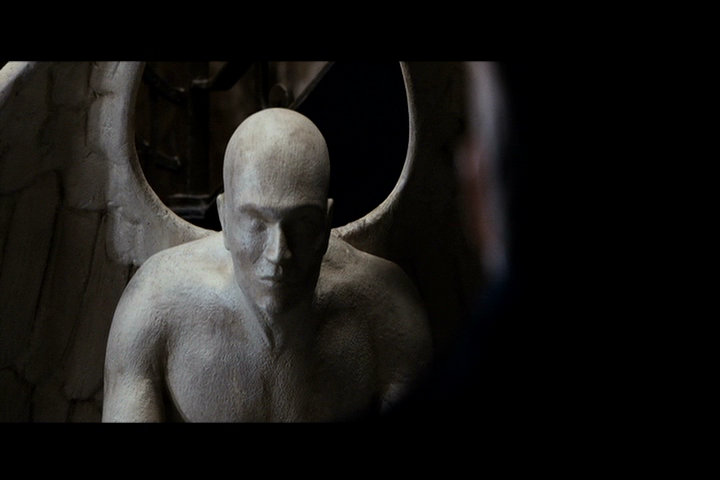 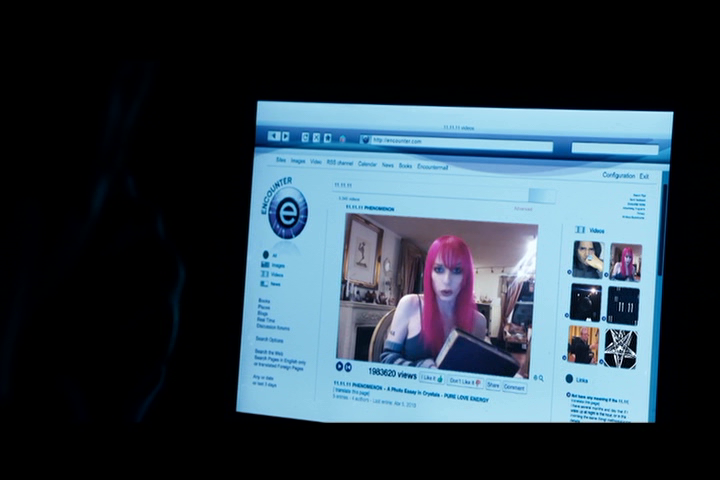 I don't like reading reviews of films before I see them because my views tend to be colored quite easily by other peoples' opinions, which is ironic when you consider how I write my reviews. But I happened to stumble across a review on IMDB that basically talked about how boring this movie is. So I went into it thinking "This is gonna be boring." Well, had I not read that review, I still would've been just as bored while watching this. Basically this is a fast-paced film consisting of Joe going around and doing a bunch of shit and you're not sure why he's doing what he's doing. Did that make sense? I hope so. But, the point being, it's not a very engaging film. It takes a cool supernatural turn towards the end, but for the most part it's a dialogue-heavy film that gives you a lot of information to process, very little of which is interesting. Blah blah blah, Biblical prophecies, hallucinations of hellish figures, Joe gets startled by something, more dialogue, Joe uses the phone, repeat. 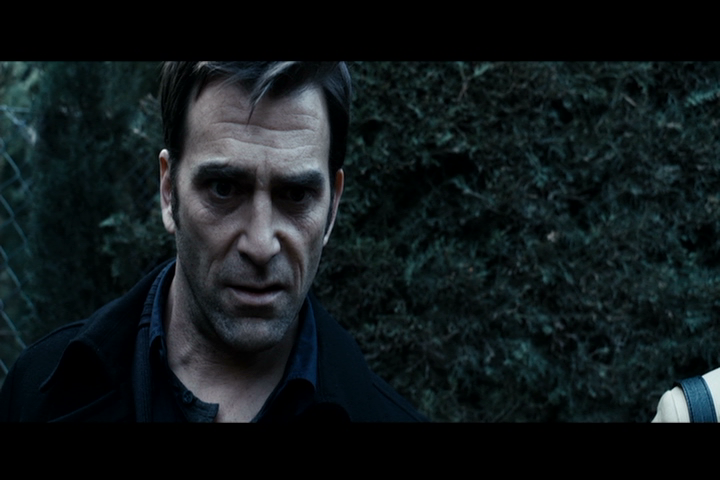 In the midst of the uninteresting dialogue, though, is a moment that made me laugh. Mind you, the film is set in Spain, so at one point Joe gets spooked when he's caught off guard by another character. This other character proceeds to speak Spanish, at which point Joe replies: "Do you scare people in English too?" Had I been sitting at a drum kit while watching this, I would've instinctively given that line a rimshot.

I don't know what, but this movie just missed something to me. I know it's not the case at all, but it feels like Darren Lynn Bousman and his cast just started out with an idea of what key points to hit and just improvised everything in between, like the actors just made up their own dialogue with no real sense of where the story was heading. For what it's worth, the one movie that constantly came to mind when watching this was Dario Argento's MOTHER OF TEARS. On top of everything I just mentioned, the lead character is aggressively dull. I will say, though, that the last 10 - 15 minutes are pretty awesome. It's when the shit hits the fan and all the prophecies and visions start to pay off. Just to give you an idea of the turn the film takes towards the end, it feels like Rob Zombie directed that section of the film, which is more of a comment on his undeniably unique visual style rather than his talent as a filmmaker. And, as far as the ending, I felt slightly swerved by it, but that's all I'll say about it. Overall, though, this still felt like a whirlwind of Biblical prophecies, hallucinations, and phone calls... kinda like one of my drunken Friday nights.