Most of the movies I'm reviewing for the Summer of Blood are first-time watches for me, but I'll revisit some titles here and there. NIGHT JUNKIES is an unconventional vampire movie that I watched for the first time a few years ago, probably not long after it came out. I went into it with zero expectations and remember being pleasantly surprised by it. Seeing as unconventional vampire movies have been popping up as of late on The Death Rattle, I thought I'd add another one to the list and see how this one holds up. 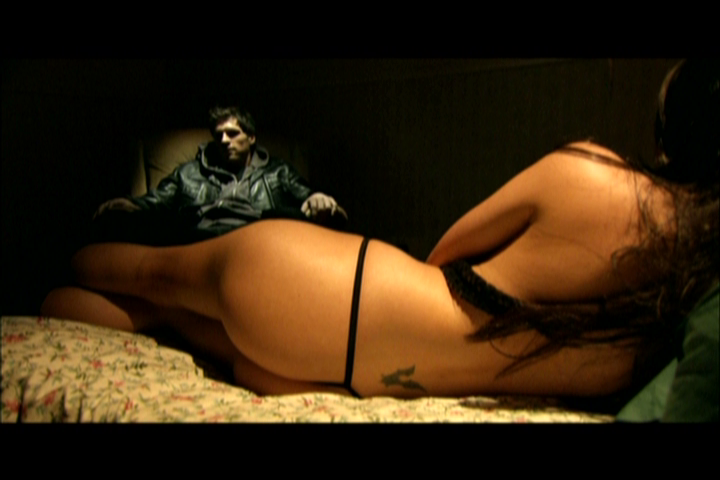 NIGHT JUNKIES is essentially about two characters who come into each others lives and travel down a dark path together. There's a stripper named Ruby, who dances in a club where the girls are pimped out by their sleazy boss. Mind you, this particular story coincides with a Jack the Ripper type of scenario where hookers are turning up dead, so yeah, it's obviously not the ideal time to be a hookin' around. Even though Ruby reluctantly has sex with customers out of fear of her boss's pimp hand, she still seemingly has a bullseye painted on her back. 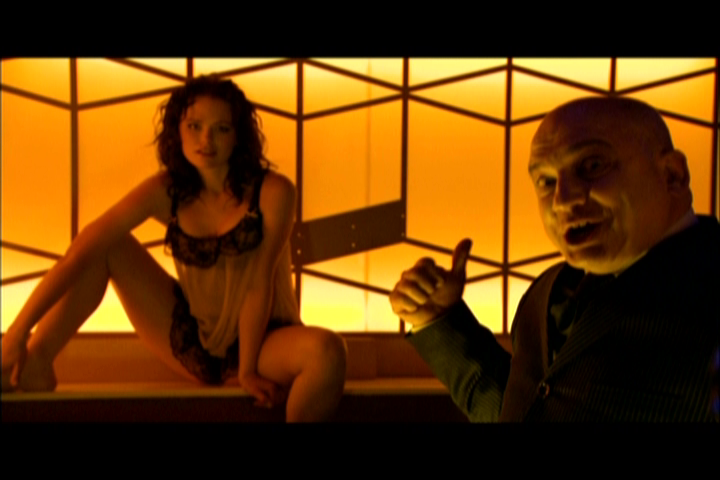 As fate would have it, Ruby crosses paths with the brooding Vincent, who may or may not be the slayer of whores. Vincent is a loner who claims to be a junkie, and he also serves as the film's narrator who has a fairly nihilistic outlook on everything. Another important trait of Vincent's is that he's obsessed with vampire movies and vampire mythology in general, eventually revealing that he's in fact a blood-sucker. Long story short, Ruby and Vincent hit it off, become an item, and dabble in vampirism for reasons that are elaborated on in the film. Meanwhile. Ruby's boss wants to protect his income, so he essentially puts a hit out on the maniac who's killing his girls. When you consider that Vincent might be the person responsible, it goes without saying that the plot thickens and thickens. 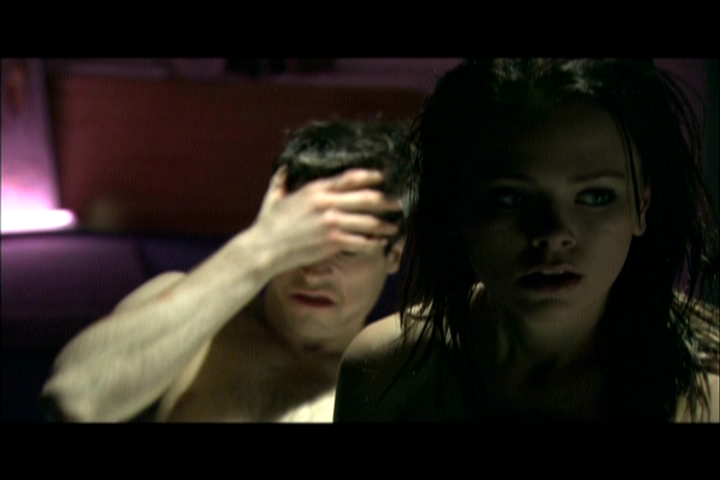 So you're probably wondering: "What's so unconventional about this movie?" I'm sure it sounds like your run-of-the-mill modern vampire tale at this point, which it is for the most part. Vampirism is something that's definitely addressed in the film, and Vincent even goes so far as to talk about all of the traditional threats to vampires (sunlight, garlic, etc.) and whether or not they affect him. However there's more of an emphasis on the addiction aspect of vampirism in this film than anything, hence the title NIGHT JUNKIES. And by "addiction" I mean the uncontrollable desire to consume blood. The addiction is something that Vincent already possesses and it's something that Ruby acquires for reasons that are probably obvious to most of you reading this right now. 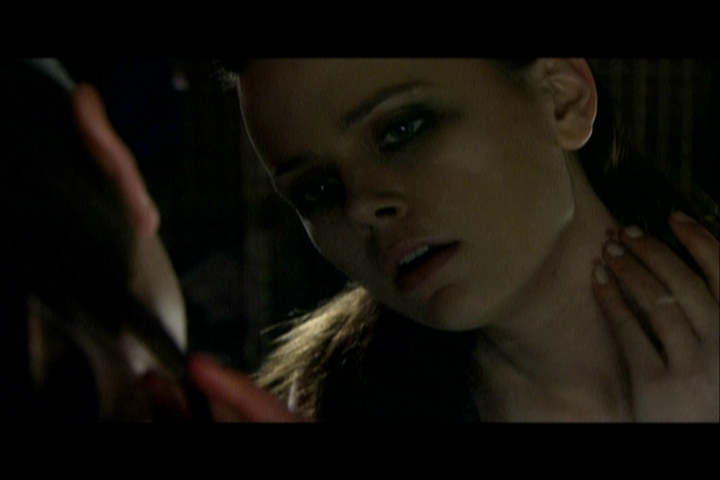 The relationship between the two leads plays out like a junkie love affair, with vampirism as a metaphor for heroin addiction. Vincent is the enabler and Ruby is the vulnerable, self-destructive young woman who's susceptible to drug addiction. Even though the lead characters are consuming human blood and living like vampires for the most part, the film puts on emphasis on the withdrawal aspect of their addiction when they don't feed, and the characters throw around addict terminology like "cold turkey" and whatnot. The characters also display other traits of addicts, like codependency. 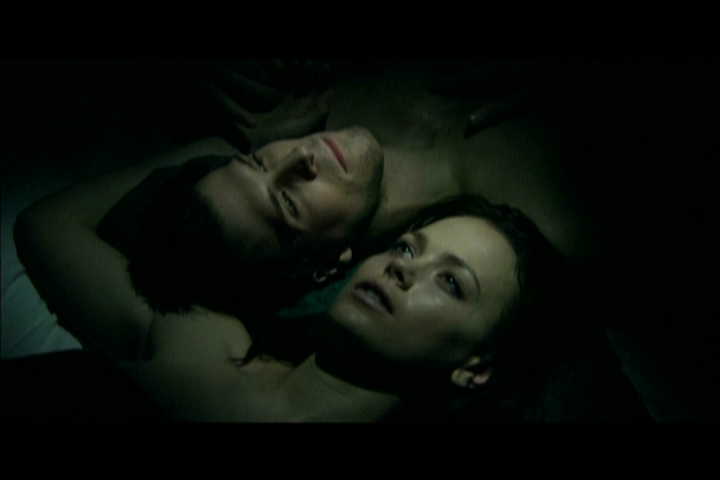 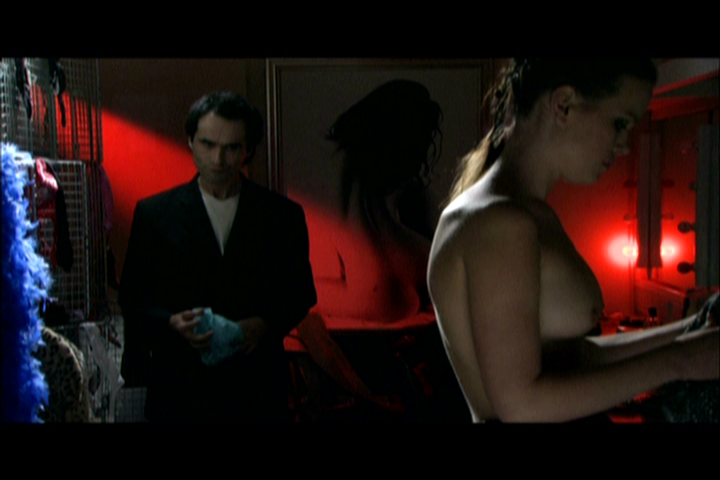 The narration and voiceovers I mentioned earlier give NIGHT JUNKIES an unexpected neo-noir feel, especially with the film's saxophone-driven score factored in. When you take what I just mentioned and throw in the highly sexual nature of the characters and a visual style that goes back and forth between the muted colors of Vincent's junkie world and the vibrant colors and gelled lighting of Ruby's sexual environment, NIGHT JUNKIES ends up being a surprisingly atmospheric film with a lot of style. That said, while this does put an interesting spin on the vampire mythos, it ends up being more about the style and mood than anything. It unfortunately didn't hold up as well as I'd hoped, but I can see why I would've liked it back in the day. The cheesy dialogue of Ruby's boss is pretty grating and the film starts to drag big-time at about the half-way point once the characters sort of become immersed in their vampire fling. There's also quite a bit of scenery-chewing in the film that borders on comedic. One thing of note, though, is a character named "Psycho" (pictured above), who's the right-hand man of Ruby's boss. He's a true heel - a sleazebag misogynist who lives up to his moniker when it's his time to shine. Anyway, I'm glad I revisited this one, but it's not one I'd recommend to anyone who isn't a huge fan of unusual vampire movies.