I first heard about this movie just a few weeks ago when looking up new releases or some shit. I saw the film's artwork and was instantly sold. First and foremost, I always have time for slasher movies that feature masked killers, especially if the masks actually look cool. And not only did this killer's mask look cool, but the killer's entire get-up piqued my interest. Oh, and the killer is a woman? Sign me the heck up! 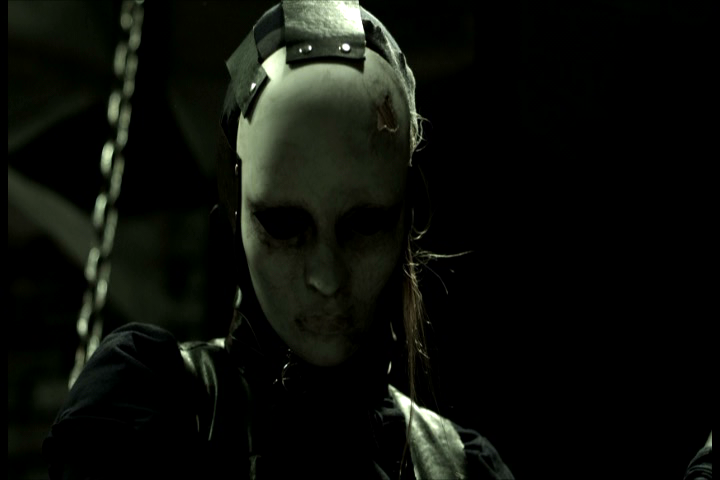 Something about the plain white mask always works for me from a visual standpoint. I can't explain why. Perhaps it's the "less is more" theory. Plus there's something that's just scary about an expressionless, white-ass face as opposed to, say, a clown mask or a gas mask or something. I could talk about masks until I'm white in the face (ha!), but you get the point. Cool-looking killer; Aaron sold. Unfortunately the visual of the eponymous "Blood Widow" is pretty much all this low-budget slasher has going for it.

Lead character Laurie is taken out to the country by her boyfriend to look at a house that they're moving into. She thinks it's just gonna be a quiet weekend where they spend some quality time together, but it turns out he invited a bunch of their mutual friends and plans on throwing a massive party. Needless to say, she spends a majority of the weekend upset. There's also an abandoned house nearby that some of their friends break into because they're bored and curious. At the start of the movie, when an unfortunate trespasser gets his throat slashed, it's established that there's a reclusive murderer who might be squatting in the basement of this abandoned house. That said, it's not a complicated set-up. It's a slasher movie with a lurking killer and a large group of potential victims. 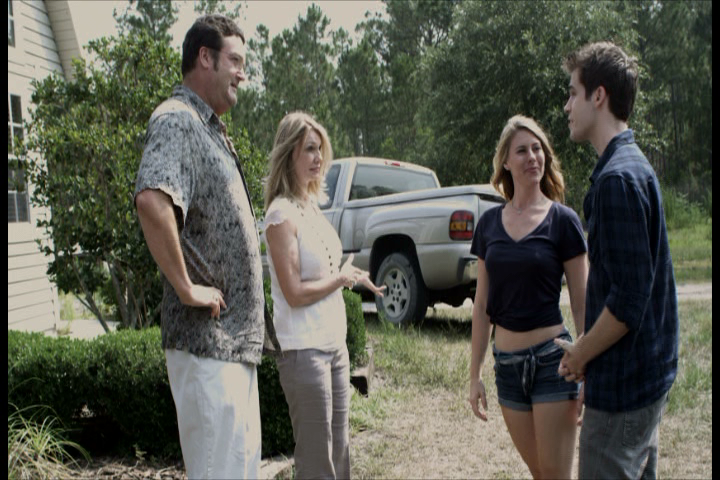 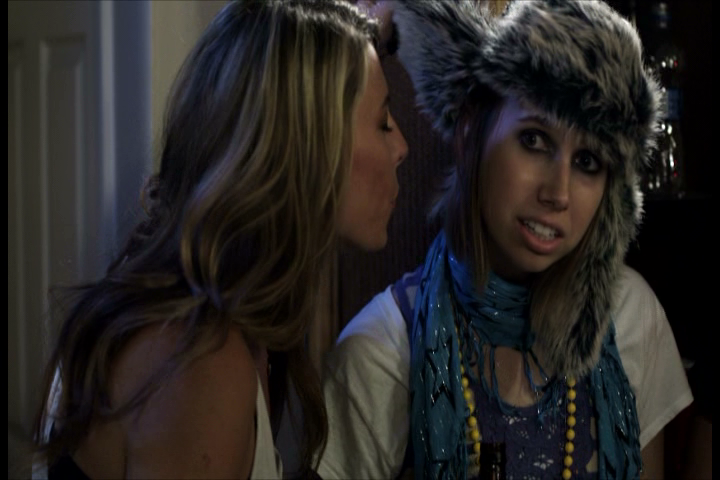 BLOOD WIDOW immediately tells you everything you need to know in regards to how everything's gonna play out. The film alludes to a back story for the mysterious killer, but we'll find out the details as the movie goes along. And, if not, who cares? Theoretically, all that matters is whether or not BLOOD WIDOW follows the slasher formula (blood, bodies, and boobs) and manages to be entertaining in the process. That said, things get off to a slow start in the body count department, but at least the killings make sense; the ones who die are also the ones who stray from the pack and go where they don't belong, suggesting that the killer's motives are somewhat territorial. And, it should be said, if this was the type of slasher movie where the killer consciously frowned upon drugs, booze, and premarital sex, he (or she) would have a field day picking off the morons in this movie. 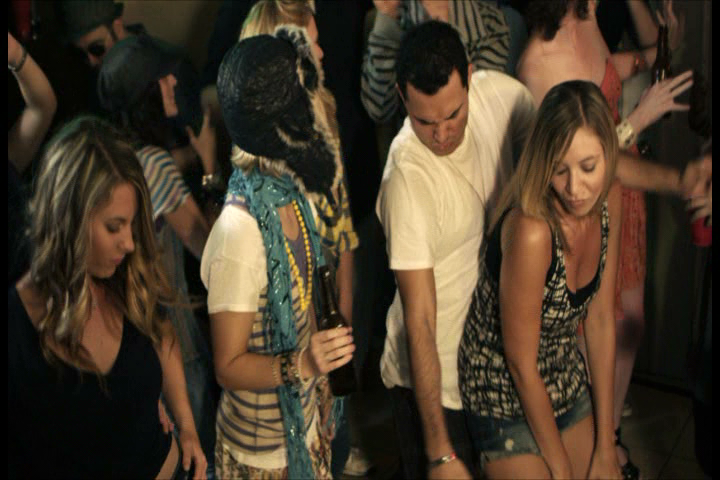 Without spending too much time on reviewing this movie to the point where I'm dissecting every aspect, I'll just explain why I ultimately didn't like this movie. BLOOD WIDOW indeed delivers the goods when it comes to the slasher elements, but I feel like the film as a whole is overshadowed by its killer. It's almost like the filmmakers tried their best at creating an interesting and memorable antagonist (which they did) but didn't put much effort into building a movie around it. For one, the acting is really uneven. Some of the actors play it straight while others ham it up like they're in a comedy, which suggests that the director just didn't give a shit about how their performances came across. It reeks of a bunch of people trying to simply make a movie rather than make a good movie. There's also a terrible-looking kill scene, which consists of a side view of someone getting stabbed from behind. It's your standard camera trick that uses perspective to make it look like the person is getting stabbed when the blade is really on the other side of the actor's neck. The problem is, this particular kill looks awful and very obvious. The fact that the director signed off on it makes me question his desire to put out a quality product. The effects in general leave it a lot to be desired, but I guess you can't be too picky when it comes to indie movies. 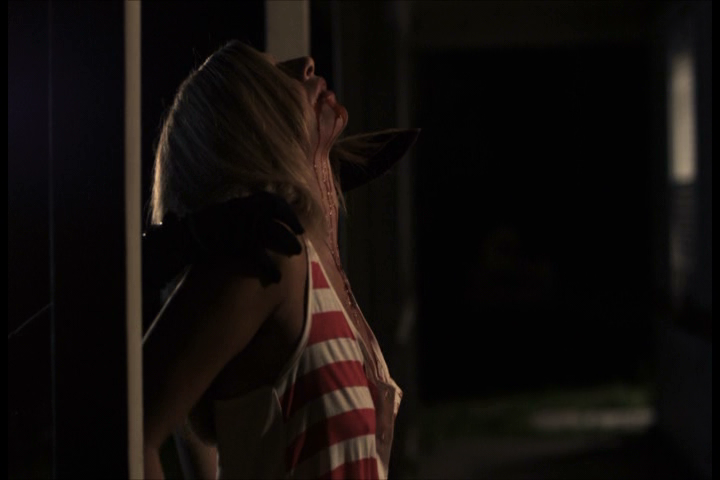 BLOOD WIDOW has a decent build-up and an anti-climactic pay-off. When the characters are inevitably killed, there's really no emotion or drama behind it. It feels like the sole purpose of building up the characters was to showcase a sub-par gore effect and nothing more. And once they're out of the picture, it's like "OK, on to the next one". Lead actress Danielle Lilley (FIVE ACROSS THE EYES !!!) is good at times, but the only noteworthy thing about this movie, as I mentioned earlier, is the killer, who looks bad-ass and has the potential to have an entire franchise built around her. I feel bad shitting on this movie because I'm sure some of the people involved in making it are reading this, but I'm just being honest. Plus I spent a dollar to watch it, so yeah.