Dude. Corbucci, Margheriti, and Steele? What a marquee. Granted Antonio Margheriti directed a large chunk of the film after Sergio Corbucci (THE GREAT SILENCE) bailed only a week into shooting, but still. For fans of Italian genre films, those are three huge names to be attached to a single movie. And what makes it even more interesting is that only one of those names is typically associated with the horror genre. Barbara Steele essentially reached icon status after her starring role in Mario Bava's BLACK SUNDAY, but Corbucci is primarily known for his Spaghetti Westerns or Sword-and-Sandal movies and Margheriti dabbled in a lot of different genres, from Crime films to War movies. So, for me, finally watching CASTLE OF BLOOD for the first time was a treat. And, fortunately, it actually lives up to the talent behind and in front of the camera. 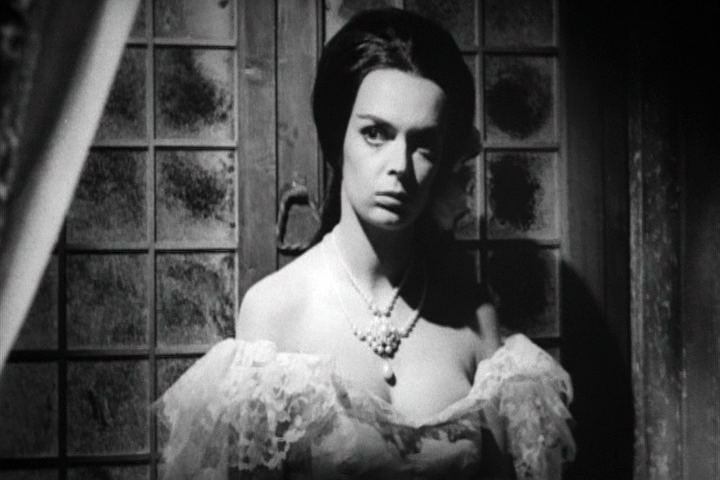 CASTLE OF BLOOD was advertised as being based on a particular story by Edgar Allan Poe, but no such story exists. However, Edgar Allan Poe is a character in the film, and if it's based on anything at all, one could easily look to William Castle's HOUSE ON HAUNTED HILL, which came out a few years before this. The set-up is sort of the same as Castle's film, except instead of a group of characters staying in a haunted residence, this film only features a single character left to fend for himself as part of a wager. In particular, a journalist named Alan Foster tracks down Edgar Allan Poe in an attempt to seemingly expose the author's exaggerated theories and ideas on death. Poe strongly believes in life after death, whereas the journalist is a total skeptic when it comes to anything paranormal. And thus the challenge is made: if Foster can survive a night in a castle belonging to one of Poe's acquaintances, he'll be handsomely rewarded.

It's suggested that, in the past, people have tried to stay in the titular castle but never lived to see morning. But, since the journalist doesn't believe in the paranormal, then surely he has nothing to worry about, so it should be a piece of cake. So, after the film opens with a whole bunch of talking, the lead character is dropped off at the castle, where a whole bunch of nothing happens. Literally, over ten minutes goes by with no dialogue - just Foster creeping through the castle and looking around. Thing take a turn, however, when Foster meets the gorgeous Elizabeth (Barbara Steele), who's the sister of Poe's acquaintance from earlier, when she appears out of nowhere. 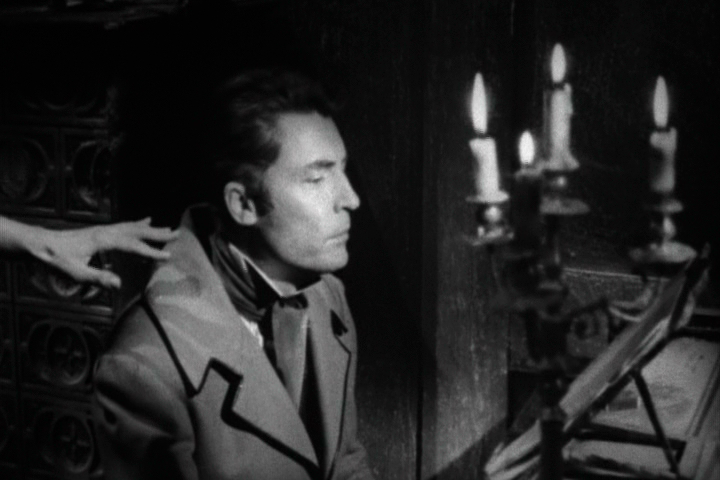 Elizabeth says she's been expecting Foster and does everything possible to suggest she's a ghost without actually coming out and saying it. From there, another female character named Julia comes into the picture and immediately establishes her dominance, forcing Elizabeth out of the picture temporarily. Julia also drops hints that she too is a ghost, but for some reason Foster isn't picking up on it. Whether he's too dumb or simply blinded by his convictions is another discussion entirely. But then again, maybe we as the audience are being swayed by expectations. For example, Julie says something along the lines of "I'll be gone tomorrow" when talking to Foster, so the first thought that naturally comes to mind is that she's a spirit. It might not even be the case, though; maybe she's just literally leaving the castle and traveling somewhere? But the film does an amazing job of reminding you on a constant basis that the castle is haunted, so we as viewers will automatically expect ghosts. The same can be said for real-life situations involving areas that are supposedly haunted. If you walk around at night expecting a ghost, guess what? Your mind will trick you into thinking that every bump and creaking noise is being caused by someone who's reaching out from beyond the grave. It's no secret that this is indeed a ghost story, but it's one that has the ability to make you question what you're seeing on occasion. 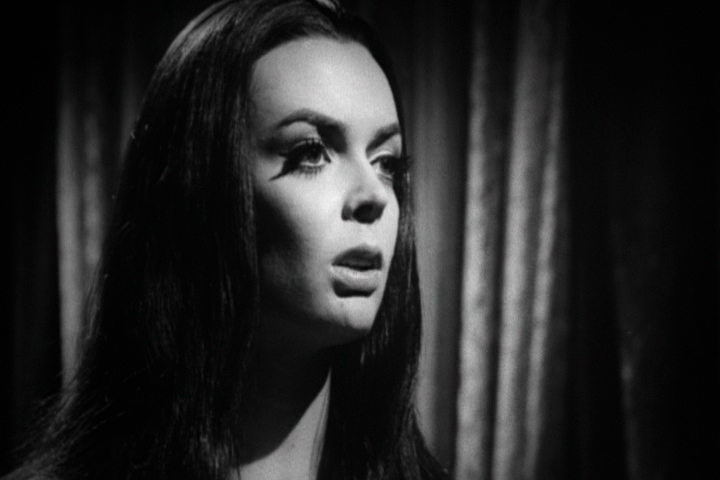 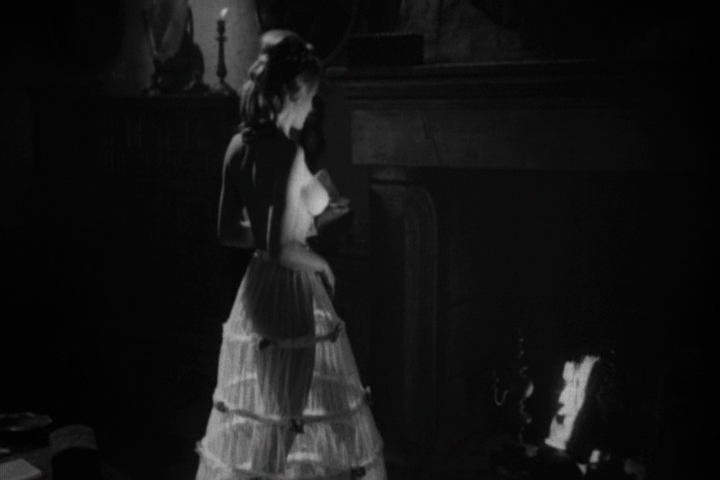 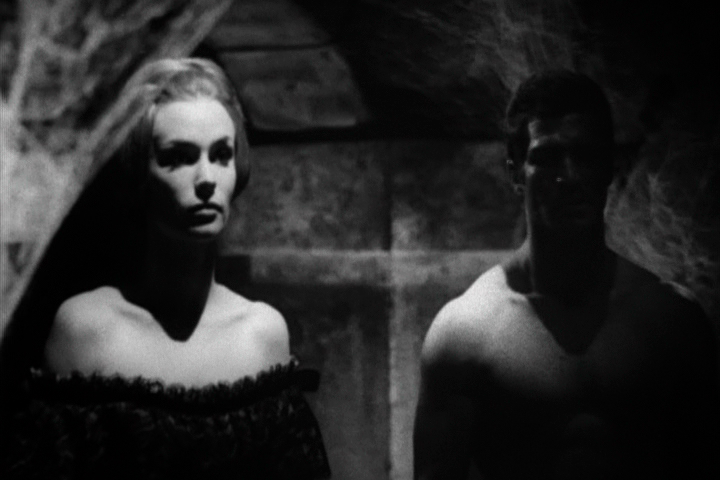 Something eventually happens that shakes the skeptical Foster, and, from there, a number of other characters emerge from the shadows and make contact with him. One of them sort of acts as Foster's guide through this house of horrors. There's also a lot more conversational dialogue examining life and death. Oh, and more walking around slowly through the castle in complete silence. But that's OK because this is a gorgeous film. From the music and the cinematography to the thought-provoking dialogue and the idea that Elizabeth is this tragic figure who wants to be loved, CASTLE OF BLOOD is truly a haunting, poetic, intellectual, and beautiful horror movie of the Gothic variety. In general, it's an interesting type of ghost story that humanizes the spirits that dwell in a particular place, if that makes any sense. In a way, CASTLE OF BLOOD also reminded me of HELLRAISER (minus the gore), especially the ending, with Foster as "Frank" and the (permanent?) residents of the castle as the Cenobites who want to claim him as one of theirs. To sum it up, I loved this movie. On a side note, Margheriti actually remade this movie in 1971 as WEB OF THE SPIDER, starring Klaus Kinski, which is far inferior in my opinion.