The title "COLOR ME BLOOD RED" isn't just an evocative one, it's also an accurate one considering what the movie is about. The third part of Herschell Gordon Lewis's unofficial "Blood Trilogy" revolves around a mentally-disturbed artist named Adam, who resorts to drastic measures as a means of becoming successful and getting noticed. Well... sort of. 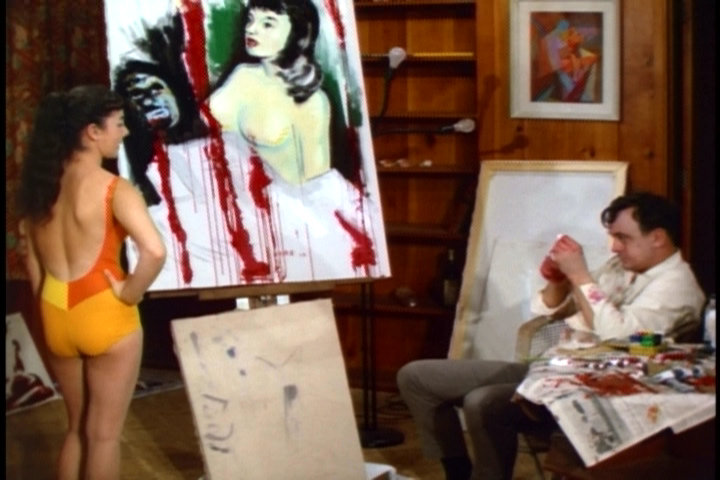 The film opens in a rather ominous manner, with the same type of effective, foreboding tribal drum beat used to good effect in BLOOD FEAST (hell, it could be the same exact music for all I know) and a ceremonial burning of a painting that appears to bleed as it goes up in flames. We're then introduced to Adam and it isn't long before it's established that he's a hostile person whose style of art isn't embraced by his community of collectors, dealers, and fellow artists. Specifically, he's criticized because of how he uses color. He also lives with a cute rockabilly-looking chick who he treats like dirt. She's essentially his babysitter and a very patient one at that. 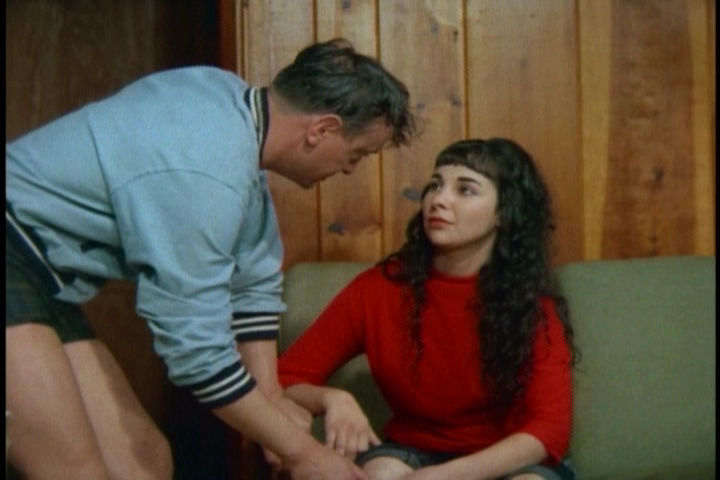 Through an accident, Adam discovers that human blood creates the perfect color for his paintings, so he proceeds to mutilate himself as a way of acquiring what he needs to decorate his canvases. This process causes the already unstable artist to snap. He's already inclined to be obsessed to the point of madness when it comes to his art, so with the sudden need for human blood factored into the equation, it goes without saying how the rest of the movie plays out. What I will say is that the initial acts of self-mutilation are hard to watch. I can watch people being disemboweled and decapitated, but something about Adam cutting himself and smearing his blood all over his paintings makes me uneasy.

One thing I like a lot about COLOR ME BLOOD RED is its initial focal point: the struggle of the artist and his relationship with his girlfriend. Once it started to go in another direction is when it kinda lost me. Ironically, it's with this new direction that we get the excessive gore that H.G. Lewis - the "Godfather of Gore" - is synonymous with. And, naturally, Adam's new blood-spattered pieces are in high demand despite the fact that they look like shit, which, I guess, is a commentary on how fickle and pretentious the art-collecting community can be. 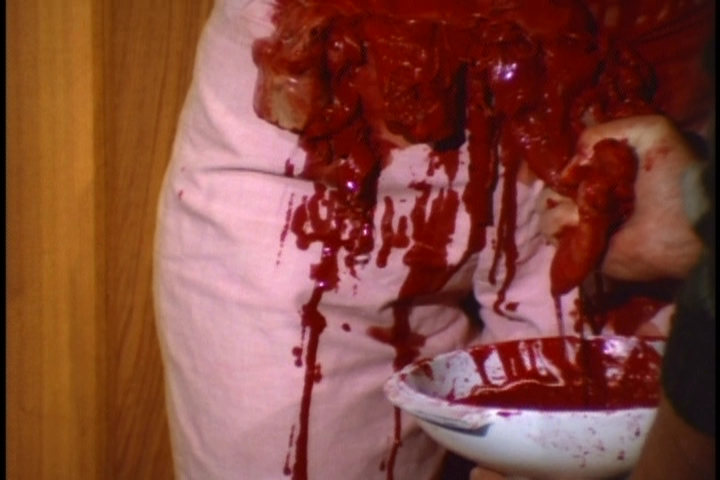 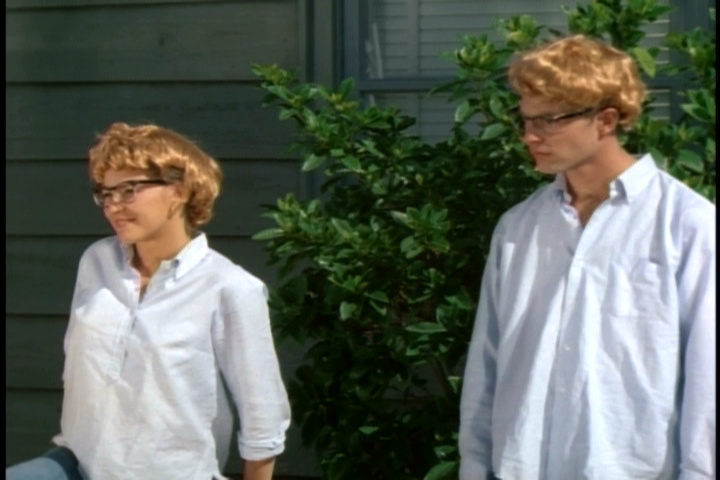 As the film goes on, more nameless characters (like the goofs pictured above) are introduced as potential victims for Adam, and it's kinda boring to be honest. OK, maybe "boring" is a bit harsh, but definitely repetitive until the very end. I didn't have time to do much research on the film or listen to the DVD's entire commentary track with Herschell Gordon Lewis, but it seems as if he padded the film out with a few scenes that probably could've been cut. One shining light amongst the repetitious cycle of kill-paint-repeat is a female character who becomes a temporary muse for the artist. Now that I think about it, the film seems to work best when it's just Adam and another character, probably because it allows lead actor Gordon Oas-Heim's skills to be showcased. He turns in a surprisingly good, intense performance and bears somewhat of a physical resemblance to Robert Mitchum. 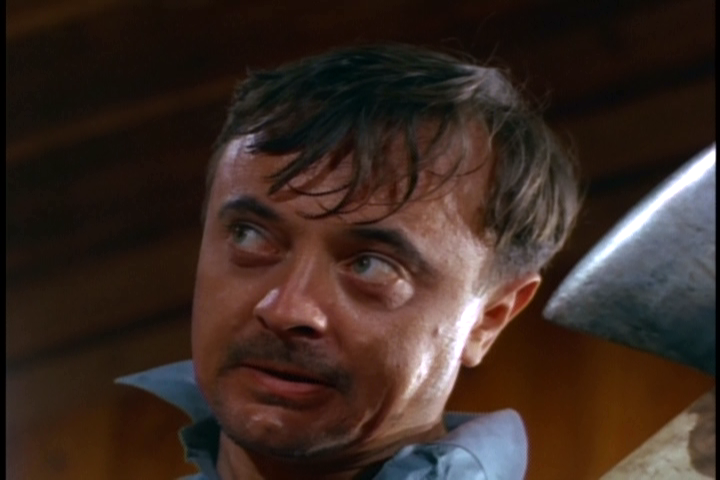 Overall, this is decent but arguably the weakest of H.G.L.'s Blood Trilogy and it really drags for being as short as it is. It's also a tad uneven, in that it starts out as an interesting character-study but ends up turning into a slasher movie that has a tendency to meander and give attention to annoying supporting characters. Not as gory as BLOOD FEAST but certainly a step up from TWO THOUSAND MANIACS! in that respect. On a side note, "Color Me Blood Red" is also the name of the very first Converge song I listened to back in the Audio Galaxy days!