Yeah, so this is a movie about supernatural hair. It's a strange theme and concept, but if anyone can take something as silly as a horror movie about hair and make it interesting, it's director Shion Sono (SUICIDE CLUB, COLD FISH). And we see evidence of this right from the start when lead character Yuko - an aspiring hair stylist - is introduced as she's riding her bike to the salon where she works as an apprentice. She breaks the fourth wall and introduces herself to the audience, and she does the same thing when in the presence of her co-workers, but yet they respond and acknowledge the fact that she's talking as if she was guiding an invisible person through a day in her life. This introduction of Yuko is very Sono-esque, which is hard to explain, but you'll know what I'm talking about if you've seen enough of his films. For someone like Sono who's capable of bringing some truly horrifying and disturbing things to life in his films, he can also create moments that are actually sweet and heartwarming. 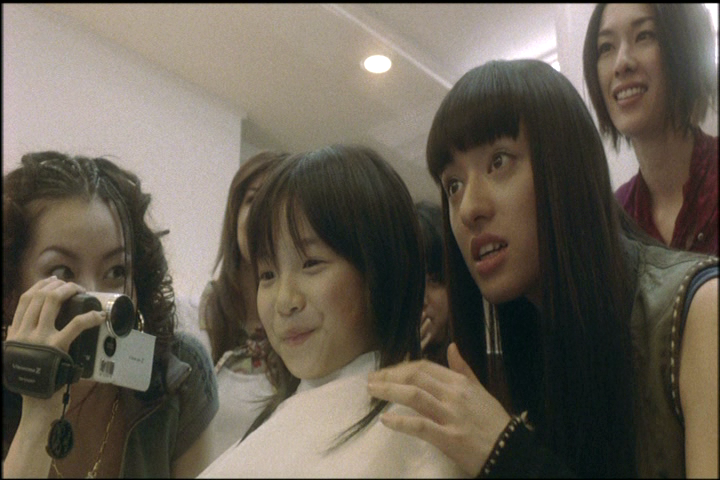 Another character who's introduced is a rather eccentric fellow named Gunji, who essentially figured out a way to harvest human hair from a magical female corpse. The film mostly goes back and forth between Yuko and this character, who gets even more and more bizarre in his behavior as the film goes on. He eventually crosses paths with Yuko and becomes fascinated with her hair. This dude loves him some hair. At one point there's even a brief musical sequence where he dances and sings about hair. It's comparable to Buffalo Bill's girly dance in SILENCE OF THE LAMBS in terms of how disturbing it is. (Not really, but it's certainly odd.) 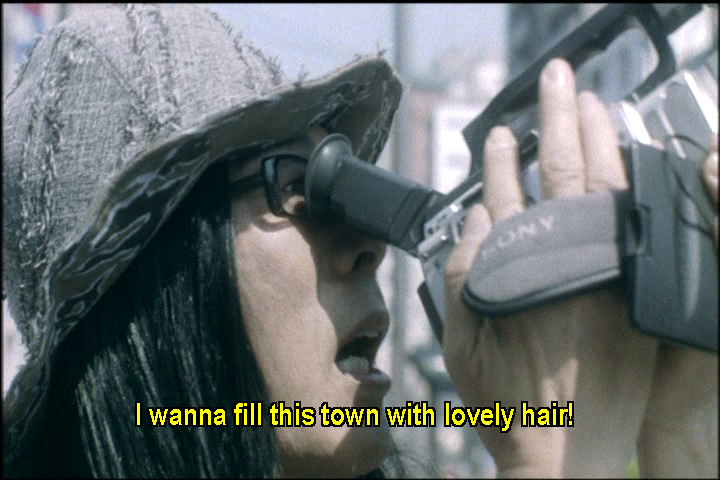 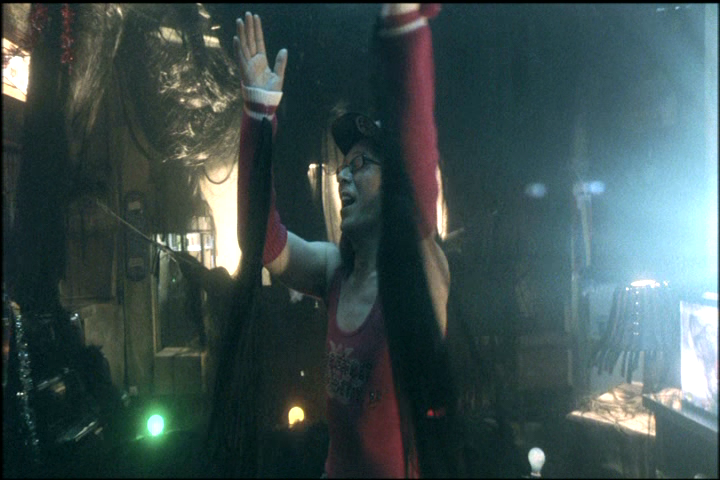 Yuko is also looking after her young niece - the daughter of her trainwreck of a sister, Kiyomi, who's brilliantly played by actress Tsugumi (she also starred in Sono's NORIKO'S DINNER TABLE). The troubled relationship between those three characters plays a big part in the movie, which adds an extra dimension to the film that most horror filmmakers probably wouldn't have even bothered with. 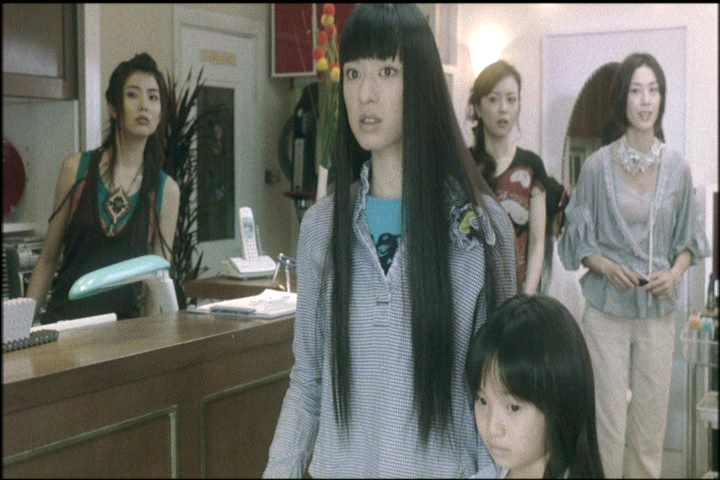 Getting back to Gunji, there's really no twist or big reveal as far as why he's gone to such lengths (hair pun) to harvest obscene amounts of human hair. He just loves hair! It's eventually suggested that his source, despite appearing to be a corpse, isn't actually dead and she's simply in a coma. I think? Whatever the case, her emotions are very much in tact and she apparently sprouts more hair when she's angry or becomes flooded with bad memories. Mind you, Gunji distributes her hair to salons (including Yuko's) for them to use as hair extensions. Based on the whatever state the corpse is in, the extensions are able to react (as an extension of her) and essentially do horrible/funny things to the people wearing them. 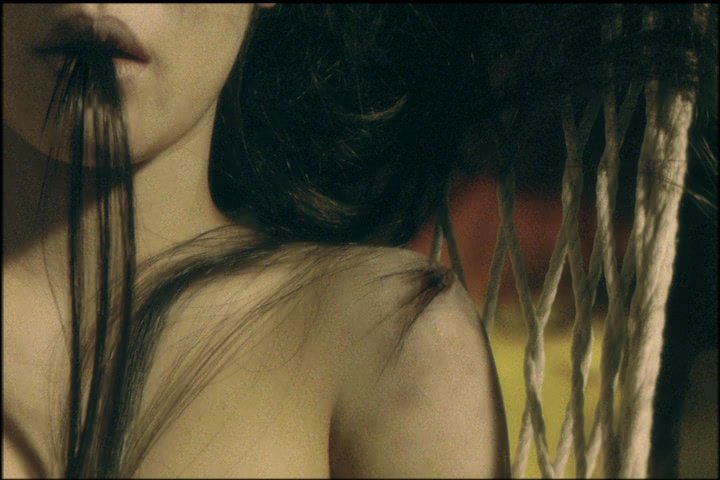 While it does result in some cool visuals, rapidly-growing hair that strangles and mutilates people isn't the least bit terrifying or "scary" for lack of a better word. That said, I'd be lying if I called this an effective horror movie. Aside from that, there's a lot of focus on Yuko and her niece throughout the movie without many actual horror pay-offs in the meantime. The idea is that Yuko and those close to her will be in danger at some point because of their ties to Ganji and his out-of-control hair extensions, which is inevitably how it plays out. I won't elaborate on how that turns out, but, for the most part, it's not as effective as it should be. However, considering this is a Shion Sono movie, I don't think it would be fair to compare this to other horror movies. For fuck's sake, this is the same guy who directed a four-hour epic about someone who becomes a ninja so he can take awesome upskirt photos. I think the point on Sono's part was to create something bizarre and unusual, and "bizarre and unusual" is exactly what we get when EXTE: HAIR EXTENSIONS goes off the fucking rails in the last ten minutes.

Overall, this is easily my least favorite of the Sono films I've seen. But, at the same time, he brings a lot to the table and elevates what would've been a lesser film in the hands of most other filmmakers. The character of Gunji in particular is a highlight for me. He's such a fucking weirdo, definitely making him right at home in the Sono-verse. Another highlight is Tsugumi as the drunken, abusive mother of Yuko's niece. And, speaking of Yuko, it's important to note that she's played by Chiaki Kuriyama, who also starred in BATTLE ROYALE and gained international recognition because of her appearances in the KILL BILL movies as "Gogo".