As a fan of metal and punk and - to a lesser extent - hardcore, Toxicbreed's Funhouse is one of my favorite blogs relating to those genres of music. No annoying pop-up ads or subjective "news" articles - just MUSIC. And a plethora of underground bands to cherry pick from. I don't live in a place with a flourishing music scene, so thanks to Wayne's work, I've been able to discover some amazing bands that I wouldn't have found otherwise. Having recently just launched a legit website to accompany the blog, I thought I'd reach out to the man behind the scenes and ask him 13 Questions. If you're a fan of heavy music, do yourself a favor and check out the links below, and don't forgot to support the bands you like.

1. Who are you and where are you from?
My name is Wayne Ballard and I currently reside in Lake Elsinore, California. Which is about an hour from the major cities of Los Angeles and San Diego. 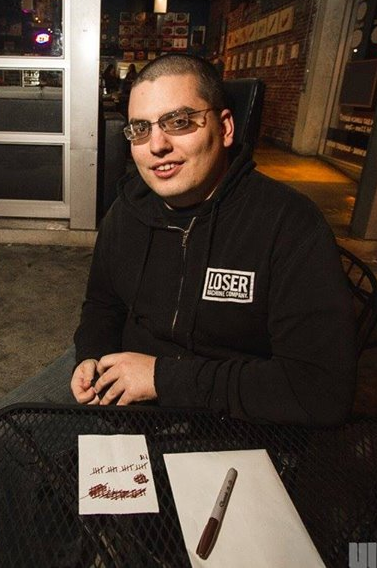 2. Where might people know you from?
The main reason people know of me is from the curation of the media outlet/blog known as Toxicbreed’s Funhouse, which I’ve been doing since December of 2008. I’m also involved with a Non-profit DIY collective in Southern California known as The Dial Collective, which I’ve been helping out with since 2012 with a group of my best friends.

3. When it comes to what you do, who are your major influences?
There’s a handful of music blogs who have been around for the same duration as mine, but I haven’t really gotten to know any of them on a personal level aside for a few. I draw my main influence from people who share a general love for music, having your taste stuck in “tunnel vision” mode gets extremely boring after a while. So having people around you exposing you to new music constantly is a blessing in a sense.

Main five who have always been there for me, who have also consistently pushed my boundaries for discovery are Andy Gomez (Glory Kid), Melanie Voltz (Melotov Records), Bob Farley (Mayfly Records), Dom Romeo (A389 Recordings), and Zach Navis (Not Punk Records//The Dial)

4. What four peoples' faces would you put on your own personal Mt. Rushmore?
I’m a wrestling dork, so the four faces would likely be Macho Man Randy Savage, Kenta Kobashi, Stone Cold Steve Austin, and Ric Flair.

5. What's the last album you bought?
Last albums I purchased were from Pissed Jeans, Outrage, and Threadbare. They were all picked up at the same exact time from Amoeba Records in Hollywood, CA. 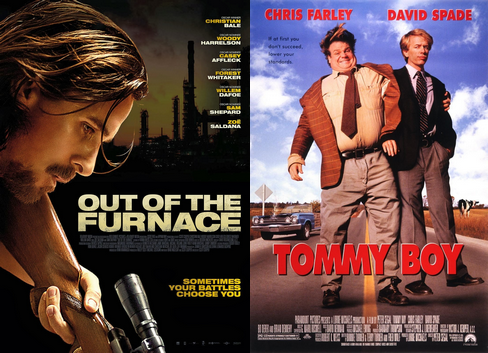 7. What's the last podcast you listened to?
I only really pay attention to wrestling podcast’s at this point, so the last one I listened to was an edition of Stone Cold Steve Austin’s “Unleashed” podcast where he interviewed Paul Heyman.

8. What's the last video game you played?
Last video game I played was Grand Theft Auto 5 for the Xbox 360. I’m not as active with video games as I used to be in high school.

9. What's the last book you read?
Last book I read was “Band Of Brothers”. Really enjoyed the HBO series, so I figured I’d read the book to see how accurate the video representation was compared to the stories in the book.

11. What cartoon or comic book character can you relate to the most?
Funny thing is that this question took me the longest to come up with an answer to. If I had to choose anyone I’d probably say Skeeter Valentine from Doug (as silly as that sounds). Dude has a love for music and always does his best to have his friends backs.

12. Create a playlist of ten songs that give people an idea of your musical taste.
1. The Coltranes- DBDA
2. Weekend Nachos- Torture
3. Creative Adult- Tabloid
4. Negative Approach- Can’t Tell No One
5. Culture Abuse- My Only Sunshine
6. Thou- Out Of The Mouth Of A Fool
7. Haymaker- Cameras In The Streets
8. Napalm Death- Suffer The Children
9. Agnostic Front- Your Mistake
10. Lack Of Interest- Never Back Down 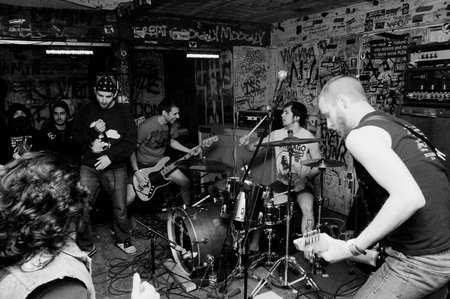 13. If you could spend the day at an amusement park with one person from the entertainment industry, who would it be and why?
Wouldn’t mind hanging out with Brian Posehn, so we can talk about Metal bands and random old wrestling. 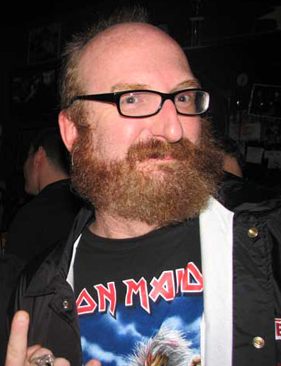