Aside from references to Trioxin (the chemical agent that raised the dead in the previous RETURN OF THE LIVING DEAD movies), the third entry in the series is its own entity and shows the other side of the Trioxin chemical. Whereas the previous movies showed the people who were on the receiving end of its effects, RETURN OF THE LIVING DEAD III sort of pulls the curtain back on the government officials who experiment with it. However, it's not to say that this is a film without dire consequences. 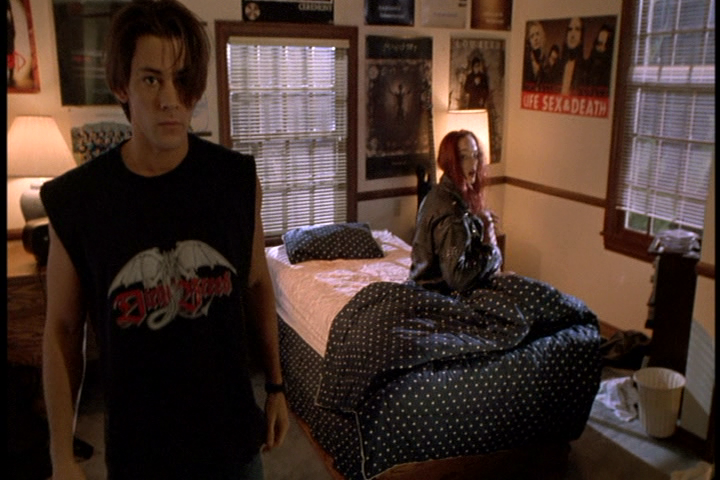 Lead character Curtis (J. Trevor Edmond) is the son of one of the military officers in charge of the Trioxin experiments. One night, he and his pain-obsessed, thrill-seeking girlfriend Julie decide to sneak into the military base where his father works and get a glimpse of the bizarre experiments being conducted on human corpses. They end up getting more than they bargained for when the experiment goes awry and a reanimated corpse goes berserk and kills a bunch of people before being put down. Curtis later gets news from his father that he's being reassigned to a different base a mere six months after they arrived at their current location, most likely due to what happened with the failed Trioxin experiment. Curtis subsequently throws a fit about relocating because he wants to stay with Julie. Ironically, she's killed later that night in an accident.

Naturally, Curtis sneaks back into the base with Julie's corpse and attempts to bring her back to life with the Trioxin chemical. Considering the sensitive nature of the experiments, the security on base really sucks. 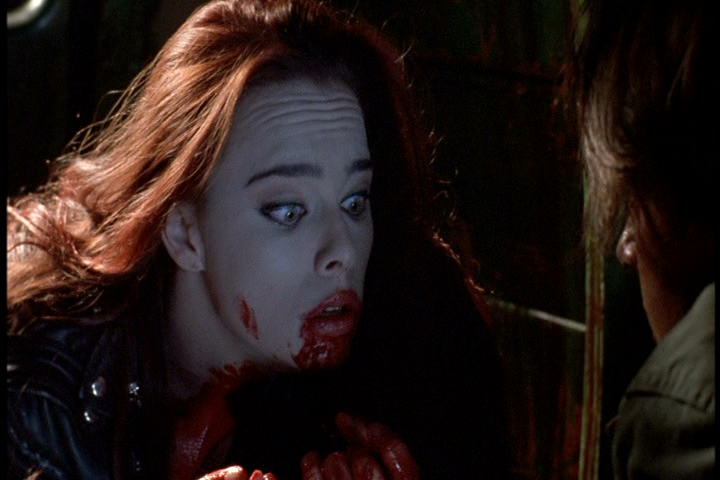 Curtis's plan is a success and his dear Julie is once again at his side, but of course there's always repercussions when you play God. That said, I like that this film puts some focus on the confusion that would come with being brought back from the dead. Resurrecting dead people isn't exactly something that occurs in the world of science and medicine, but, if it were to happen, I doubt the reanimated would be jumping up and down with joy and celebrating. There would be suffering. And such is the case with Julie, who starts her second chance at life with her emotions and feelings in tact, albeit without a pulse, a constant discomfort, and an uncontrollable hunger that she later finds he can only control by consuming human flesh.

Speaking of consuming human flesh, this has some great gore and makeup effects. Like the previous RETURN OF THE LIVING DEAD movies, this one also has a variation of reanimated corpses with unique looks and traits. 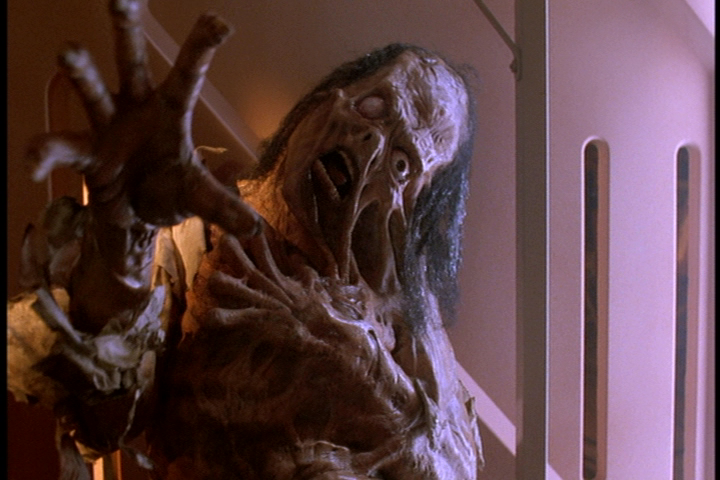 The relationship and the bond between Julie and Curtis adds an interesting dimension to this zombie story. Her transformation (or her transition rather) is a slow and painful one. It's suggested that their love for each other will transcend her hunger for brains once she completely turns and every trait she possessed as a human completely disappears. It's about as doomed as an on-screen relationship between two young people can get, right? It's like the tragic tale of ROMEO AND JULIET plus zombies. Everyone who's ever been involved in a bad break-up has probably felt regret and the desire to go back and change things. In some case, people do get a second chance, but the damage has already been done and, more often than not, the "resurrection" of a relationship ends up being a disappointment for at least one of the people involved, if not both. Well, that sort of comes into play here, except it's taken to the extreme when Curtis brings Julie back to life and tries to defy fate. 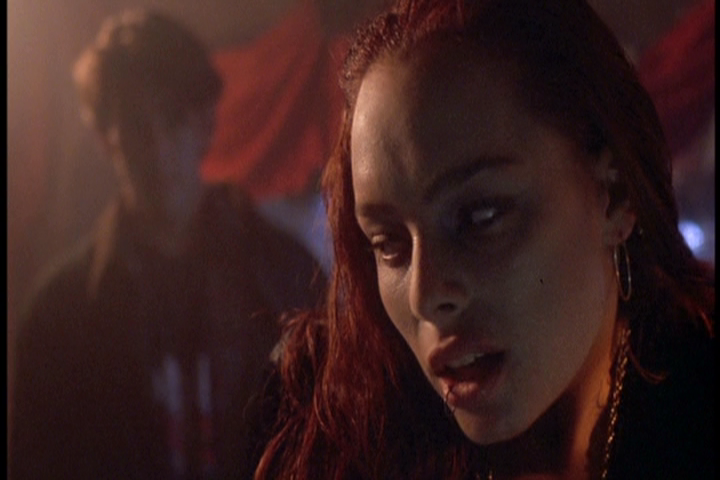 Another interesting twist to the zombie scenario presented in the film has to do with self-mutilation and how self-inflicted pain on Julie's part is one of the things that keeps her debilitating hunger at bay. From there, she transitions into extreme body-modification to the point where she ends up looking like a Goth version of one of the Cenobites from HELLRAISER. 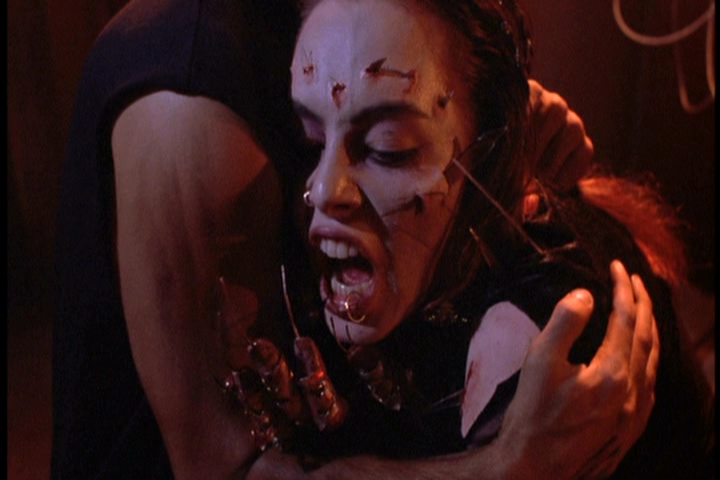 Most of the movie is essentially Curtis trying to control and help Julie as she undergoes her transformation. He tries to cheat Death on Julie's behalf, but Death catches up with them in a big way. The film pretty much plays out like you'd expect, although it does take an interesting turn at the end. Essentially there are two big climactic moments in the film. First there's the resolution with Julie, and then it takes a turn that goes back to the experiments, which is the root of the story in the first place. From there, shit gets pretty bonkers and RETURN OF THE LIVING DEAD III turns into a full-blown zombie freakshow.

Ones enjoyment of this depends on a lot of things. It's not as comedic or campy as the first two, but the horror elements are just as tense and horrifying as its predecessors (specifically the first ROTLD). So if you're looking for gore, mayhem, and even more gore, this sequel delivers the goods. If you can get on board with the doomed love-story element, I think you'll enjoy this one even more - that is, if you're one of the few people who hasn't already seen it. As for me, I quite liked it. I'm a fan of director Brian Yuzna and RETURN OF THE LIVING DEAD III definitely feels like a crazy-ass Yuzna joint.