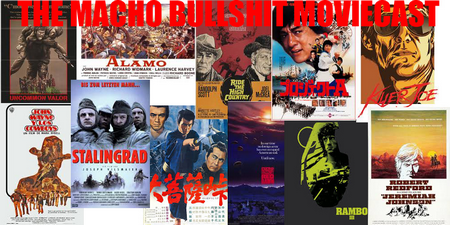 Note: This is not an exhaustive film by film analysis, but rather sort of a Cliff’s Notes of how these two directors have engaged masculinity though their careers.
When one mentions horror directors who established themselves in the 1970s, two names stand above all—John Carpenter and George A. Romero.  In my opinion, both built their careers upon an engagement of masculinity and macho tropes, and I would argue they often operated in parallel.  This began very early in their careers.  Although both directors had done films previously, Night of the Living Dead (1968) and Assault On Precinct 13 (1976) are their respective watershed films.  Ostensibly both are riffs on the siege genre, one of the most macho types of film.  Though Assault is generally regarded an action movie, the roots of both these (and all siege films really) lie in survival horror.  The horror stems from being trapped, outnumbered and under attack from a seemingly endless, and anonymous stream of foes.  In both films, these foes do not have conscience or rationality (zombies are incapable by definition, the gang members in Assault gun down a little girl buying ice cream and attack a police station).  That is true horror—an enemy you cannot reason with, and simply keeps coming no matter the cost (sounds like The Shape from Carpenter’s Halloween doesn’t it?).  Both these films feature strong male characters (and unintentional complexity because of featuring black heroes), and there are definite aspects of dick swinging (primarily Night) and camaraderie (primarily Assault).  Furthermore, what is the solution to the threat in these films?  Meet the threat head on with violence of action—a stereotypical masculine (macho) method. 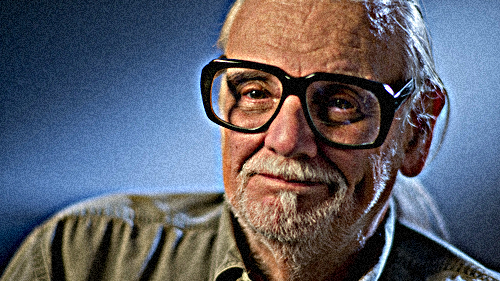 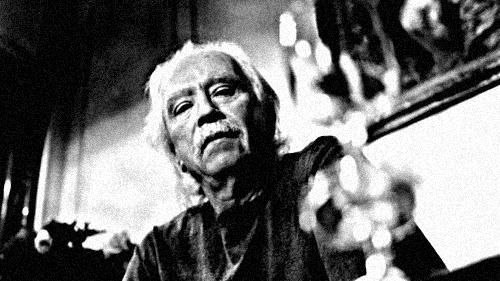 To extend the ideas a bit further, it must be pointed out that The Thing (1982) and the various Dead movies actually have quite a lot in common.  In The Thing, our events are actually at a military installation, same as with Day (and though not military installations, all the Dead movies feature limited locations like The Thing); in The Thing we have soldiers, in Dawn of the Dead (1978) SWAT team personnel and soldiers in Day; and finally there is the core fear they play off of.  I addressed fear of losing control in my previous essay; this is the core fear of these films.  And what is the solution in these films?  Again, a totally masculine reaction—meet the threat with violence and neutralize the threat.  Confrontation is forced in all these movies—even in Dawn our little group that holes up in the mall and begins to rebuild a family is ultimately forced to confront the post-apocalyptic bikers.  These films loosely parallel the human hunting films I talked about in part 1 of this series.  Now, I will move on.

It’s interesting that both directors have made films about male transformation as well.  As I went into in part 1 of this series, men constantly fight losing control, and are required to fit into a society which forces us to eschew our more animalistic urges, both physically and psychologically.  Sometimes, we break down in favor of the more animalistic half.  In the case of Carpenter, we have Christine (1983) and in the case of Romero, we have Monkey Shines (1988), The Dark Half (1993) and Bruiser (2000).  Christine is particularly interesting to me.  The bond between man and machine transforms our main character from nerd to stud (to sociopath).  As men we define ourselves in large part by what we do, and any device we use in that process becomes an extension of our body and even our inner self—Christine shows the backwash of this process, how the power of a machine influences the man who uses it, a fascinating read of the symbiotic relationship between animate and inanimate.  His humanity—defined in part by an ability to use tools and embrace technology—leads him down a path towards animalistic behavior.  (Of the films in this paragraph, Christine is easily the best in my opinion.) An even more obvious look at (male) human/animal duality is Romero’s Monkey Shines which features a quadriplegic man with a helper monkey.  Ultimately this monkey feeds off our lead Allan’s anger and frustration at his disability and begins to lash out—an anger born of loss of control of his own body.  Romero’s The Dark Half is essentially a tale of split personality (sort of a Fight Club light) where there is a proper, intellectual, domesticated half and a dark, animalistic, feral half.  There is definitely an element of irony in that the domesticated half is ultimately forced into violence against the feral half.  Romero’s Bruiser is sort of Fight Club light by way of revenge movie.  Honestly, it isn’t a particularly good film, but it does show a man emasculated and forced into anonymity by the corporate world ultimately regaining his identity and self-respect through the use of violence. 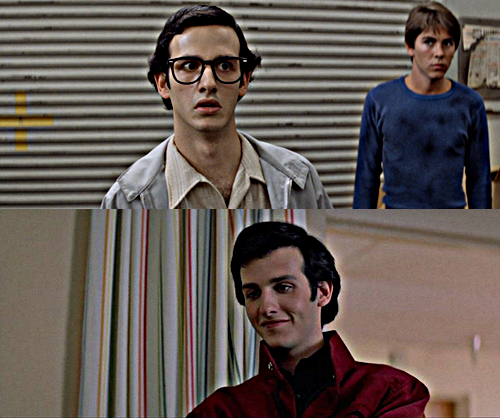 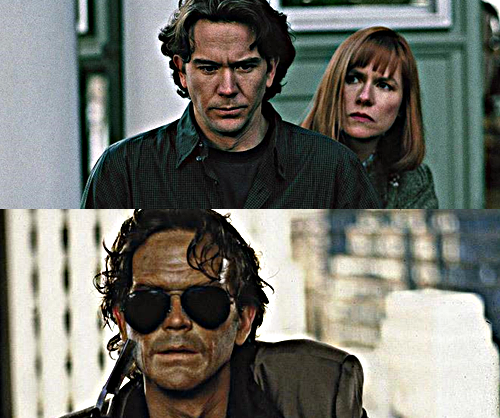 Both filmmakers added an interesting subtext to a couple of their films in terms of male/female dichotomy.  Particularly I speak of Day of the Dead (1985) and Ghosts of Mars (2001).  Again, both return to siege tropes, but the twist is the presence of strong women.  Day features a female in a male profession (scientist) fighting a blindly macho culture that leads to a dead end.  In Ghosts, it is pointed out that society has been realigned as a matriarchy and features militarized women.  Interestingly enough, when it comes down to it, a male convict becomes the real leader of the besieged group.  I think Romero and Carpenter play it quite differently.  Romero uses the nurturing stereotype of women to criticize militarism (though he works against gender stereotype by portraying the woman as rational and the men as irrational—I would even argue the territorial imperative is at work to an extent, and part of what Romero is criticizing).  In Carpenter’s case, the women are militarized to bring about an equality with men.  I don’t think Carpenter does enough with this aspect of the film, at least not enough to create a whole world around it (a la Escape From New York) and I wish he did.

Though I don’t think that there is a parallel with anything Romero has done, at this point I feel the need to mount a spirited defense of John Carpenter’s Vampires (1998).  I know, I know, but screw you, I like it.  The big reason why is James Woods is such a macho dick swinger in this movie!  In most respects, admittedly, this does not have the classic look of a Carpenter film BUT it does have a few other qualities.  First off, it’s probably the most violent of his films in terms of blood and gore (maybe The Thing surpasses it in gore, but the bodycount is much lower).  Second, it feels like a relatively developed world/set of ideas (like Escape From New York and unlike Ghosts of Mars).  Third, this film uses the classic macho trope of revenge, which I am a sucker for.  Finally, there is abundant dick swinging--Jack Crow vs Valek, Jack Crow vs Montoya, Jack Crow vs the Catholic Church, really Jack Crow vs everyone else in the fucking movie.  Just look at this dialog exchange:
Jack Crow: Let me ask you a question. When you were stabbing that vampire in there?
Father Adam Guiteau: Yeah?
Crow: Did you get a little wood?
Guiteau: Mahogany.
These guys get erections from stabbing vampires in the fucking heart.  That is macho bullshit right there!  Now I fully understand this is not the restrained machismo of Snake Plisken or MacReady but damn do I find it entertaining. 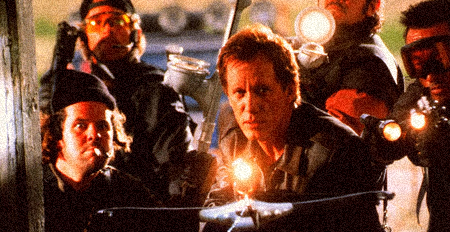 Anyway there’s a few thoughts.  Though not as in depth as my previous entry, hopefully this gives you an idea of how these great directors choose to engage masculinity and maybe it will inspire you to put a macho filter on next time you give one of their films a watch.  My final entry in this series will discuss some of the more recent films in the horror genre that I believe are built upon a macho foundation.