Carl Bachmann is a filmmaker who's trying to get his latest project off the ground - a horror-comedy slasher called PARTY SLASHERS. He reached out to me regarding his project, so I thought I'd share it with the millions and millions of Death Rattle readers, and by "millions" I mean "tens" (on a good day). 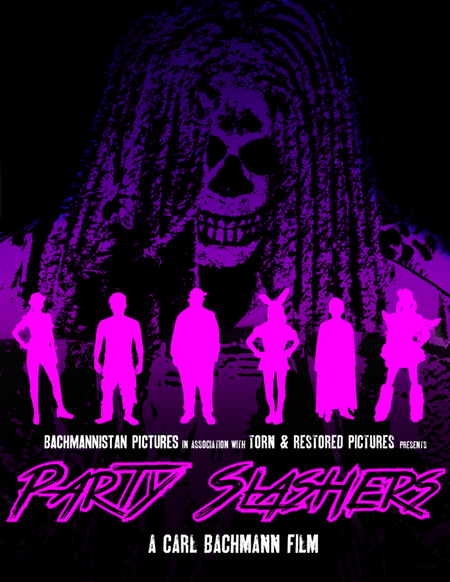 According to the film's Kickstarter page, the synopsis for PARTY SLASHERS is as follows:
A group of high schoolers must survive a Halloween party crashed by undead mass murderers accidentally summoned during a D&D game.

For more info check out the PARTY SLASHERS Kickstarter page HERE and be sure to watch the video, which includes a test scene of what you can expect from Bachmann's feature-length in the event that his campaign is successful.

As with any crowdfunding project, there are a variety of rewards available for whoever backs this particular project. The rewards for PARTY SLASHERS range from digital downloads, physical copies of the movie, custom Grindhouse posters, and being involved in the actual creative process. Again, check out the Kickstarter page HERE and give PARTY SLASHERS a "Like" on Facebook HERE if you're into that sort of thing.

We here at the Death Rattle wish Carl Bachmann the best of luck with his project!