Dangerous Alliance: The Death Rattle teams up with The Movie And Music Network

The folks at the Movie and Music Network have decided to form a partnership with yours truly that will involve some cross promotion, but I mainly just wanna help spread the word for their growing site, which offers a number of streaming movies for you to dig into for a low monthly price! By signing up, you'll have access to a bunch of channels that host feature-length films, television shows, children's shows, and even "adult programming" for you freak-a-leaks. 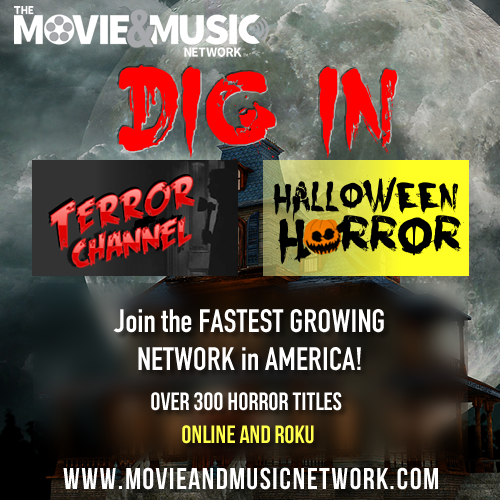 You can head over to the Movie and Music Network HERE and see for yourself - and keep in mind that by clicking the banner on the sidebar to the right, it will allow you to sign up for the site with a special promo code that kicks me back some scratch so I can feed my kids! So, feel free to click the banner or follow this link to the Movie and Music Network to see what they're offering. But, if you're too lazy to do that, you can scroll down a little and see some of the channels that might be of interest to you fans of horror, exploitation, and sleaze. Click on the pictures to see what each channel has to offer. And remember: please use my banner if you plan on signing up.

Also, as part of the partnership, I'll be reviewing a couple of their movies a month and you'll be able to watch those movies for FREE on a new "Reviewed" channel they'll be including on the site. Stay tuned.

CULT EPICS:
The most controversial films of the century specializing in cult, horror, art house, and erotica films.

HALLOWEEN HORROR Channel:
A collection of movies that encompasses all that is freaky, scary and disturbing.

SOMETHING WEIRD CINEMA:
Horror and sexploitation feature films and trailers we just can't get enough of.

TERROR Channel:
The Terror Channel has the most extreme, outrageous insanity, depravity, debauchery, skullduggery and evil ever captured on film, featuring all manner of lunatics, sadists, torturers, psychopaths, murderers, zombies, sexual deviants, flesh-eaters, cannibals, monsters, goths, witches, Satanists, vampires, and all others generally up to no good.