A bible-toting biker comes to the rescue of Native Americans who are being victimized by a group of criminals.

MISSIONARY MAN is amongst the Dolph Lundgren vehicles that have been pumped out since the mid-00's in which he both stars and directs. Here he plays Ryder - a quiet bible-toting biker with a fondness for tequila. Ryder arrives at a small Native American community to mourn the suspicious death of an old friend, only to bear witness to the locals - specifically the surviving family of his departed friend - being victimized by a group of criminals who seem to be above the law. Before he even makes it to the funeral, Dolph's character is beating up a group of people, who are soon established as the lead villain's henchmen, when he comes across them kicking the snot out of a junkie. This of course ruffles the feathers of their boss, Reno (Matthew Tompkins), and, well... you should know how the rest goes. 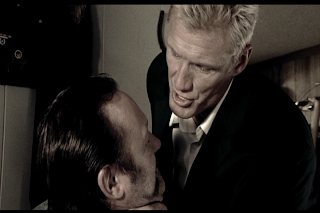 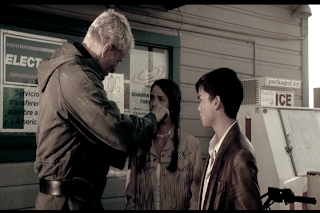 So, what makes MISSIONARY MAN different from the other Dolph movies that I've been reviewing lately? Not a whole lot, which is kinda what I expected. The names and locations have been changed, but the familiar plot structure of a mysterious vigilante taking on a bunch of random goons stays intact. Here, the Russian mobsters are replaced by mean ol' hicks who rock denim jackets and bolo ties, and in the place of the scummy cityscapes are small diners and various Native American iconography, but Dolph sticks to his normal routine of kicking ass, looking cool, and keeping the jabberjawing to a minimum.

I suppose the motive of the antagonists should be mentioned so that this review at least gives the film something resembling depth as opposed to it coming across as Dolph killing a bunch of people for seemingly no reason. The death of Ryder's friend - before it's even established as such - is obviously tied to the lead villain and his henchmen; obvious because it's a convention that's been used in numerous Action films before it. The shady dealings involving the bad guys and the suspicious circumstances surrounding the death of Rdyer's friend begin to surface during a Council meeting in which plans to build a proposed Casino on the reservation are shut down in favor of a smaller venture that would still supply the locals with the same amount of employment opportunities. The "smaller venture" was something proposed by the friend of Dolph's character before he passed, and when Reno and his henchmen are visibly upset by the plans of a Casino being halted, their motive for running amok on the locals becomes pretty clear. There's a lot more to it that I'm leaving out for the sake of not spelling out the entire movie for everyone, but that's the gist of it.

For the most part, Dolph's character minds his own business and sticks to becoming acquainted with the family of his late friend. However, when they eventually become a target of Reno and his crew of cowboys, he comes to their defense and and unleashes HELL in the process... or something. 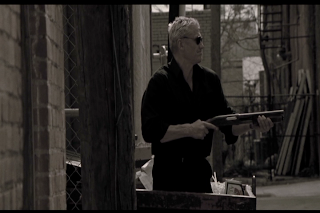 If you've seen one genre movie in which the hero represents a "wind of change" and stands up to ruthless bad guys, you've pretty much seen them all. MISSIONARY MAN is no exception, and in fact it's a lesser, duller example of these sorts of films. Like the other directorial efforts of Dolph's that I've seen thus far, it's more or less a showcase for him as an Action star and has no interest in telling an intricate or intriguing story. That's fine, but unless you're a fan of The Dolph, MISSIONARY MAN and other films like it will get lost in the shuffle. One positive aspect about Lundgren's directorial efforts are that they at least look good. They aren't glossy by any means and are definitely reflective of their respective budgets, but they're all shot in a decent enough manner and are really crisp in quality while maintaining a grainy look that gives them a retro feel.

MISSIONARY MAN is disappointing in so many ways, not just as an Action film but as a Dolph film. Not that it will come as a shock to people familiar with Dolph's films, but his character here lacks charisma and is quite boring (one could blame it on Lundgren, but I'll blame it on the character with hopes that he won't read this and track me down). The villain, while villainous, isn't really established enough to make him seem like anything more than fodder; it's almost as if he's on the same level as his henchmen, except with more lines of dialogue. The only standout character, in my opinion, is the leader of a biker gang (John Enos III) that doesn't even show up until the final third of the movie. 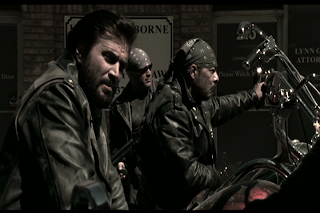 Had the first half of the film been re-written, or at least handled carefully, this could have been a somewhat worthwhile entry in Dolph's filmography. Once the aforementioned biker gang is introduced, the film takes the violent turn that one would have expected much earlier on; blood is finally shed, a dangerous villain is introduced, and something very interesting happens with Dolph's character that reminded me a of a certain Clint Eastwood Western - the title of which I'll withhold so as to not spoil a nice surprise - that will make you look at the film in a new way once it's all said and done. Everything leading up to the final act of the film, however, is sub-par and kinda boring, to be honest.