Set against the backdrop of Spain's Franco dictatorship and directed by Álex de la Iglesia (THE OXFORD MURDERS, THE BABY'S ROOM), THE LAST CIRCUS follows a "sad clown", Javier, who joins a circus, falls in love with an acrobat named Natalia, and clashes with her abusive boyfriend and fellow circus clown Sergio over her affections. Javier's subsequent relationship with Natalia (or lack thereof) and constant abuse at the hands of Sergio drive him to madness, paving the way for a meltdown of chaotic proportions. 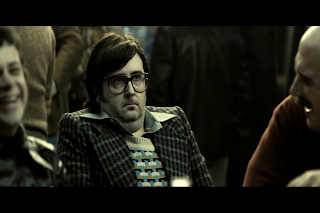 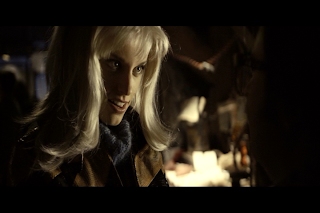 Seeing as it's directed by one of the more interesting Spanish filmmakers working today and revolves around circus clowns (something you don't see much of in cinema these days), I had fairly high hopes for THE LAST CIRCUS that ultimately weren't lived up to. In the end, there doesn't seem to much of a point behind the story, and the film as a whole comes across as a vanity project for the director. On that note, the opening credits sequence is basically a collage of stills that range from war-related imagery to cult entertainment icons that have nothing to do with the film, like Lon Chaney, Racquel Welch, and Paul Naschy. There are also numerous homages to various films and directors sprinkled throughout THE LAST CIRCUS that most cinephiles will be able to point out.

Like all of de la Ieglesia's films that I've seen, LAST CIRCUS looks fantastic and is shot well, which is pretty much the best thing I have to say about this film aside from the strong performances from the three lead actors (well, mainly Antonio de la Torre, who's a fucking powerhouse in this). My biggest issue with the film is that none of the central characters are likable. Javier is miserable and devoid of personality, Sergio is rotten, and Natalia's masochistic traits contradict any intentions to portray her as a victim, thus making it very hard for the viewer to feel even the slightest bit sorry for her. On the other hand, actress Carolina Bang (de la Iglesia's girlfriend in real-life) has a great presence and constantly demands your attention when she's on screen, regardless of what you think of the character she's portraying. 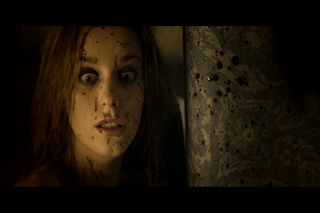 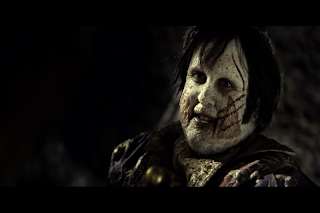 There's supposedly a commentary on fascism here, as well as the whole Franco dictatorship that lasted from the 1930's to the 1970's, but I may have just been too overwhelmed with how annoying the characters were and the amount of back-and-forth psychotic behavior between them to pick up on it. As I mentioned earlier, it simply felt like a backdrop to the story rather than it coming across as a metaphor or a commentary of any sort. Overall, an obvious exercise in stylish filmmaking, but I personally didn't get much else out of it and can't bring myself to recommend it to anyone who doesn't have a tolerance for extremely dark humor. If you're even remotely curious about the film because of the twisted circus aesthetic (which was the case with me), my advice would be to seek out (or stick to) SANTA SANGRE and pass on de la Iglesia's latest. Another reviewer referred to THE LAST CIRCUS as Tim Burton's BATMAN, except with two Jokers and no Batman. For what it's worth, I'd say that's an apt comparison.