Released from prison after serving a three-year sentence, a former thief named Ugo Piazza is hassled by a former colleague, Rocco, regarding $300,000 of the mob's money that he allegedly stole and stashed somewhere prior to getting locked up. He's pursused by the mafia despite constantly denying knowledge of the missing loot's whereabouts, and it gets to the point where he's basically forced to start working for them and partake in a money-trafficking operation. Meanwhile, Ugo gets reacquainted with an old flame, Nelly, and is harassed by a police commissoner who wants to use him as bait take down an elusive mobster known as "The Americano".

CALIBER 9 (also known as MILANO CALIBRO 9) is the first in a trilogy of films directed by Fernando Di Leo, who's regarded as one of the better filmmakers to have tackled the Eurocrime genre. The "Milieu Trilogy" has been on my must-see list for a while now, and I can at least speak for this film in particular when I say that it didn't let me down in the slightest. It's not a Eurocrime film with an overt amount of sleaze or shock value, nor is it one that relies too heavily on the conventions of the genre; CALIBER 9 is a character-driven film with a solid plot that's never overshadowed by the film's very blatant political and social commentary. Extremely hard to follow if you're not giving it your undivided attention, but ultimately rewarding - if anything for the final twenty or so minutes when there are twists at every corner. And, lest we forget, Babs Bouchet belly-dancing. 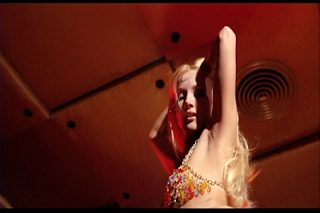 The film has a solid opening in which some of the mafia characters (Rocco in particular, who's played wonderfully by Mario Adorf) are established rather bluntly. A discreet exchange of money goes wrong, and so Rocco and his henchmen (one of whom spits on a pidgeon!) find those involved and deal with them accordingly. And they don't just execute them, mind you, but they beat the shit out of them, take them all to a cave, and blow them up with dynamite. The criminals don't exactly keep up the streak of mean-spirited behavior throughout the film, but it simply gets the message across that these are people you don't wanna cross. 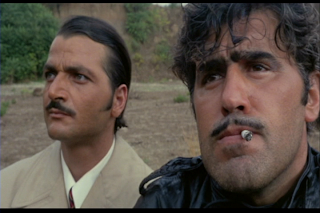 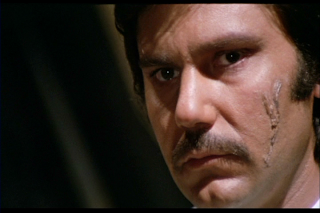 The main character, Ugo, is really easy to get behind despite him essentially being a criminal, and he seems to be a prototype for many of the action movie anti-heroes who have appeared in cinema since, although it's probably not the case. In fact, calling him an "anti-hero" wouldn't exactly be fair since he does make an attempt to go straight in the film and avoid confrontation at all costs. One of the reasons he's easy likable is because he's a human punching bag for everyone in the film (literally and figuratively) and he's portrayed as an underdog, which is ironic since it's later revealed that he actually has the upper-hand on everyone around him. That, combined with the fact that actor Gastone Moschin has a great look and plays his character well. 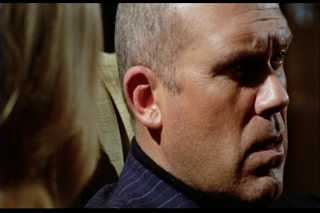 Some of the political and social commentary may go over your head, but the clashing of left-wing and right-wing ideals that are addressed in the film is something that most adults can relate to - Luigi Pistilli's character, Inspector Mercuri, representing the "Left" (odd seeing Pistilli play a sympathetic character) and the hard-nosed Police Commissioner representing the "Right". Furthermore, this is a film that you really have to pay attention to, because a lot of the dialogue in the film is crucial in regards to getting a better understanding of the statements and commentaries that are made, as well as the plot and character development in general. CALIBER 9 doesn't go out of its way to spell everything out for you, which is something I appreciate.

Overall, CALIBER 9 is a solid movie with one of my favorite Eurocrime anti-hero/protagonists that I've seen thus far. Not the most stylish Eurocrime movie, but inherently gorgeous, simply because it's shot in Italty. Mario Adorf is memorable as Rocco, and Barabara Bouchet looks as stunning as in anything else I've seen her in and has just the right amount of screen time given that she doesn't initially play an important role in the plot, but it's Gastone Moschin who really makes this film, in my opinion. Admittedly a little challenging for me to get into for the most part, but the final act of the film is absolutely compelling.