A group of mountain climbers in Scotland are hiking through the woods when they suddenly hear a faint noise that sounds like a little girl screaming for help. Long story short, they find themselves intervening in a deadly-serious kidnapping plot, and they subsequently become the targets of some ruthless criminals.

A LONELY PLACE TO DIE takes its time with the characters before taking a sudden turn into crime-movie territory, so by the time it happens you theoretically find yourself attached to the group of friends and root for them when they're in danger. And trust me when I say that it's more than just a case of these mountain-climbers being pursued by some goons with guns; the mountainous setting makes them vulnerable to attack from many angles, which the film definitely exploits, and when you consider the fact that these mysterious criminals don't fuck around and are expert shots to boot, the protagonists are fair game before the first act is over. That being said, there's a level of uncertainty to the film that I admire, in that it's established during the first act that no one is safe and that the characters in the film will not be saved by cinematic cliches. 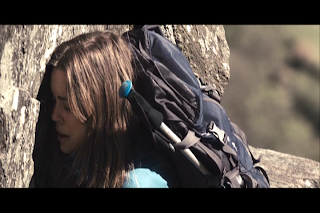 Without spoiling anything and getting into specifics, A LONELY PLACE TO DIE is almost a completely different film by the time its over in terms of style and tone. Also, the film makes you think that the characters introduced in the first act are gonna play a big part in the rest of the movie, only to yank the carpet out from under them to a certain extent. From there, new supporting characters are gradually introduced while still keeping some of the central characters at the center of attention for the most part, with everything sort of falling into place as the film draws closer to its somewhat twisty conclusion. That might sound kind of vague, but the bottom line in regards to the structure of the film is that it plays with expectations without bringing things in from way out of left field. 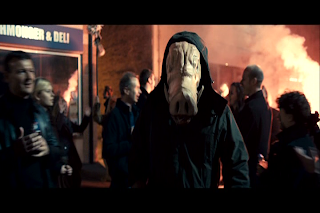 There's some great camera work in the film, especially during the first act when the actual mountain-climbing and outdoorsy stuff happens, although the helicopter shots became a bit excessive at a certain point. There are also a number of underwater sequences that look really impressive because of how they're shot and lit. The best thing about the film, though, for me, is the cast. Melissa George can be hit or miss with me, but she's pretty good here, as are the actors who play her friends and hiking partners. In my opinion, the standouts are a few of the actors who play the characters that are involved in the kidnapping plot. In particular, the rat-faced Sean Harris, who played the sewer-dwelling killer in Christopher Smith's CREEP, is really fucking good as one of the kidnappers. Karl Roden, who most of you will probably know from HELLBOY as Rasputin, also turns up in this and is decent as "Darko". 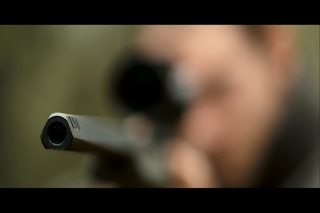 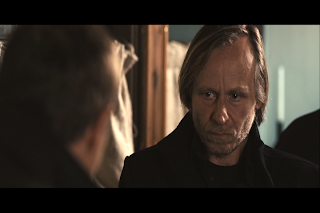 A LONELY PLACE TO DIE isn't an amazing film by any stretch, but it's worth checking out if you're in the mood for a good thriller. It slows down considerably in the second act as the story sort of transitions more and more into the actual kidnapping aspect of the plot, and the pace from that point forward doesn't really live up to that of the first act (probably the best part of the film), but there are enough little twists and turns here and there to keep things interesting. As a whole, it's pretty good as a thriller, it's well acted, the characters are easy to invest in, and it looks pretty good for the most part. Great moments of violence all throughout the film as well.