The Batiri are the resident demons of CHIKARA and one of the busiest teams in indie wrestling today. They'll be competing in CHIKARA's King of Trios tournament (one of the biggest tournaments in pro-wrestling) during the weekend of September 14-16 in Easton, PA. If you happen to be in the area that weekend and want to see three days' worth of mind-blowing wrestling, please purchase tickets for the event at KingofTrios.com. Also check out the links below to keep up with The Batiri so you can catch them in action if they happen to swing through your town. And bring Pop Tarts!

1. Who are you and where are you from?
We are the Batiri: the demonic minion Obariyon, the hellion warmonger Kodama, and the Prince of ALL goblins Kobald... We dwell in the mustiest of caves in Bled Island, Slovenia ... Go to TheBatiri.com to find out more... 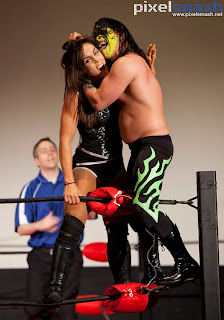 2. Where might people know you from?
People should know us from our ventures in AIW, CHIKARA, and many other wrestling organizations across the country, in folklore and/or Biblical texts, and in their worst nightmares... Soon we will be known as the ones who destroyed the world!

3. When it comes to what you do, who or what are your major influences?
Dr. Strangelove, Hiroshima, and Taka Michinoku

4. What four peoples' faces would you put on your own personal Mt. Rushmore?
We would put ourselves along with Delirious ...When we destroy this world and rebuild it...we will do just that...

5. What's the last album you bought?
Our crystal ball allows us to get albums for free... Kobald recently acquired the Offsrping "Days go by"... Kodama received the new Nicki Minaj, and Obariyon only listens to live music...

6. What are the last movies you saw in theaters and on DVD/Blu-Ray?
"Get the Gringo"
"Dark Knight Rises"
"God Bless America"

7. What's the last podcast you listened to?
Chikara's Podcast a Go Go...

8. What's the last video game you played?
Our crystal ball does not have an HDMI connection ... 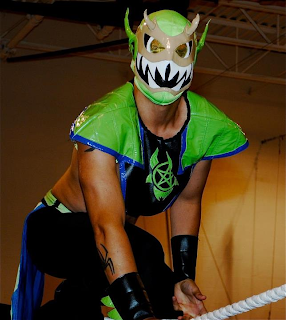 
12. Create a playlist of ten songs that give people an idea of your musical taste.
1. Our theme song
2. "Whatever " Our Lady Peace
3. Sounds of Souls being stretched over jagged peaks of Hades
4. "Be a man" Macho Man
5. "Monster" Kanye West
6. "1980" Dirt Nasty
7. "Who's the man" Tim Donst
8. "Slim Pickens Does The Right Thing And Rides The Bomb To Hell" Offspring
9. "Separate Ways" Journey
10. "Call me maybe" Some ugly chick

13. If you could spend the day at an amusement park with one person from the entertainment industry, who would it be and why?
Dash Chisako ... look her up and we need not explain more... 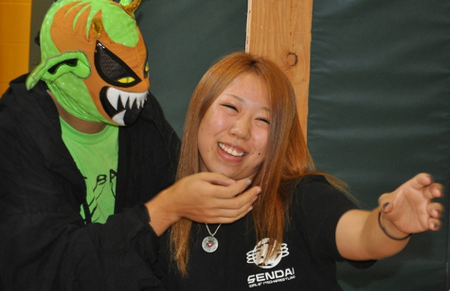