I'm sure most of you reading this who are part of the blogosphere are familiar with The Lightning Bug's Lair, which has been going strong for four years now, but hopefully this week's 13 Questions will shed some light on the keeper of the Lair - The Lightning Bug himself, Zachary Kelley, who I'll be meeting in just one week's time at Horrorhound Weekeend in Indianapolis. Enjoy! 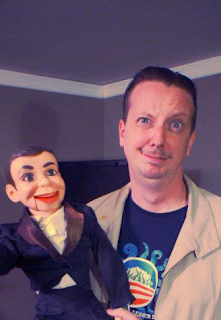 1. Who are you and where are you from?
I’m Zachary Kelley, sometimes known as the ever lovin’ blue eye’d T.L. Bugg. I hail from the upstate of South Carolina, Greenville to be exact, Taylors to be very exact, and if you need more exact than that, you’ll have to give me a chance to brush up on my longitude and latitude.

2. Where might people know you from?
I’ve been penning The Lightning Bug’s Lair, my home for genre film reviews, for the past four years. I’ve written for Paracinema Magazine, Italian Film Review, The Gentlemen’s Blog to Midnite Cinema, the Bloodsprayer, bthroughz.com, Cinema de Bizarre, Video Tape Swap Shop, and I have a piece in the upcoming issue of Cashiers du Cinemart. If you eschew reading, you may have heard me on one of my shortlived, best left unmentioned podcasts or guesting on The GGTMC, Hammicus Podcast, and Action Attraction. Coming soon, I’ll be assaulting the pod waves again with a new project to debut in a few weeks.

3. When it comes to what you do, who or what are your major influences?
My love of genre cinema grew out of a love for Universal Horror movies back when I was a lad. I’m talking about starting off with condensed versions on Super 8 that we checked out of the library. These films lead me to their offshoots and so forth and so forth, but I have to give particular credit to two very dissimilar writers, Joe Bob Briggs and William Burroughs. Briggs taught me how to bring humor and conversational tones into my writing while Burroughs always inspires me to let the words flow. My writing is usually a fairly intact versions of what comes out of my head, free thought, but also always remembering rhythm and language in the dialog. I know that probably sounds drippy, but the combination of the two is how I approach my writing.

4. What four peoples' faces would you put on your own personal Mt. Rushmore?
Sam Fuller, Hunter Thompson, William Burroughs, and Abbie Hoffman

5. What's the last album you bought?
The new Scissor Sisters, The Magic Hour. Sadly, I liked it less overall than their last couple of albums.

6. What are the last movies you saw in theaters and on DVD/Blu-Ray?
I went to the cinema to see that new classic The Expendables 2. It was good, better than the first.

On DVD, I watched Aguirre, Wrath of God again because it was about time for my bi-annual viewing. Truly, one of my favorite films, and one of the few I will bother to upgrade to Blu-Ray someday. 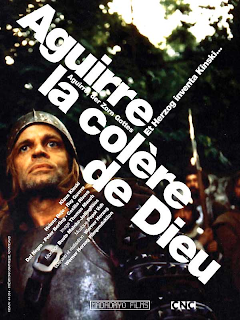 7. What's the last podcast you listened to?
WTF with Marc Maron with special guest Andy Daly. I’ve always been obsessed with comedians, and since Episode 1 of WTF, I’ve been glued to these interviews.

8. What's the last video game you played?
Does Tetris on my phone count? I don’t really do that anymore. When I got into writing about movies, it was like methadone for the World of Warcraft addiction I was looking to overcome. (Before that it had been a couple years of Everquest.) So I really don’t touch the stuff. I’ve played some at my friend’s pad, and he showed me Lollipop Chainsaw, which was cool, but I could see how I would lose a lot of time to a game system. 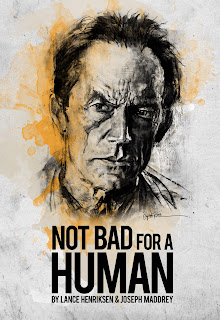 9. What's the last book you read?
Not Bad for a Human by Lance Henriksen & Joseph Maddrey. I got the book a while back, and since he’s going to be at Horrorhound Weekend, I thought I should brush up on my Lance…Henriksen that is.

10. What are your favorite sports teams?
Sports… lets see you play those with the balls in the outdoors right. Well, I don’t really watch sports for the most part. Last time I really cared about the NBA, David Robinson was still playing. So at one time The Spurs. Nowadays, I really don’t follow them at all. Except the Olympics, and then I get the fever and my wife gets sick of my Olympic fever. (After all, she married a guy who watches no sports. I think that was a big selling point in my favor with her all along.)

11. What cartoon or comic book character can you relate to the most?
Of all these questions, this is the one that has me a little stumped. I kind of feel like I should go with Tim from The Life and Times of Tim, but that seems sad. So I’m going to say Opus from Bloom County. Cripes, that doesn’t make me sound any better at all.

13. If you could spend the day at an amusement park with one person from the entertainment industry, who would it be and why? 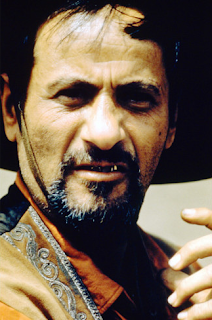 My first instinct is to pick Quentin Tarantino. I mean what couldn’t we talk about. Or rather what couldn’t I listen to him yammer on about. However, I think despite his need to constantly pontificate he would still want to ride rides. That just won’t do. Because, let me tell you friends, the Bugg don’t ride rides, and I’m not going to hold Quentin’s crap while he rides stuff. Then the second level of thinking comes in, and why wouldn’t I want a day at an amusement park with Salma Hayek? I’d even hold her purse while she rode roller coasters and such, but at the end of the day, what would I have to show for it except a greater skill at hiding my, ahem, excitement around Mrs. Hayek? So I decided I had to go with a choice that would amount to something, and not something entirely unpleasant or embarrassing/an arrestable offense. Since I was avoiding being arrested, I decided no bringing dead persons back to life although the question didn’t stipulate such a thing was out of bounds. This all lead me to think about the oldest living entertainment personality I could, and then it hit me, the 96 year old screen legend Eli Wallach. He wouldn’t be up for riding any Tilt-A-Whirls or Pirate Ships. I’m sure he’d prefer sitting in a faux fifties diner listening to telling stories and ordering one Diet Coke after another, that would be my kind of trip to the amusement park. My only concern is that I’ll run into some kid of bucket list situation and somehow accidentally kill off Eli Wallach when he convinces me to put him on the Mind Scrambler.