13 Questions: Johnny of The Cryptkeeper Five

The Cryptkeeper Five are a band based out of Trenton, New Jersey, they play the punk rock, and they're a band you need to be listening to if you're not already doing so. Once you get to know their vocalist/guitarist Johnny, check out the links below for all your CK5 needs! 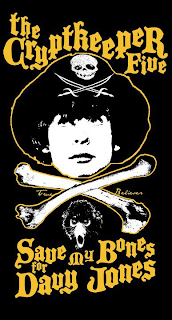 Johnny of THE CRYPTKEEPER FIVE from Trenton, New Jersey

2. Where might people know you from?
I am the Singer/Songwritter for The Cryptkeeper Five.

3. When it comes to what you do, who or what are your major influences?
Bruce Springsteen, The Ramones, Rocket From The Crypt, The Misfits, The Arcade Fire, The Clash, Presley and Costello, Roy Orbison, Tom Petty, Johnny Cash, Prince, Buddy Holly...

4. What four peoples' faces would you put on your own personal Mt. Rushmore?
JOEY, JOHNNY, DEE DEE AND MARKY

5. What's the last album you bought?
"TRIBUTARIES" by The Reveling and "ALL THAT WE KNOW" by Larry And His Flask

6. What are the last movies you saw in theaters and on DVD/Blu-Ray?
Last movie in the theater? THE DARK KNIGHT RISES! Last at home? Tim and Eric's Billion Dollar Movie.

7. What's the last podcast you listened to?
I don't really listen to many podcasts.

8. What's the last video game you played?
KungFu! Do you have Nintendo yet? It's sooo much better than Atari!!! 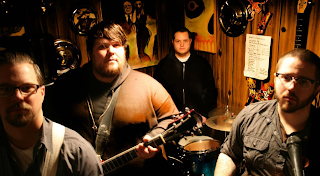 10. What are your favorite sports teams?
The Bad News Bears 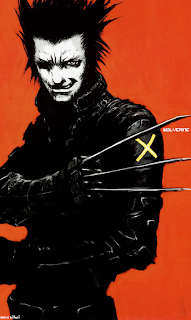 11. What cartoon or comic book character can you relate to the most?
Wolverine or Muttley (without Dick Dastardly, of course)


12. Create a playlist of ten songs that give people an idea of your musical taste.
The Ramones - Do You Remember Rock and Roll Radio?
Bruce Springsteen - Born To Run
The Arcade Fire - Wake Up
Rocket From The Crypt - DitchDigger
Tom Petty - Walls (Circus)
The Beach Boys - Sloop John B
Delta Spirit - Bushwick Blues
The Misfits - Theme For A Jackal
Tom Waits - Going Out West
The Green Goblyn Project - Song Right Now

13. If you could spend the day at an amusement park with one person from the entertainment industry, who would it be and why?
Bill Murray... I don't really think this needs any explanation does it? 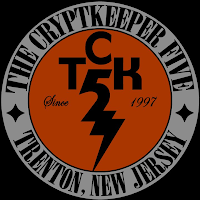