It took me years to watch this movie. The first copy I got was on one side of a double-sided disc paired up with THE DEVIL'S NIGHTMARE, and on the other side of the disc was PIECES and another movie. To say that it looked like shit would be an understatement; the quality was BAD. And then I picked up the now OOP Mario Bava box set that Anchor Bay put out and tried watching it again. A couple of times, actually. For some reason, and despite all the great things I heard about it, I still couldn't get into it. A couple of minutes would go by and I would just get bored and want to watch something else. But then I recently sat down to watch it and it was like coming home. Maybe I was just in the right mood, or I watched it in the right atmosphere, or both, but the eerie music and the unmistakable Mario Bava visuals in the opening minutes of KILL, BABY... KILL! grabbed hold of me like a drunken uncle and molested me... but in a good way! Oh, atmospheric European gothic horror, how I've missed you. 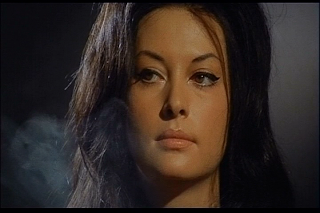 Set in the 19th century, KILL, BABY... KILL! (make sure you pause between BABY and KILL! when you say it out loud) sees a mortician named Dr. Eswai arrive to an isolated village to team up with a local Inspector to investigate a recent death. A young woman fell to her death in the aforementioned mood-tastic opening sequence and was impaled on a gate. Eswai's arrival to and subsequent treatment in the village by the suspicious locals is similar to that of Jonathan Harker in DRACULA in that there's something going on underneath the surface and the odd looks he gets would either suggest he's not welcomed or he's made a terrible mistake by showing up. Whatever the case, the Inspector isn't sure about the circumstances surrounding the young woman's death and wants Dr. Eswai to determine via autopsy if her demise was the result of a suicide or homicide. I'm not sure how an autopsy would prove this, but whatever. 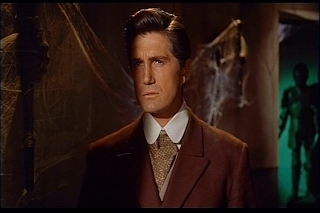 The Inspector soon disappears from the picture for whatever reason (go figure), leaving Dr. Eswai to work on the case himself. As he does so, he meets an assortment of strange characters and is met with hostility by superstitious locals who aren't fond of his medical practices. Among those characters is Monica, a student of Natural Science who was brought to witness the good doctor in action, as well as an extremely photogenic raven-haired "sorceress" who could potentially pose a problem to the investigation. There are whispers of a place called Villa Graps, and what appears to be the apparition of a young girl sporadically shows up to make things interesting. As the investigation goes on, Dr. Eswai finds himself in a waking nightmare where things aren't what they seem. 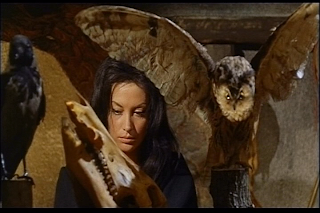 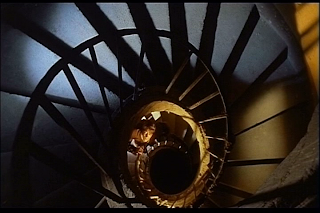 Anyone who's seen at least one of Mario Bava's horror films knows what he's capable of when it comes to creating an otherworldy, nightmarish atmosphere, and KILL, BABY.... (pause) KILL! is no exception. This movie has more atmosphere in the first couple of minutes than most modern-day horror movies do in ninety. Bava comes correct with a color palette of purples, blues, greens, and browns to create a dreamlike aesthetic that compliments the supernatural theme of the film, and accompanying the visuals is an eerie score that plays over what seems like 98-percent of the movie. Once the film grabs you and lets you know what's in store in terms of the visuals and mood, it doesn't let go. I realize this may all sound like hyperbole. KILL, BABY... KILL! is not a perfect film, but one thing that it does get right is atmosphere, and I'm sure other people who've seen this movie would agree. 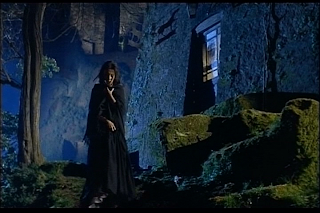 Just so it doesn't sound like I'm completely blowing smoke up this movie's ass, I thought a lot of the dialogue was pretty weak, although this could be a case of the dubbing and certain things being lost in translation, which could be the case for a lot of European horror movies as far as I know. However, there was a lot of annoying info-dumpy and exposition-heavy dialogue in this movie, some of which was not subtle in the least bit. That's just a small complaint, though, and at the end of the day it doesn't really matter. This is a mood film - a visual treat for fans of old-school Gothic horror of the European variety. It's the type of movie I'd put on in the background at a Halloween party or something; you could still enjoy it based on the cinematic experience of it alone and not even pay attention to the plot. Speaking of Halloween parties, you could even make a good drinking game out of this and most likely be hammered before the final act even starts. Drink every time: there's a crash zoom, the ghost girl appears out of nowhere, someone says "Burgermeister", and someone screams from another room. You're welcome.