EXCISION revolves around a dysfunctional white-collar family in suburbia. To paint a picture, we have the strict, God-fearing and borderline crazy mother (Phyllis), the irrelevant father (Bob), and the youngest daughter, Grace, who is probably the most normal of the bunch but suffers from the debilitating and life-threatening disease known as Cystic Fibrosis. And then we have Pauline, who's the main focus of the film. Her unkempt appearance is that of a feral woman who was domesticated, and she has a fascination with death and anything morbid. For example, her short term goal in the film is to lose her virginity while menstruating, and in general she also fantasizes about necrophilia and lots of blood. 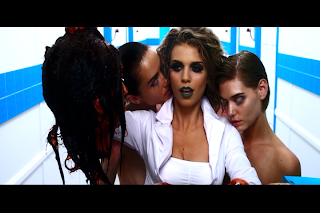 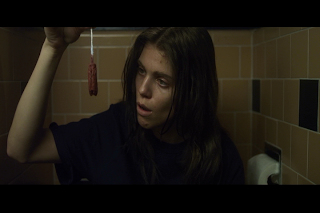 With the characters out of the way, that brings us to the plot: there isn't one. EXCISION is a character-driven film that doesn't quite go anywhere until the very end, with most of the focus, again, on Pauline and how unusual yet fascinating she is. The film as a whole is like a mix of Todd Solondz and Eli Roth; a family drama that goes to some dark and disturbing places mixed with a coming-of-age story and lots of sickening gore and horrifying imagery. As far as how the gore plays a factor, most of it occurs in Pauline's fantasy sequences rather than in the context of the story. She doesn't quite have anyone she connects with on an emotional level, so she escapes to these dark places in her mind where she's glamorous and surrounded by the things that interest her, namely death and graphic sex. It doesn't take long before it becomes obvious that these fantasies are a visual representation to the viewer of a mental disorder that isn't really addressed. 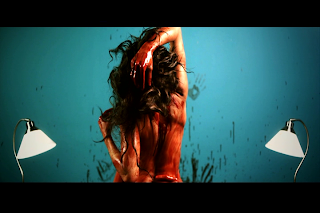 Since most of EXCISION is about the character of Pauline, it's up to actress AnnaLynne McCord to carry the movie, and luckily she turns in a pretty solid and memorable performance. This role was a brave choice for McCord - a humanitarian who does a lot of charity work and normally plays characters that are the polar opposite of Pauline - but she ran with it and is very believable in her role. The people who worked on McCord's cosmetics really went out of their way to make her look as disgusting as possible and it worked. Acne, thick eyebrows, pale, and just plain dirty-looking. She's so unattractive in this that it's almost comedic. Not that being unattractive is funny or anything, but her appearance is so extreme that you can't help but find some humor in it. In any event, McCord's transformation for the role is admirable.

There's some noteworthy stunt casting in EXCISION. In general, unless it's some sort of ensemble piece or a film with a solid script and directed by someone who knows how to get good performances out of any actor, the familiar faces can take away from a movie and turn it into a spectacle. It also reeks of desperation from the filmmakers' part in some cases. In EXCISION we have Malcom McDowell as one of Pauline's teachers and Ray Wise as her principal. There's also some ironic casting with Traci Lords as Pauline's mother and John Waters as a priest. They're all fine and people I admire to an extent, but, again, it goes back to what I said about a film becoming a spectacle. John Waters gets a pass, though, just because he's John Waters and he should be in everything. Something else that I found to be a disappointment was the relationship between Pauline and her mother. It's not entirely believable, and I never got the feeling that they've been a family for a long time. Instead, it feels like the first time they're on screen at the same time is the first time they've been together, like Pauline was adopted and just thrown into this weird situation. Perhaps it's me being nit-picky or missing the point of the movie, but for a film in which "family" is a main focus, the family unit in EXCISION was just a bit too awkward and campy for the seriousness of the film's later moments to fully resonate. 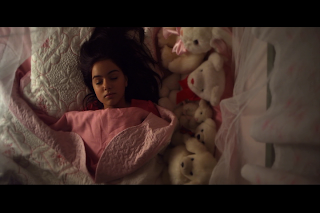 Speaking of family, one thing I did like was how Grace, and her living with Cystic Fibrosis, was portrayed. It never came across to me as exploitative, and Grace added a much needed level of humanity to the film. Also, when it's all said and done, Grace is probably the most important person in the movie for reasons that I needn't necessarily get into. I can't say much else about the movie itself other than it takes a pretty shocking turn towards the end and that there are a lot of gross-out moments throughout. The last five minutes of EXCISION are jaw-dropping and will hit you like a sledgehammer. Not the most well-paced or re-watchable movie, but it's a solid transgressive film that does what it sets out to do, and it has some of the best horror imagery that I've seen in quite some time.