In 1994, three film students - Heather Donahue, Josh Leonard, and Mike Williams - ventured into the forests of Burkitsville, Maryland in search of a local legend known as the Blair Witch, with hopes that they could capture evidence of it with their borrowed cameras. They eventually turned up missing without a trace, and the only clues surrounding their disappearances are the hours of rough footage they shot before they vanished. THE BLAIR WITCH PROJECT is a shocking collection of real found footage that was edited together to show the events leading up to the sudden disappearance of the film students. And perhaps the most shocking thing about the footage is the suggestion that there's in fact something supernatural that exists in the forests of Burkitsville, which could mean that this documentary is essentially the holy grail of paranormal investigation footage. 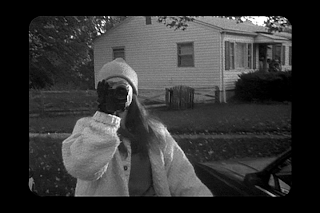 Of course we all know that the above paragraph is a bunch of bullshit, but let's be honest... back in the day you either bought into this film's brilliant marketing campaign or wanted to believe it. I personally don't remember how I felt about it at the time, but I do remember that it piqued my interest as not only a horror fan but as someone who was once (and still is to a degree) fascinated with the paranormal. Filmmakers Daniel Myrick and Eduardo Sánchez essentially conspired with the cast and crew to market BLAIR WITCH PROJECT as a legit documentary of three people being terrorized in the woods by a mysterious entity and subsequently disappearing, and what's crazy is that a lot of people believed the hype. 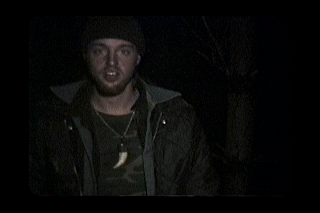 The marketing campaign for BLAIR WITCH was a genius idea, and it's perhaps one of the last films in the history of genre cinema that was released with any sort of mystique around it - the same mystique that was killed by the dominance of the internet and social media in terms of how consumers are able to access information. In other words, it would be really hard to get away with anything similar in this day and age because of how available everyone and everything is. CATFISH and EXIT THROUGH THE GIFT SHOP are two exceptions of course, but in terms of horror cinema, nothing has even come close to duplicating what BLAIR WITCH did, but it's not to say that people haven't tried. 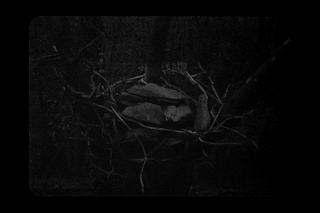 It wasn't until years after first seeing BLAIR WITCH and getting deeper into cult cinema that I became aware of accusations that it ripped off CANNIBAL HOLOCAUST, so maybe Myrick and Sánchez aren't as creative as I - and I'm sure a lot of people - initially thought. The thing is, after finally seeing CANNIBAL HOLOCAUST for myself, I never once considered the accusations as being anything beyond comments made by elitists who felt the need to stir up controversy, but I won't ever deny the obvious similarities. In the early 80s, CANNIBAL HOLOCAUST was presented in the context of it containing footage that captured elusive jungle-dwelling cannibals in their natural habitat and of the film crew being brutally murdered. Because of how believable it was, director Ruggero Deodato was eventually summoned to court and forced to prove that the cast members of CANNIBAL HOLOCAUST were still alive. BLAIR WITCH never went that far, and people found out sooner than later that everything in the film was staged, but there's a lot to be said about the initial believability of (and the secrecy surrounding) the faux documentary. 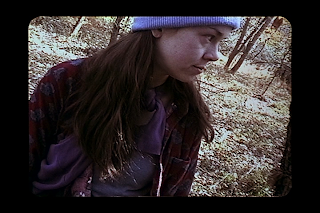 This is such a well-known and widely-seen film at this point that I shouldn't even have to discuss the plot, but I will anyway for the sake of synopsizing it. As I mentioned earlier, three films students set out to make a documentary about a local legend in Burkitsville known as The Blair Witch, which is a female apparition that haunts the woods and its surrounding areas. The crew initially interviews some of the townsfolk before heading out into the woods with the intention of camping, investigating, and capturing footage of who-knows-what. As the hours and eventually days go by, the crew becomes disoriented and paranoid after getting lost and making some strange discoveries. They also argue a lot. Things take a turn for the worst once the unexplained noises at night begin to intensify and two of the crew members wake up one morning to discover that the third person is missing.

I've given a lot of credit thus far to the filmmakers and the film's marketing campaign, but the cast of BLAIR WITCH is just as responsible for its success as anything (or anyone) else. In a way, I wish I never learned about how this film was made, but that sort of information is almost impossible to avoid in this day and age. Basically, the filmmakers followed the actors through the woods and kept enough of a distance to where they couldn't be seen. The directors also operated with a certain level of secrecy that excluded some (or all) of the actors from how everything would play out, but they were also accessible enough to control the environment and communicate with the actors in a way that would make them aware of what marks to hit and what paths to take. According to one of the filmmakers, the only time nature didn't take its course is when one of them intervened to break up an argument that got heated. But despite being in a controlled environment, the actors really sold the shit out of everything that went down, which in turn sold the "reality" angle. 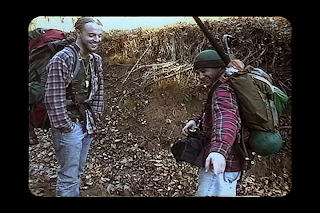 Because it was outed long ago as being staged, the scare factor is inherently lessened once you realize that what you're watching is completely manufactured, but there's still a lot of sincerity to what's on screen. Nonetheless, BLAIR WITCH is a creepy film for a lot of reasons, not the least of which is the "less is more" approach that the filmmakers took. A lot of found-footage movies that have since followed in the footsteps of BLAIR WITCH feel the need to show you everything, whereas this film suggests everything and shows very little. Unfortunately, things happen in the movie that made this an easy target for other filmmakers to spoof it, but a thousand SCARY MOVIE sequels could never take away from the impact that BLAIR WITCH made and its importance in the horror genre.